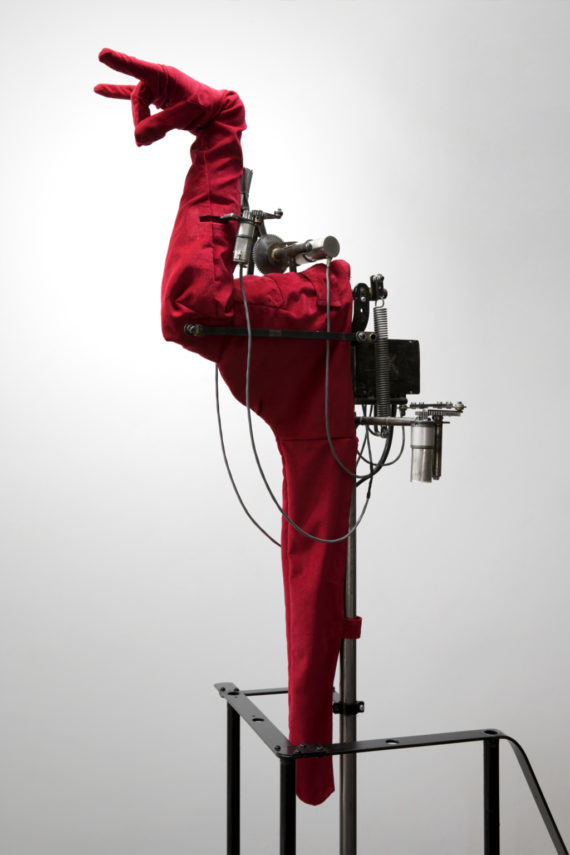 The Marvellous Mechanical Museum, Compton Verney, Warwickshire
This show reimagines the popular automata exhibitions of the 18th century with work by various artists, inventors and engineers. It includes objects dating as far back as the 17th century that are loaned from collections including the British Museum, V&A and Royal Collection, plus new commissions by contemporary artists such as Tim Lewis, Rebecca Horn and Jane Edden. Highlights include a tiny Fabergé elephant owned by the Queen that apparently walks and flaps its ears, although its fragility –  and the fact that the curators had to send the display cushion to Buckingham Palace for approval – means a live demonstration is probably out of the question.
Until 30 September 2018. www.comptonverney.org.uk

Experiences of Nature: Anthony Whishaw RA, Canwood Art Gallery, Checkley
When farmer Stephen Dale retired he took the unexpected step of converting one of his cow sheds in Checkley, near Hereford, into a gallery. Since opening two years ago, Canwood Art Gallery’s reputation has gone from strength to strength, with work by well-known artists including Carl Andre and Henri Matisse being showcased. Its latest show features work by Royal Academician and member of the London Group Anthony Whishaw, as well as that of his late wife, Jean Gibson, plus sculpture by her former pupil, the French fashion designer and sculptor Nicole Farhi.
Until 29 July 2018. www.canwoodgallery.com 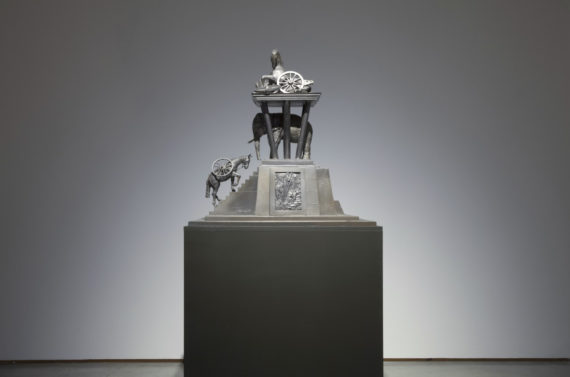 Michael Sandle: Monumental Rage, Grosvenor Museum, Chester
London based artist Michael Sandle is known for creating work that deals with the abuse of power in global conflicts. Coinciding with the centenary of the end of the Great War, his latest show is a timely exploration of themes including violence, war, death and memorialisation. It includes sculptures, drawings and prints spanning sixty years, with highlights including the recent hard hitting bronze sculpture As Ye Sow So Shall Ye Reap: An Allegory (Acknowledgements to Holman Hunt). It takes the figure of Christ from a Victorian painting The Light of the World, transforming it into an F-16 fighter pilot holding the severed heads of five girls. The work offers a ‘powerful denunciation of the hypocrisy of Western military involvement in the Middle East’.
Until 7 October www.events.westcheshiremuseums.co.uk 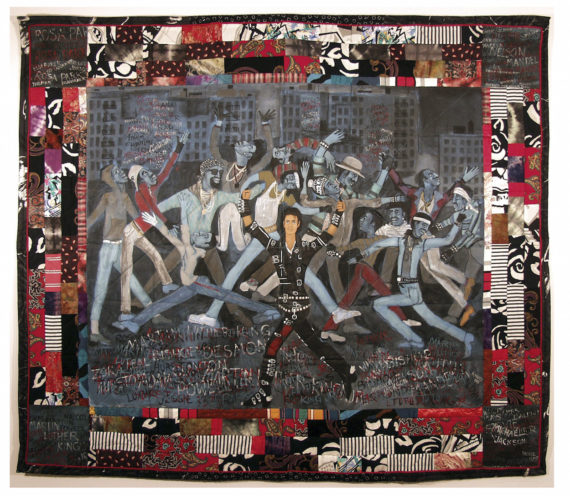 Michael Jackson: On the Wall, National Portrait Gallery, London
The ‘King of Pop’ would have been 60 in August, and this exhibition offers a timely reminder of his iconic visual personality. It explores how, ever since Andy Warhol first used his image in 1982, Jackson has become one of the most depicted cultural figures in visual art by a wide variety of different artists. The show brings together work by 40 artists, including Jeff Koons, David Hammons and Glenn Ligon, plus a number of newly commissioned pieces.
Until 21 October 2018. www.npg.org.uk 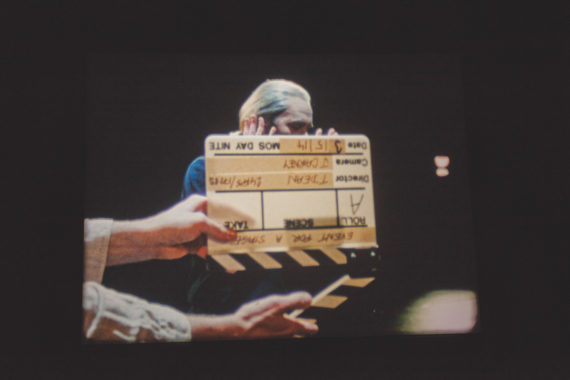 Tacita Dean, Fruitmarket, Edinburgh
Although former Turner Prize nominee Tacita Dean has previously worked with drawing, photography, installation and collections of found objects and images, she is now probably best known for her use of film. For her latest show – which complements her current London show at the Royal Academy – she explores it as a medium, with the focal point being her work Event for a Stage, which was originally commissioned for the 2014 Sydney Biennale as a live theatre piece. Other works on show include early installation Foley Artist, which dramatises the fiction of cinematic sound, plus the more recent film His Picture in Little, featuring three actors who have all played Hamlet on the London stage.
Until 30 September 2018. www.fruitmarket.co.uk