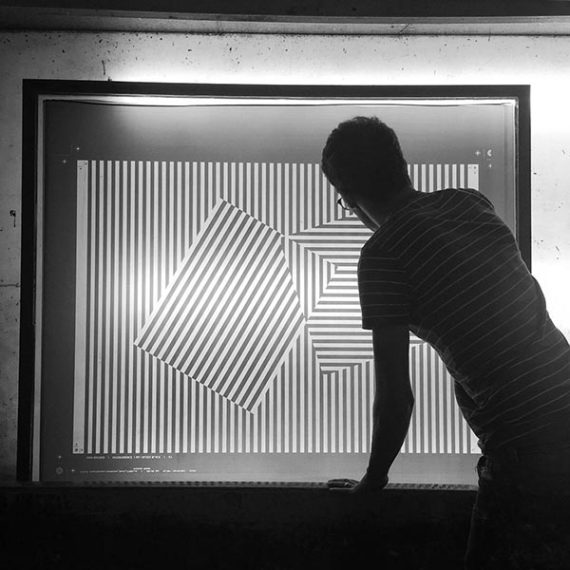 London Graphics, Thames-Side Studios Gallery, London
This intriguing group show has been curated by painter and graphic artist Phil Ashcroft. It features work by various fellow Thames-Side Studios-based graphic artists alongside other painters and designers Ashcroft has worked with or been a fan of over the years. With an approach that is both painterly and design focused, there are 15 exhibitors in total (including Ashcroft) with work from Richard Woods, Sinta Tantra, Swifty, Rob Swain, Supermundane, Saffron Frameworks, Dan Mather, Cedar Lewisohn, Paul Hetherington, modern activity, CHK Design, Gerry Buxton, Will Barras, and Barnbrook.
Until 25 November 2018. www.thames-sidestudios.co.uk 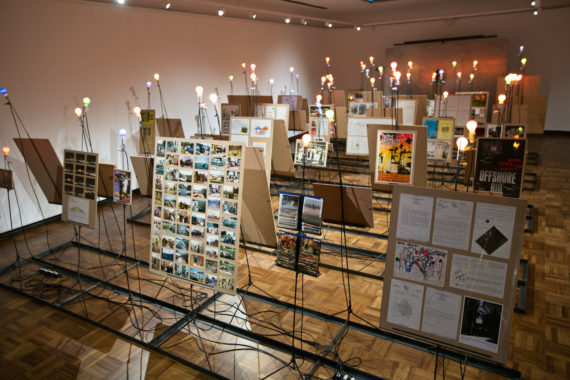 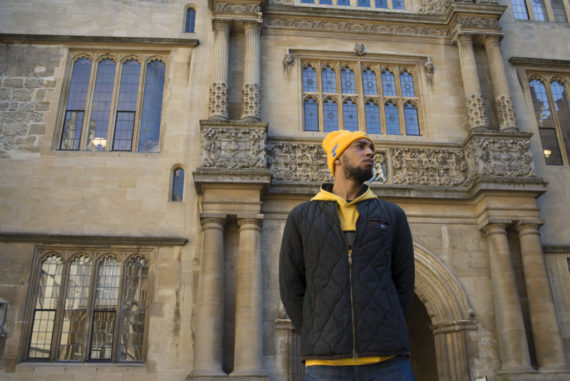 Penny Woolcock: Fantastic Cities, Modern Art Oxford, Oxford
Artist and director Penny Woolcock’s broad-ranging career has spanned film, opera and television, with her work exploring the impact of economic conditions on individuals’ lives and aspirations. The focal point of this show is three new moving-image commissions, including When the Same Road is a Different Road, a new film installation featuring the responses of the artist and a young gang member on a short walk through a city. In addition, When I First Saw A Gun offers reflections on personal gun use, while Fantastic Cities is a sound and film installation exploring the mythologies of Oxford and Los Angeles.
Until 3 March 2019. www.modernartoxford.org.uk 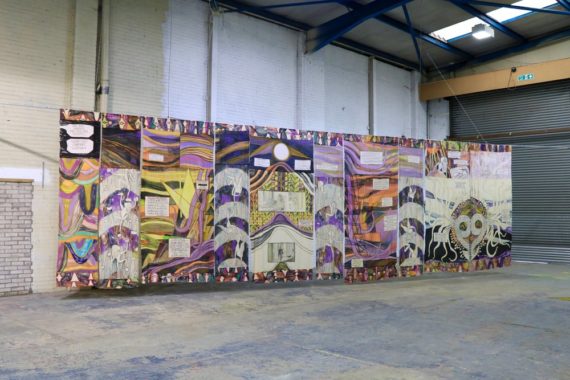 Emma Talbot: 21st Century Sleepwalk, Caustic Coastal, Salford
This show features a large-scale installation of new work by Emma Talbot, who was this year selected for the John Moores Painting Prize exhibition. Spread across Caustic Coastal’s three exhibition spaces and exterior, the show is an exploration of the ‘epic nature of birth and death and the living sleepwalk in between’. It includes a wall of painted silk hangings, plus a series of three-dimensional works.
Until 1 December 2018. www.causticcoastal.biz 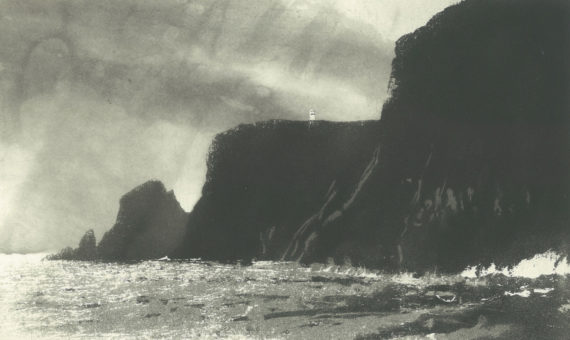 Norman Ackroyd: The Furthest Lands, Yorkshire Sculpture Park, Wakefield
One of Britain’s best-known landscape artists and contemporary printmakers, Norman Ackroyd‘s latest exhibition explores the western edges of the British Isles. Through a series of aquatint etchings and a small collection of watercolours, he charts the journey from the Shetland Islands and south over 950 miles to the far south-west point of Ireland. Also on display is Storm Over Gildersome, Ackroyd’s first ever etching that was created at Leeds College of Art in 1959 and has never been on public display before.
Until 24 February 2019. www.ysp.org.uk