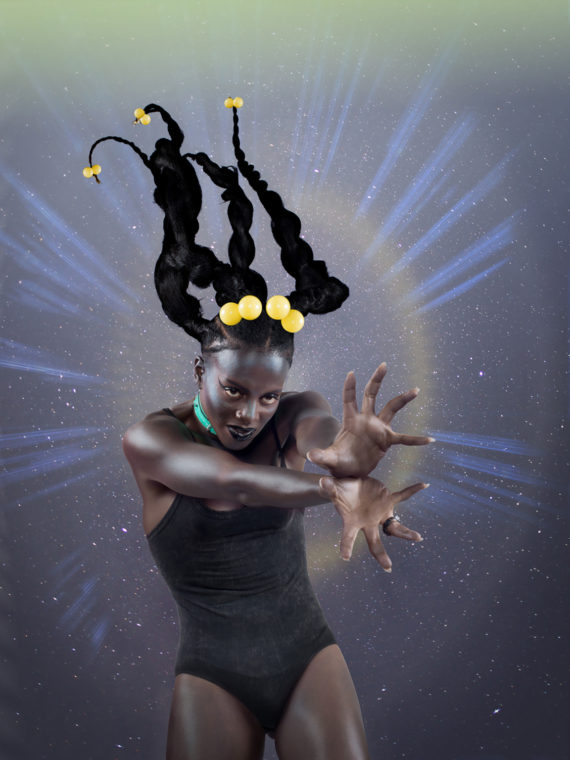 Kiss My Genders, Hayward Gallery, London
This group exhibition features over 30 international artists whose work explores gender identity. Spanning five decades, it includes over 100 artworks which engage with gender fluidity, as well as with non-binary, trans and intersex identities. Ranging from photography, painting and sculpture to installation and video, it challenges conventional understandings of the body and representations of the human form. Highlights include Jenkin van Zyl‘s new video work Looners and a site-specific installation by Brooklyn-based visual artist Chitra Ganesh, while South African artist Athi-Patra Ruga has created a display of ‘stained glass’ on the windows of Queen Elizabeth Hall and the Hayward Gallery foyer. Other artists featured include Sadie Benning, Zoe Leonard, and Zanele Muholi.
Until 8 September 2019. www.southbankcentre.co.uk 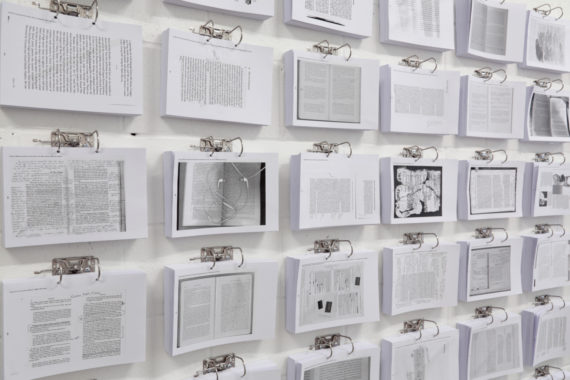 The Annotated Reader, Fruitmarket Gallery, Edinburgh
This show is being framed by artist Ryan Gander and writer Jonathan P. Watts as a ‘publication-as-exhibition and exhibition-as-publication’. They posed a question to a range of creatives, artists, academics, writers, musicians, and designers: ‘If you missed the last train home, is there one piece of writing that you would want with you for company in the small hours?’ 300 contributors, including Marina Abramović, Art & Language, Paul Clinton, Tom Godfrey, Ragnar Kjartansson, Sarah Lucas, Alistair Hudson and Hans Ulrich Obrist, were invited to suggest a piece of writing and then annotate it, with the final display offering a snapshot of the perspectives of hundreds of creative people. Visitors to the exhibition are invited to tear off printed texts to take home, while USBs featuring all the submissions can be purchased from a vending machine for £5.
Until 14 July 2o19. www.fruitmarket.co.uk 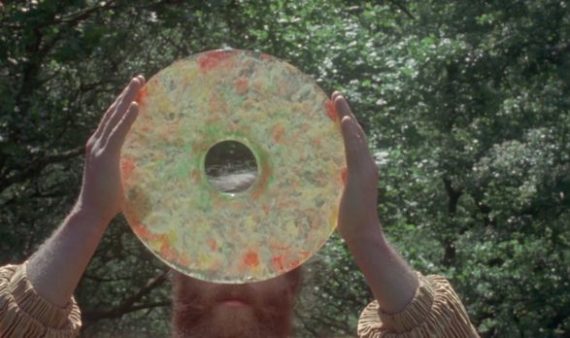 Rumblestrip, g39, Cardiff
This show is named after the rumble-strip – a line of ridged road paint on the side of motorways, there to alert drivers to danger. The exhibition features six artists whose work captures an unsettling moment of change, carrying a strange sense that something is not going right and that there are signs that should be heeded. Included is Emanuel Almborg’s work documenting a youth theatre project that deals with the 1839-1843 Rebecca Riots in Wales and the London riots of 2011, plus Paula Morison’s archived catalogue of natural disasters and a ‘countdown that is also counting up’. The other artists showing are Jessica Warboys, Nooshin Farhid, James Moore and Paul Eastwood.
Until 13 July 2019. www.g39.org 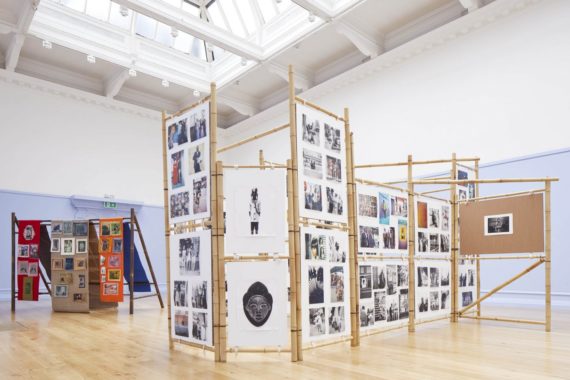 Liz Johnson Artur, South London Gallery, London
Russian-Ghanaian artist Liz Johnson Artur’s first solo show in the UK features a number of new sculptural works that incorporate photographs from her archive of images documenting the lives of people from the African diaspora. Taken across Europe, America, Africa and the Caribbean over the last three decades, this exhibition focuses on London where Artur has lived since 1991. It includes four hanging and floor-based bamboo cane structures that host various images taken across the city, including in Peckham Rye, at black-majority churches and at non-binary club nights, plus still life images taken in the artist’s London studio.
Until 1 September 2019. www.southlondongallery.org 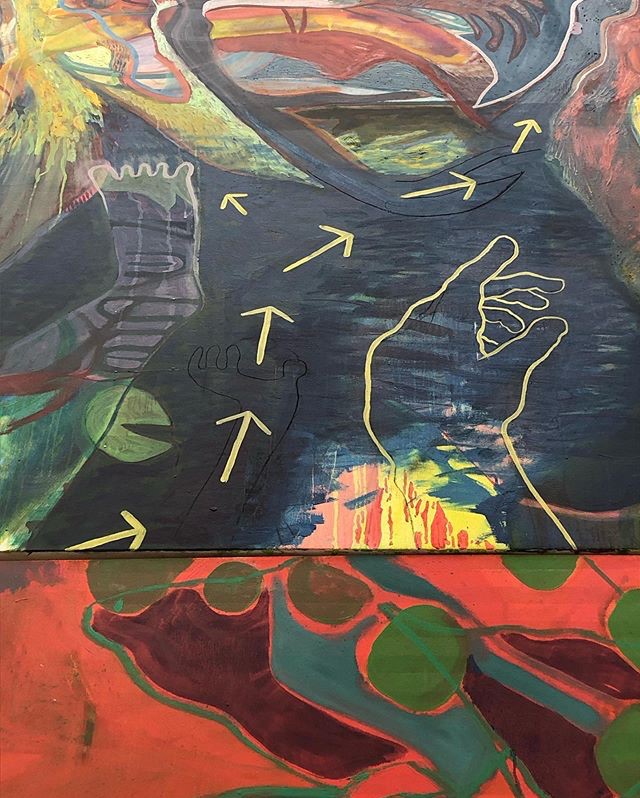