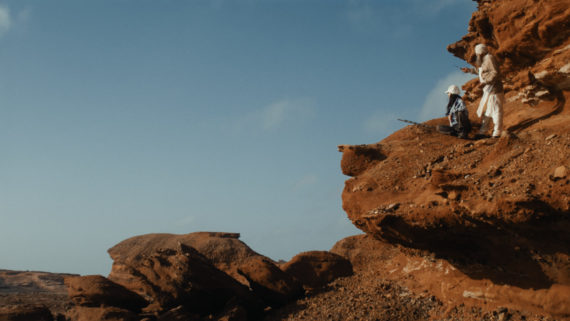 Shezad Dawood
The latest in the DRAF Broadcasts: On Screen series features an episode from Shezad Dawood’s ongoing ten-part film cycle Leviathan. The work envisages a near future eerily like our present, whose inhabitants are the survivors of a cataclysmic solar event. The episodes are developed by Dawood in dialogue with a wide range of marine biologists, oceanographers, political scientists, philosophers, neurologists and trauma specialists. This special screening is part of a collaboration with ArtReview Art Lovers Movie Club, Modern Forms and The Ryder, and showcases the first five episodes of the ten part project.
Until 24 June 2020, David Roberts Art Foundation, London www.davidrobertsartfoundation.com/broadcasts/ 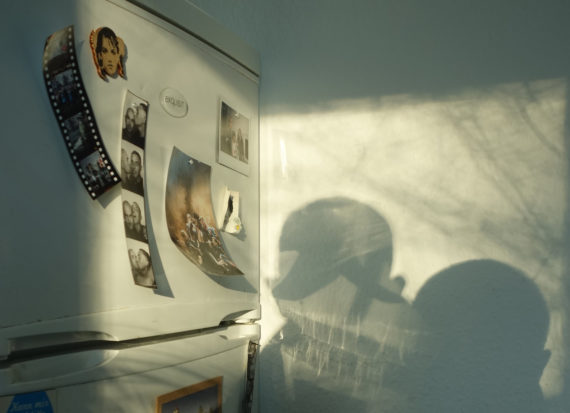 Queer Correspondence
Since the arrival of Covid-19, alternative forms of artistic production, distribution and reception have come to the forefront, with Cell Project Space’s new mail art initiative seeking to ‘nurture the indeterminate spaces of possibility that are put forward by subcultural lives’. Between June and December 2020, artists and writers have been invited to begin correspondences that will establish connections between queer families through writing, poetry, photographs and other 2D forms. This month, inspired by the methods of living history, artist Alex Margo Arden and artist and writer Caspar Heinemann will produce a multi-sensory experience invoking themes of ‘trickery and trapping’.

In addition, Cell Project Space has also launched Cellular, a new experimental live art and media-based programme comprising a multi-purpose ground floor event space at Cell Project Space and an online platform on Cell’s website. Originally conceived to run alongside the exhibitions programme at the gallery, Cellular will launch six pilot commissions of on-site and digital works to be delivered with and without physical audiences between now and the end of the year. Featuring commissions by: Krzysztof Bagiński, Sanna Helena Berger and Shade Théret, Joseph Funnell and Carlos Maria Romero, Shenece Oretha, Atièna Riollet and Mohammad Tayyeb.
Until December 2020, Cell Project Space, London www.cellprojects.org 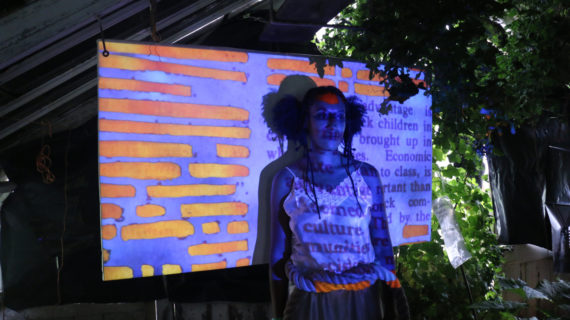 Female Figures
Female Figures was devised in 2017, born from a desire to present an alternate view of women’s bodies and women’s stories. In recognition of the under-representation of female animators within the independent animation sector, the programme spotlights some of the work crafted by contemporary animators, both in the UK and internationally. Abigail Addison, Director of Animate Projects, will lead a Q&A with Jessica Ashman, Anna Bunting-Branch, Birgitta Hosea and Michelle Kranot, which will take place on Zoom. Highlighted in our busy members’ Events section.
2 July 2020, Animate Projects, Derby www.a-n.co.uk/events/female-figures-online-talk/

Error & Power
Artcore Gallery’s Error & Power Residency started in early May but due to the Covid-19 pandemic the two selected Artists in Residence, Naho Matsuda and Neale Willis, worked from home rather than in its physical residency space. The resulting exhibition is an exploration of the artistic strategy of creating space for chance, and the unintentional mistakes and errors that occur to help shape artists’ work. There is a particular focus on technological error – the glitch, the hack, the syntax error – in media arts practice and political activism, as a response to the pervasive power of technology, and its acts of control, regulation, prevention, its power to both liberate and enslave its users.
Dates TBC, Artcore Gallery, Derby www.a-n.co.uk/events/error-power-exhibition-launch-and-zoom-preview/

Contested Desires
The Contested Desires Artist Film and Video Programme brings together the work of six film and video artists drawn from a global call. Originally due to be launched at an exhibition in Lagos in Portugal in March, the works are now available to view online. Exploring the ways in which our heritage defines our identity and how it shapes our nation states, the programme brings together artists, producers and heritage professionals from countries which were colonised and those who colonised, from the occupiers to the occupied and sometimes both. Featuring: Lara Sousa (Mozambique), Fin (The End); Elena Molina (Spain), Laatash (Thirst); Mia Georgis (UK), Ishtar; Mairead McClean (Ireland), A Line Was Drawn; Hussina Raja (Kashmir), Roots; and Natalia Skobeeva (Russia), Biographies of Objects.
Online now, D6 Culture in Transit www.d6culture.org/contested-desires-artist-film-and-video-programme.html