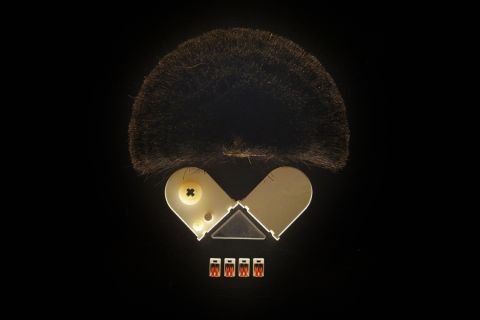 Through the sale of limited edition prints donated by Animate-commissioned artists, the project aims to raise the £5,000 needed to maintain the Collection and keep animateprojects.org live over the next year.

Animate Projects is a UK charity dedicated to championing experimental animation. Their Collection includes 20 years of the Arts Council England/Channel 4 AnimateTV commissions, plus commissioned work and acquired films added to the site over the past five years. The Collection presents a free online resource of over 200 films representing key UK figures in contemporary animation and artists’ moving image such as Emily Richardson, Jonathan Hodgson, Andrew KÃ¶tting, Ruth Lingford, Kayla Parker, Ben Rivers, Jane and Louise Wilson and the Brothers Quay.

Animate receives no public funding towards its core costs and, although the team have pursued opportunities for revenue support, they have recently announced staffing cuts and a relocation from their current office space. The CEL campaign aims to safeguard the legacy of the Animate Collection in this difficult financial climate.

London-based filmmaker Max Hattler is one of the artists contributing works to the sale. Since graduating from the RCA in 2005, Hattler’s award-winning videos have screened at festivals and galleries internationally, he has created and performed live visuals for acts including Basement Jaxx and Diplo, and has recently had a solo exhibition at Tenderpixel, London.

“Animate have been integral to my artistic trajectory. In 2007 they commissioned Run Wrake and myself to present Remixing the Past – live AV performances using home-videos – at the London Short Film Festival. I subsequently took my performance to festivals around the world, which marked my transition from plain VJing to more conceptually considered audiovisual performances.

“This year I got the chance to make my first Animate-produced short film, Shift. My contribution to CEL – entitled 5D-2012 – is derived from this film. I think it’s fair to say that without Animate and the network and audience it fosters, I wouldn’t be where I am today.”

5D-2012 and works by other Animate artists including Suky Best, Carolina Melis, Simon Faithfull, Thomson & Craighead and Run Wrake, will be available to buy online at pinterest.com/animateprojects/cel from Thursday 14 June. Online donations to the campaign can also be made via The Big Give.