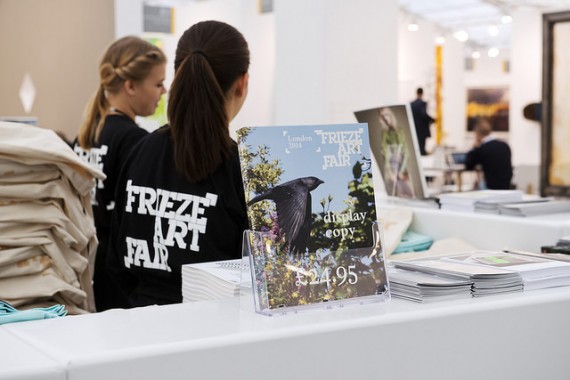 A further contribution from Frieze Art Fair has enabled Tate to purchase two additional works by Slavs and Tartars and Bernardo Ortiz, bringing the total number of artworks acquired through the fund to 100. Over the 12 fairs since 2003, more than £1million has been spent on the work of 69 artists.

Of the six acquisitions, two are by the late Harun Farocki who died in July this year at the age of 70. The celebrated German filmmaker and video artist had created over 120 screen-based works during his lifetime exploring concerns around warfare, consumerism and production. Entering the Tate collection is his 2006 multi-screen installation Workers leaving the factory in 11 decades and his six-channel, 2012-14 installation, Parallel I – IV.

More on this year’s ‘Frieze week’: