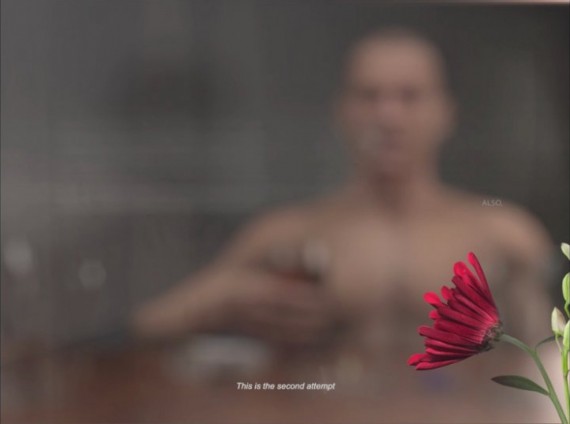 Richard Wright, Tomma Abts; Yinka Shonibare, Jeremy Deller; Ryan Gander, Cathy Wilkes. It’s a list of artists who all have at least one thing in common – they’ve been recipients of a Paul Hamlyn Foundation Award for Artists, an annual programme of support for visual artists and composers which this year celebrates its 20th anniversary.

Initially launched as an award for composers, the first awards for visual artists were given in 1996, with 1997 focusing on poets. But since 1998, every year has seen five visual artists receive a financial award that is paid annually over three years. Visual artists are chosen from a longlist suggested by 20 nominators, each of which puts forward five names. Nominators change every year and are split between art professionals and artists. The list is then selected down by a panel of five judges – again, this changes every year.

The award currently stands at £50,000, significant even for a fairly well-established artist. Crucially, though, the money comes with no strings attached – it is not a commission or an exhibition fee and can be spent how the artist sees fit.

The rationale behind the monetary value of the award is, says the Paul Hamlyn Foundation’s head of arts Regis Cochefert, “for it not to be enough to live well, but for it to be absolutely enough to survive.” And the idea of survival, of ensuring that an artist – whether early, mid or late in their career – can carry on being just that, is central to the awards’ purpose.

“It is to enable you to continue to practice as an artist at a moment of fragility, at a moment when things are maybe getting even tougher than before,” explains Cochefert. “[On applying] we ask artists to describe their practice, why they think they are at a pivotal moment, and we ask what they would like to do with the award, and that’s about it.”

The reasons why an artist may need support are varied and not always directly related to their work. “Sometimes it’s things like childcare, or renting a studio or putting a deposit on a house,” says Cochefert. “Phylidda Barlow for example had an award in 2007 at the end of her teaching position when she was retiring; that was a moment of fragility because the world was about to be a different place and resources were about to be quite different, too.”

Scanning the list of recipients since 1994, there are plenty of artists that have become well-known internationally since their award. There are also quite a few who were seemingly already well-established – such as Gustav Metzger (2006), Michael Landy (2005) and Margaret Harrison (2013). Yet as Cochefert points out, plenty of artists can still struggle financially even when their profile may suggest otherwise, particularly if their work isn’t easily sold or their ambitions outstrip their means.

“Artists lives have always been tricky,” he says. “It’s not an easy choice, and sometimes they have no choice – it just needs to come out and is so compelling that they have no option.”

For the artist Ed Atkins, who along with Pavel Buchler, Andy Holden, Elizabeth Price and Lis Rhodes received an award in 2012, the impact on his practice has been immense. “It’s made a vast difference,” he says. “It’s meant that I could thin down other commitments and focus pretty much exclusively on making my work. Clearly the financial support is literally life changing; it means that a whole raft of very practical solutions, very material changes are possible.”

The absence of any required end result after the three years is, believes Atkins, fundamental to what makes the awards so vital. “It’s essential,” he says. “Pretty much every penny comes to you footnoted, contingent; for an award to ask nothing of you in return, save your newly-steeled devotion, is amazing. It’s such a fantasy of patronage, from another time, from a point of gorgeous philanthropy.”

It’s not just about the money, though – the award has brought other, non-financial benefits. “Just as importantly, it meant for a bolstering of confidence: the award is as much a gesture of good faith and patronage as it is an amount of money,” explains Atkins.

“For me, it meant for a good deal more risks taken with the work. The work I made as a consequence – from Us Dead Talk Love through to Ribbons this year – were every one of them inflected by the award; they are each of them experiments rendered feasible by the credence conferred by the Hamlyn.”

With 85 UK-based visual artists having benefited from the awards so far, and another five set to be revealed tonight when the 2014 recipients are announced, the impact of the Paul Hamlyn Foundation’s Awards for Artists has clearly been significant. And, believes Cochefert, with public funding cuts making the UK’s current arts ecology increasingly shaky, the awards are more important than ever.

“There are less and less opportunities for artists to do other things, because the art ecosystem is tighter… so I think it is tougher for artists now than when the awards began,” he says. “But what is very interesting is that there are permanently new artists coming on the scene doing extraordinary work in really adverse circumstances. And their needs are remarkably similar: a place to work, a place to live, a bit of time off in order to think – these are the things that artists say they want.”

Paul Hamlyn Foundation announces 2014 Awards for Artists – Details of this year’s recipients of the £50,000 award