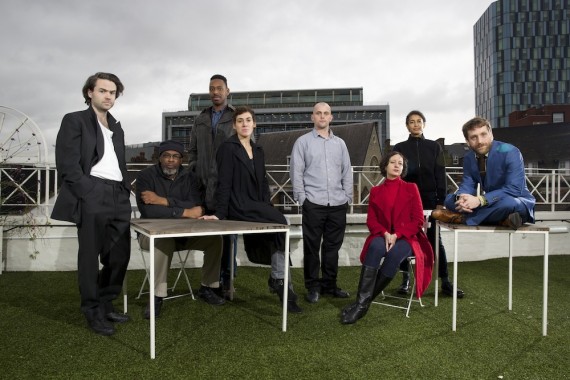 The Paul Hamlyn Foundation has announced the eight recipients of its annual Awards for Artists, which is now in its 20th year. The awards – given to five visual artists and three composers – total £400,000, with each recipient given £50,000 in three yearly instalments.

The awards, which come with no obligation to produce work and no conditions as to how the money is spent, were presented by Jane Hamlyn at a ceremony in the Foundation’s offices in London. A keynote speech was given by the pianist and composer Joanna MacGregor OBE, chair of the composers’ awards judges.

Hamlyn said: “We believe what artists offer to the world is special, and we know they need time and space and a degree of security. Over the past 20 years we’re proud to have awarded over £4 million to a diverse range of individual artists and composers.”

All but one of this year’s visual artists are based in London. Camplin works across the disciplines of drawing, film and video, performance, music and writing. Dean creates bookworks, posters and sculpture, with text at the core of the works.

Nashashibi, who is based in Liverpool having previously lived in Glasgow, is primarily known as a filmmaker but also works in sculpture, photography and printmaking. Palmer works with writing as a form of sculpture, producing live readings, published stories and sound installations.

Richards is the youngest (born 1983) of the five artists and also the one who currently has the highest profile. He was nominated for this year’s Turner Prize for his 2013 video installation, Rosebud, and was a 2012 recipient of the Derek Jarman award.

Paul Hamlyn Awards for Artists: 20 years of support in tough times – Chris Sharratt talks to artist Ed Atkins and the Paul Hamlyn Foundation’s head of arts about the importance of the awards