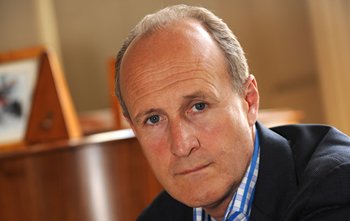 The next chair of Arts Council England (ACE) has finally been announced, with Peter Bazalgette, the current Chair of English National Opera, taking up the post vacated by Dame Liz Forgan.

Perhaps best known for introducing Big Brother to British Television, Bazalgette was also Creative Director of Endemol until 2007. He inherits a difficult brief, including the implementation of 50% administrative cuts at the ACE. He will provide strategic leadership to ACE and act as an ambassador and advocate for arts and culture in England.

Bazalgette commented: “2013 will be an excellent time to join Arts Council England, following the success of the London 2012 Festival and the launch of The Space in 2012. Sustaining our vigorous arts and cultural sector is admittedly a challenge but one I greatly look forward to.”

AIR Council’s Emily Speed was reserved in her judgement, tweeting : “Let’s hope that someone who’s coming from Endemol and ENO will understand the importance of supporting from grass-roots up….” However, artist Max Holloway was not so keen. He tweeted: “museums be afraid…be very afraid.”

Arts professionals’ reaction was mixed, with Johnathan Tuchner, Press Director at Arts and Business, asking: “Will @Jeremy_Hunt‘s final act be his most significant?” Others criticised Bazalgette’s new salary of £40k per annum for only two days a week work. Singing teacher Vicci Davidson said: “£40,000 a year for up to 2 days work. The philanthropy’s loud and clear.”

So what do you make of Bazalgette’s appointment? Is he a proactive appointment that will benefit visual artists? Tweet your responses using the tag #Bazalgette