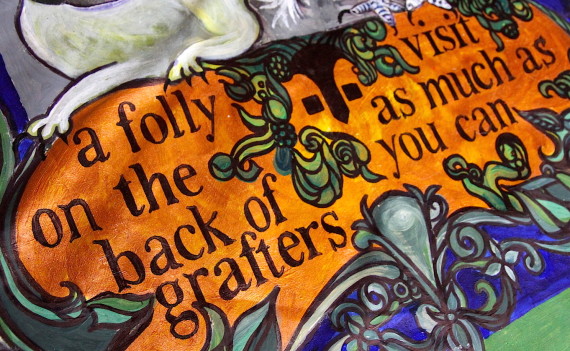 The 19th century, neo-Norman Penrhyn Castle was designed by the unorthodox architect Thomas Hopper as a family home for his clients, the Dawkins family. It was built on land near Bangor, north Wales where the medieval fortifications of a manor house had once stood.

Artists Robyn Woolston, Joanne Wardrop and Lisa Heledd Jones have been in residence at the mock castle – which has been under the care of the National Trust since the 1950s – exploring its hidden history and the class conflicts and struggles that have shaped the local area.

Their resulting works consider the relationship between the local community and the building – in history and today. 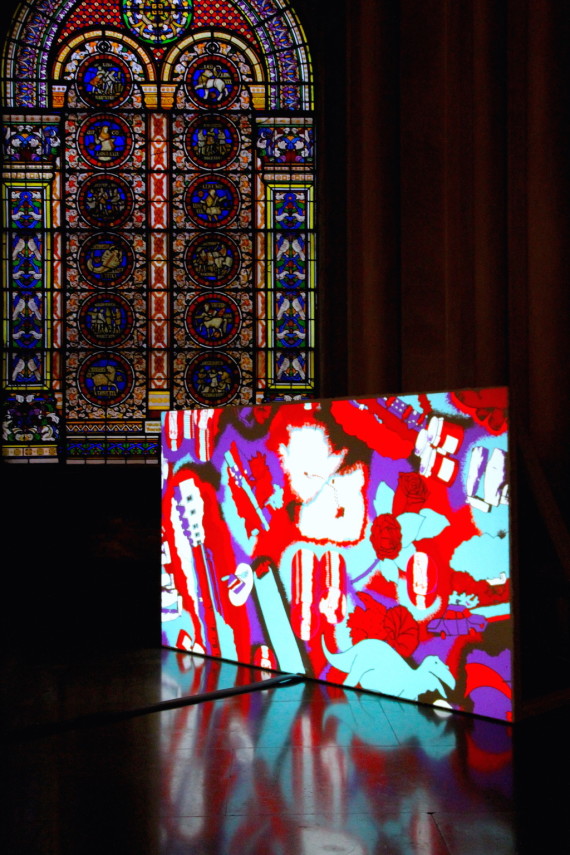 “I wanted to gather local perceptions of the castle and see how those who live outside and around the castle walls understand the site,” says Wardrop. “I did this by inventing an archi-tainment game: people had to shout things they knew about the castle, and if you got a castellated beanbag through the hole in the keep, your idea would be represented on the carpet.”

A 12 metre-long carpet moves across a carpet-textured screen. The real carpet, to be installed in June, will run between the existing carpets in the castle’s grand hall. Woven by Axminster, this casino-inspired wool floor covering illustrates histories of the place, gathered through conversations with people from the area. 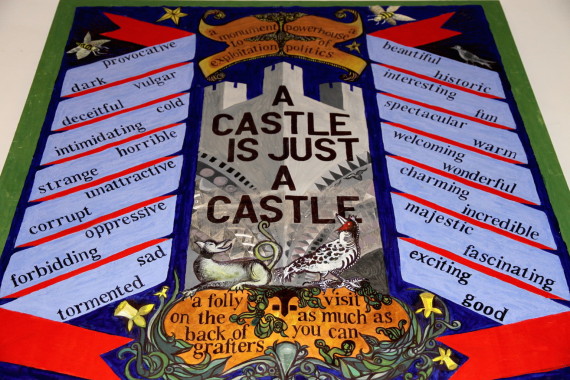 “There are rifts that began during the Great Strike that have continued to the present day, carried down the generations,” says Woolston. “It’s time these narratives were given greater space to ‘breathe’ so as to deepen our understanding of the legacy and history of the people that helped build the castle’s wealth, from a cultural, historical and financial perspective.”

Directing the viewer towards the relationship between the heraldic design of trade union banners and the regalia usually found in castles, Woolston has created two new banners based on messages and statements from the castle’s current volunteers and the historical resonance of the Great Strike of Penrhyn. It’s a juxtaposition of people’s experiences today with an industrial dispute that lasted from 1900-1903. 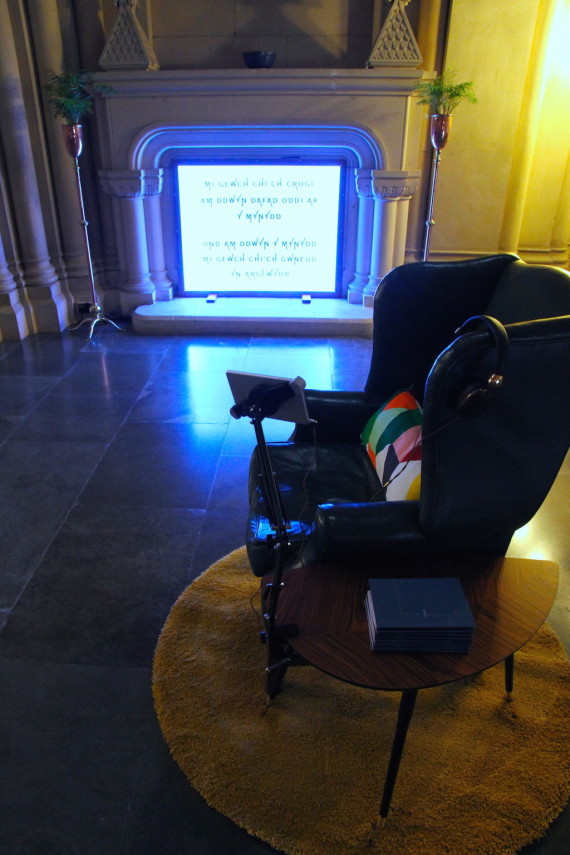 Comfy armchairs with headphones invite visitors to the Castle’s Grand Hall and passers by on nearby town Bethesda’s high street to rest and listen to a series of short stories constructed from sound recordings of the locality and voices of the town’s residents.

The Penrhyn Castle: Artists in Residence exhibition runs until 2 October 2016. Joanne Wardrop’s carpet will be installed from 3 June 2016