Pollokshields Playhouse: a community-led project over the road from the Turner Prize - a-n The Artists Information Company 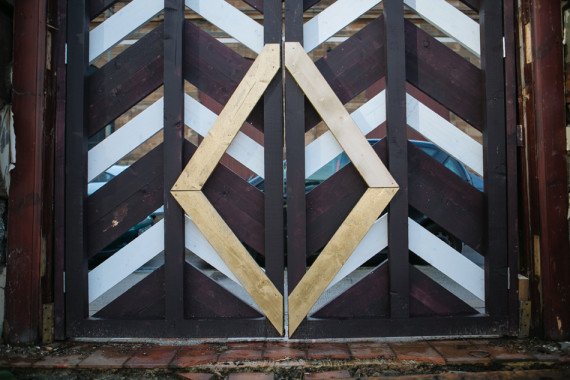 Approaching Tramway, home to this year’s Turner Prize exhibition, it’s hard to miss the large pink signs advertising the show. Splashed across the streets of the Pollokshields area in Glasgow’s south side, they confidently declare: ‘Show Me Something New’ .

As if spurred on by this call to curiosity, opposite the gallery, on an empty development plot full of rubble, something new is taking shape. There’s a shipping container, some carefully placed wooden crates and the rubble has been piled neatly at the back of the plot.

You can see all of this from Tramway’s shop, which looks out across the street. Before October, the view was just a derelict wall but now it is a considered piece of urban art designed by mural curators ReCoat, which cleverly uses reflection to open up the space behind.

This intervention in Glasgow’s rugged urban landscape is not an extension of the Turner Prize and it’s not a beautification mission to make the area more appealing during the three months of the high-profile exhibition. It is in fact Pollokshields Playhouse, a community arts project set in motion by Pollokshields Community Council. 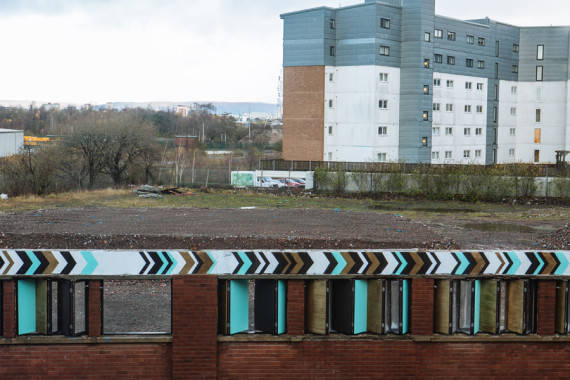 Playhouse launched in October with a series of steering groups bringing together local people with ideas. The project is led by Ria Din (founder of the community garden project East Pollokshields Quad), Pollockshields Community Councillor Bill Fraser, architect Lee Ivett, artist Rachel O’Neill, and Michelle Montgomery Masters, who is leading on community engagement. It plans to be a springboard for artists, designers, and food and film enthusiasts to test out ideas that could have more longevity within the community afterwards.

“I’ve lived in the area for about 17 years,” explains Masters, “we are fortunate as we have a lot of artists living here, members of the team included, and we are utilising these established networks.”

Masters has reached out to local schools, churches and the Glasgow Gurdwara over the road. “We have asked people to be involved at whatever level they want,” she says, “whether they come and build something or an artist approaches us with an idea.”

With use of the plot for up to a year, the project is indebted to Dundas Properties who own the site, including the rubble – a valuable asset that, as O’Neill explains, “is very expensive to move around.”

As an artist, O’Neill is no stranger to socially-engaged working. She led on the large-scale participatory arts project Albert Drive from 2012 to 2013. Albert Drive itself cuts through Pollokshields (Tramway is at number 25) and acted, explains O’Neill, “as the backbone” for launching different community projects, ending in a symposium at Tramway in October 2013.

It’s O’Neill’s job to garner a multi-disciplinary approach for Playhouse, inviting people into the process to offer whatever skills they have. But while Albert Drive was about knocking on doors, the Playhouse site is developing in modular stages, with each new development aimed at exciting the curiosity of local people. 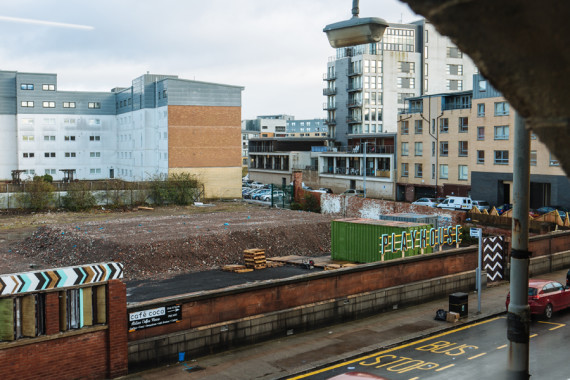 ReCoat’s mural artwork became the starting point for this, followed by a shipping container for meetings and events, then wooden crates to make the site navigable. For its Winter Festival on Sunday, there’ll be ‘Pollywood’ film screenings in the container, plus storytelling and soup made over an open fire.

There is a sign too, designed by recent Glasgow School of Art Communication Design graduate Kat Loudan.

As well as being modular, the project is also somewhat rhizomatic. “When we launched it was nothing and what you see here is literally what we have built by people coming forward,” explains O’Neill. “It is something really active that is constantly changing, and this is a huge theme for us. The hope is that through this process of working with people, the people themselves are able to form what the space is.”

Ivett adds: “Playhouse has genuinely been initiated by people in the community, and it’s been managed by the community. It exists as a sort of counterpoint to what’s happening across the road but also, in some ways, because of Tramway too.”

It is hard to look at Playhouse without referencing Assemble, this year’s Turner Prize winners. “We’ve focussed on the fact that Assemble were shortlisted for having a socially engaged practice, now recognised as an art form,” continues Ivett. “This gives our approach a value and a legitimacy – we’re doing something more than throwing artists into an alien context to make something pretty.”