Rude Food Fiesta: a mouthful out of a meal - a-n The Artists Information Company 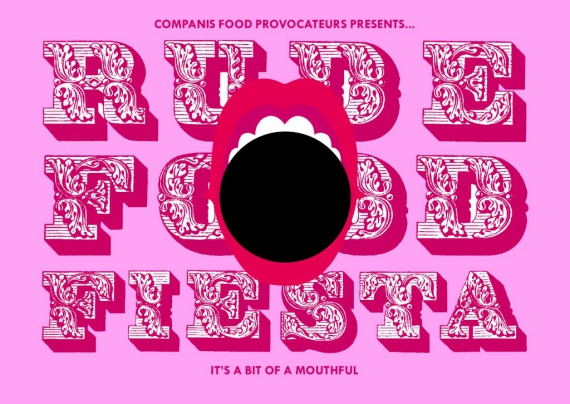 Rude Food Fiesta: It’s a bit of Mouthful!, is the latest participatory artwork from food provocateurs Companis. A creative trio comprising Sian Tonkin, Kaye Winwood and Sonya Russell-Sanders, Companis have staged numerous projects in and around Birmingham since forming as a ‘nomadic curatorial and artistic practice’ in 2009.

The forthcoming fiesta is part of Edible Eastside, which takes place in Birmingham this weekend. “For starters – no pun intended – people will enter through a big, slightly disgusting mouth,” explains Tonkin. “So instead of you swallowing food, we will swallow you!”

Working with performance artists Vicky Roden and Kate Spence, the bespoke, carnivalesque performance-cum-dining experience will include food provided by Albert Smith the Comedy Baker, Honeycat Cookies, Pop Up Dosa and Bearwood Pantry and visitors will be invited to take part in a food demonstration from Kindle Theatre that will involve ‘vagina pasta making’. There will also be what Tonkin describes as “toe-curlingly lewd competitions and races involving food, which are so revolting and/or humorous that any sexual overtones are made obsolete.”

Tonkin adds that everyone will be asked to bring a rude vegetable, paying homage to that famous food fete favourite, ‘best in show’.

Antidote to the food festival

Beginning life as a very British parody of the Olympics, with ideas based around such things as queuing, the stiff upper lip and silly walks races (inspired by Monty Python), Tonkin says that it has since gone to “a darker, more jarring place.”

Billed as an antidote to the typical food festival, Companis, whose previous projects includes, Lip Service, Guerrilla Gastronomy and Floating Feast, approaches its events with a sense of the absurd, often infusing them with influences such as the instructional nature of Fluxus. The group’s name, though, means to ‘break bread with someone’, and the social aspect of the Rude Food Fiesta is key.

“We’d like people to leave their social inhibitions at the door and break their own rules about dining/drinking etiquette,” says Tonkin. “We mostly hope that they have a memorable experience that differs from more usual food festivals and fetes. We’d also love to make it an annual event – we’ve had enormous amounts of fun making it!”