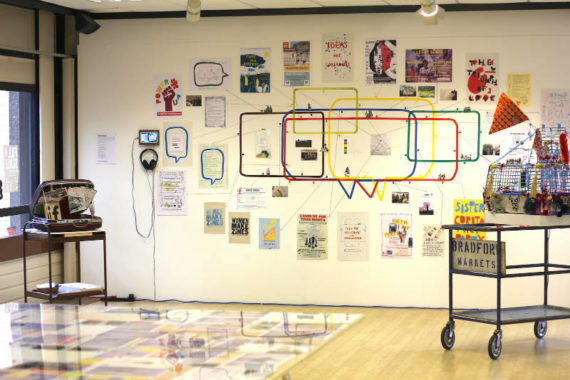 Arrive in Bradford uninitiated and it’s difficult to find the visual arts. The district has a lot to offer but crossover with other disciplines and a focus on local or non-arts audiences means pre-visit planning is required.

Physically opposite, across Goodwin Street, the National Science and Media Museum previously mirrored Impressions in its photographic bent, until much of its collection moved to London’s V&A. A loss for Bradford, yet the outlook under the museum’s new ‘science’ moniker seems positive. Recent exhibitions have included commissions by Owl Project, Noise Orchestra and Liz West, with artworks notably integrated into themed displays not foregrounded as art.

Art mobilised for broader purposes is a theme that resonates in Bradford. It’s explicitly tackled in ‘Full Scale’ at Bradford University’s Gallery II (a venue exploring the role of a gallery in a university with no art students). Subtitled ‘Art’s Use in the Real World’, the exhibition shows international interventionist practitioners WochenKlausur and Chto Delat alongside Islington Mill Arts Academy and locally-based Wur Bradford.

Wur, who usually operate from a unit in Kirkgate market, appear as a community project, arts-activism or social space, depending on when you encounter them. Run on small grants and volunteer effort, they epitomise the open-minded and welcoming approach of Bradford’s grassroots scene.

This inclusiveness has recently drawn more artists to the city. Brick Box hosted peripatetic events in London and Bradford before announcing a permanent venue in the city, launching 13 October. In June, graduates from Leeds and Falmouth opened 49 Darley Street, self-funded studios and exhibition space. Their decision to include a gallery came in part from a perception that much of Bradford’s art activity is hidden behind closed doors. 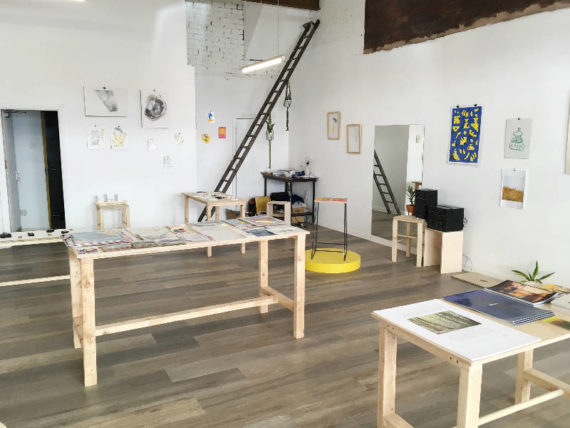 Other studios, run by East Street Arts, and the co-working space, Assembly, suggest a growing trend toward an arts/creative industries blend, whereas historically Bradford’s creative activity has merged theatre and music with visual arts. Established NPOs Artworks Creative Communities and Kala Sangam are worth a mention here for their sometime exhibitions within broader combined-arts programmes.

More traditional exhibitions can be found in the wider district. In Lister Park, Cartwright Hall’s new David Hockney Gallery showcases the locally-born artist’s work alongside a strong collection of British and South Asian arts and crafts. A longer-standing Hockney display can be seen three miles away at Salts Mill.

Using art to explain science, enable communities or broaden heritage audiences develops art practice and audiences in interesting ways. It is also a pragmatic response to funding environments. Bradford’s current profusion of both new and established projects makes it a fantastic place to live or visit. The challenge is to maintain and grow these ventures.

One venue that has weathered 35 years is South Square Centre in Thornton. Hosting compelling exhibitions and events plus annual artist/curator bursaries, South Square is entering a new phase in seeking to become a community asset.

Its current exhibition invited 50 creatives from Bradford and beyond to take the city’s architecture as inspiration for risographic prints. The vibrant results provide an apt metaphor for a city that is full of energy, resourceful and conscious of its heritage, whilst looking to the future. 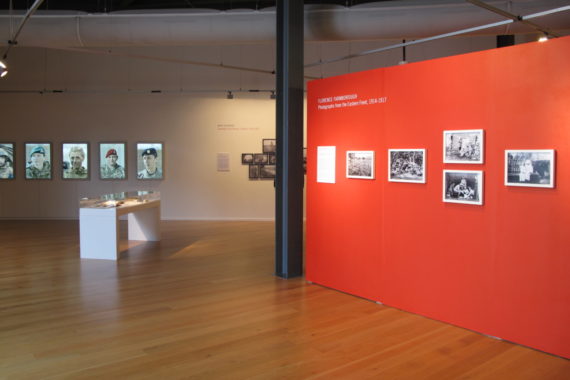 Full Scale – Art’s Use in the Real World: Gallery II
An exhibition that draws together creative practices that aim to affect change, from the local to the global, the individual to the environmental, and the representational through to the social. Including work by: Lawrence Abu Hamdan, Asociación de Arte Útil, Chto Delat, Islington Mill Art Academy, Wochenklausur and Wur Bradford.
Until 8 December 2017, University of Bradford, Richmond Road, Bradford, BD7 1DP. www.brad.ac.uk

The Brick Box Rooms
The Brick Box launch their new Ivegate hub with a weekend of light installation and music, the first in a series of pop up events before the venue opens permanently next year.
13 & 14 October from 6pm–late, Old Crown, Ivegate. thebrickbox.co.uk 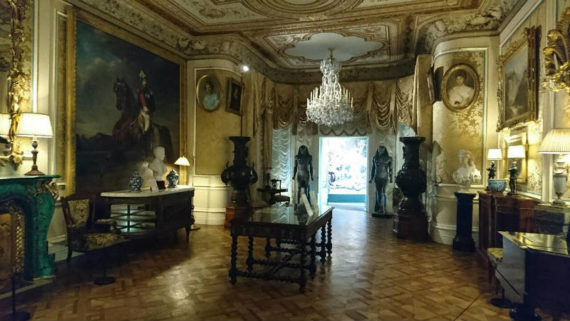