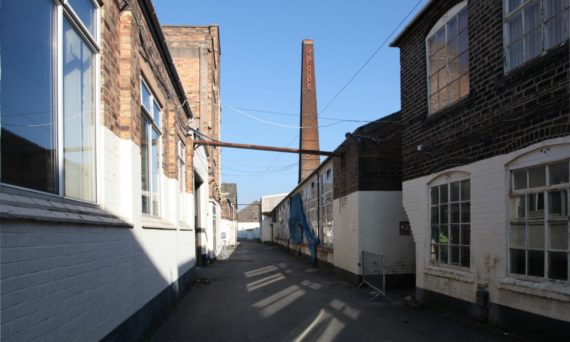 The city of Stoke-on-Trent has a long-standing identity as the Potteries but a lesser-known industrial consequence is the area’s polycentricity. It is one of the few conurbations in the UK to be made up of smaller towns, and while there are six in total, it is Stoke and Hanley that host the majority of arts activities.

As with many ex-industrial locations, it is a plethora of disused spaces – and human resolve – that enliven today’s artistic community. Steadily, a revival in craft and clay heritage has also drawn makers to the area.

Much of Stoke town’s creative growth centres on the Spode factory complex. Following its closure in 2008, the site became home to the British Ceramics Biennial. There’s also the recently opened Acava Spode Works and its 43 artist studios which, while not fully occupied, provide a place where graduates from Staffordshire University’s MA Ceramic Design might progress to. The majority of tenants focus on craft-based processes and materiality.

Part of this renovation project, produced in partnership with the city council and Arts Council England, is a central exhibition space as well as a commitment to public engagement: the London educational charity Acava opens the studios to the public on a biannual basis.

Other activity includes B Arts, founded in 1985, which stages performative events including Bread in Common, a community bakery run from an ex-warehouse hub. Letting in the Light, a non-profit participatory company, collaborates with The Cultural Sisters on regular community-focused workshops at Art Stop Stoke.

Socially-driven projects are led by Restoke, a dance-artist collective which since 2009 has used movement, music and visual art to revive the city’s historical buildings. Its output consists of collaborative discussions, workshops and live events. Elsewhere, Gallery 116, founded by local photographer Darren Washington in 2013, is a much needed outlet for mixed-media and photography. 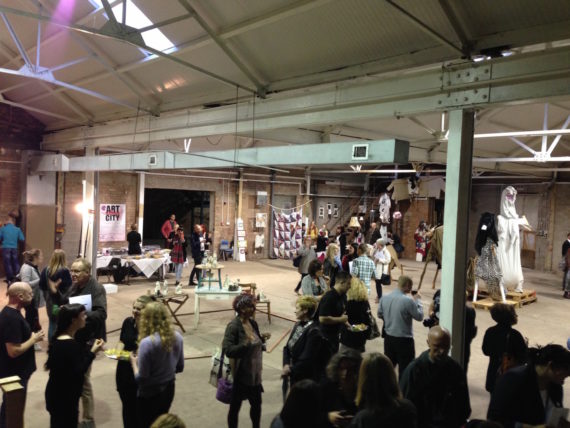 Connecting Stoke to Hanley is AirSpace Gallery, an artist-led space initiated in 2006 by two Staffordshire University graduates. Since then, it has hosted local and international artists, both within its Cultural Quarter location and across the city. The gallery’s projects reflect the region’s socio-political landscape; they are participatory, conceptual, sculptural and interdisciplinary.

Back in Stoke, East Street Arts-initiative Majestic Studios – which in June announced it is set to move from its current temporary space – operates on a smaller scale and houses artists working with community art, graphics and multimedia. Beyond Stoke and Hanley, Burslem School of Art provides ceramic courses and hosts photography exhibitions.

Stoke-on-Trent’s one city gallery, The Potteries Museum and Art Gallery, is found in Hanley – the city’s commercial centre. While the museum has a striking collection of Staffordshire ceramics, its emphasis on decorative arts and ‘product and place’ leaves little room for newer practices.

A focus on activating disused spaces and connecting communities is integral to Stoke-on-Trent’s scene, and while many organisations operate individually, the five-year arts programme Art City, which began in 2014, sought to bring a consortium of groups together.

This Arts Council England and Esmée Fairbairn-funded project has opened up unoccupied spaces – such as the former Olympus Engineering factory and Hanley’s abandoned bus station, which is the focus of ‘The Last Bus’ exhibition. Despite this, Art City has made a softer impact than first intended; many buildings remain inaccessible to artists and creatives. Looking forward, Stoke-on-Trent’s nomination for UK City of Culture 2021 bolsters its creative potential with a fresh identity as a place of ‘making and togetherness.’

While Staffordshire University forges connections with Acava and AirSpace Gallery, the city struggles with graduate retention: it is restrictive in terms of career development and creative diversity. Contrarily, it is also a malleable city that has a relatively young and unrefined scene. It is left more to the individual to carve out their own opportunity. 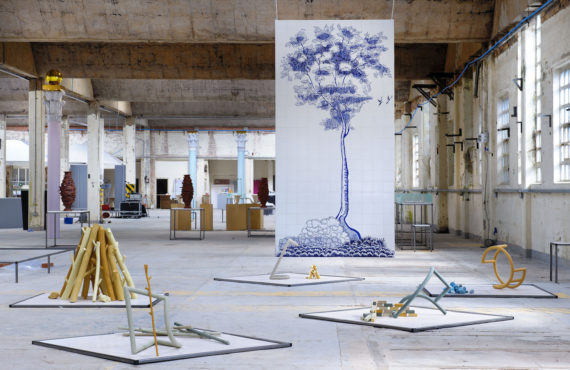 Fount, AirSpace Gallery
Artists Elena Gileva and Mark Malarko have each been commissioned to respond to the concept of public fountains; their transition from structural objects to grand landmarks, their changing role within the public realm and their purpose in a post-industrial city in search of a new identity.
23 September – 5 November, 2-4 Broad Street, Stoke-on-Trent, ST1 4HL.
www.airspacegallery.org

The Last Bus, ArtCity
Four site-responsive and seven individual commissions will engage with Hanley’s old bus station prior to its demolishment in December. Curator Siobhan Mcaleer draws on Sylvia Plath’s The Mirror for inspiration, calling upon artists to reflect on the site and its neighbouring buildings as markers in time; former entry points into the city.
Preview 13 October, 14-15 October, former Hanley Bus Station, Old Hall Street, Hanley, ST1 3BS.
www.artcity.org.uk 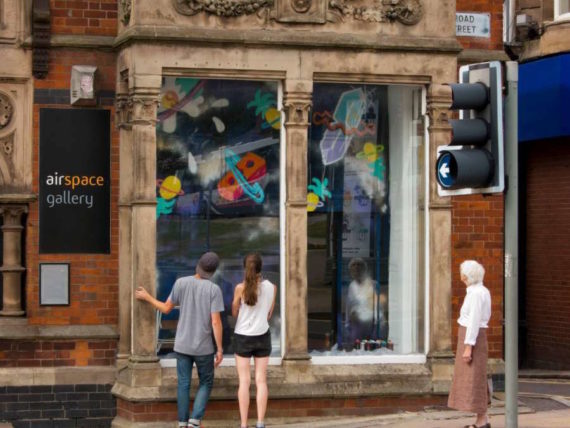 HeartBeat, The Potteries Museum and Art Gallery and the Bethesda Chapel
Part of the Re-imagine India programme, HeartBeat reconstructs the output of a two-week residency undertaken by artists in a remote village in rural Maharashtra in Janurary 2017. Artists, designers and other creatives collaborated on an installation which promotes the preservation and development of Warli cultural practices. It is accompanied by newly commissioned cross-disciplinary works that respond to the themes of material, place and tradition.
23 September – 12 November, Bethesda Street, Stoke-on-Trent, ST1 3DW. www.stokemuseums.org.uk/visit/pmag

Selina Oakes is an artist and writer based in Stoke-on-Trent. Twitter: @fallfo