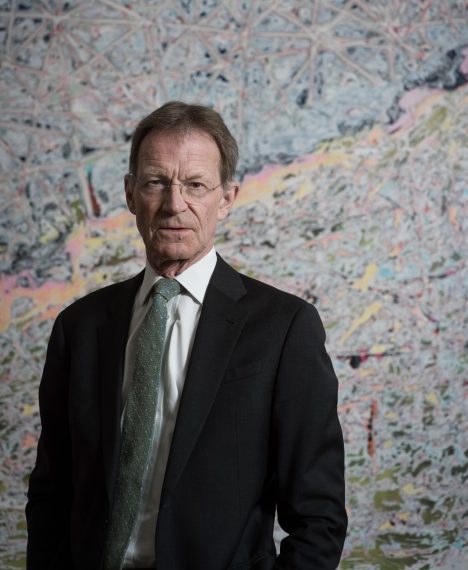 Sir Nicholas Serota is to step down as director of Tate next year to take up a new role as chair of Arts Council England.

He will replace Sir Peter Bazalgette, who was appointed as chair of ITV earlier this year. Serota will formally take over the new role in February, although he will also continue as director of Tate until later in 2017.

The news follows increasing speculation about Serota’s future after the opening of the new Tate Modern extension in June. The delayed completion of this major project had been seen by many as a green light for the 70 year old to move on after 28 years at the head of the organisation.

Commenting on his own legacy, Serota said: “Over the past 30 years there has been a sea-change in public appreciation of the visual arts in this country. Tate is proud to have played a part in this transformation alongside other national and regional museums and the new galleries that have opened across the country in places like Walsall, Margate, Wakefield, Gateshead and Nottingham.

“Tate has always been fortunate to have enjoyed the support of artists and to have benefitted from the international acclaim for the work of British artists in recent years. I leave an institution that has the potential to reach broad audiences across the UK and abroad, through its own programmes, partnerships and online.”

Tate’s chairman, Lord Browne, said: “Sir Nicholas leaves Tate in a strong position on which to build for the future. We wish him well as he takes on new responsibilities which will be for the benefit of all the arts.”

Over the course of his 28-year tenure, Serota led the creation of Tate St Ives in 1993 and also sought to strengthen the role of Tate as a national institution through the further development of Tate Liverpool, which opened in 1988. He also helped establish partnerships with galleries across the country through the Plus Tate programme.

Under his leadership, Tate Modern was opened in 2000 and the Tate gallery at Millbank was renamed Tate Britain. Serota has also had a key role in shaping the direction of the Turner Prize and was chair of the judging panel until 2007.

Prior to his role at Tate, Serota ran what later became Modern Art Oxford and the Whitechapel Gallery, where he was appointed director in 1976. He has also been a member of the Visual Arts Advisory Committee of the British Council, a Trustee of the Architecture Foundation and a commissioner on the Commission for Architecture and the Built Environment.

Serota was also a member of the Olympic Delivery Authority and is a member of the Executive Board of the BBC. He was knighted in 1999 and appointed a Companion of Honour in 2013 for services to art.

Serota’s departure comes at a time of great change at Tate, with the last year seeing the appointment of new directors at both Tate Modern and Tate Britain. The process of finding a new director at Tate will begin immediately, headed up by a specially appointed committee of trustees and external advisers including senior artists.