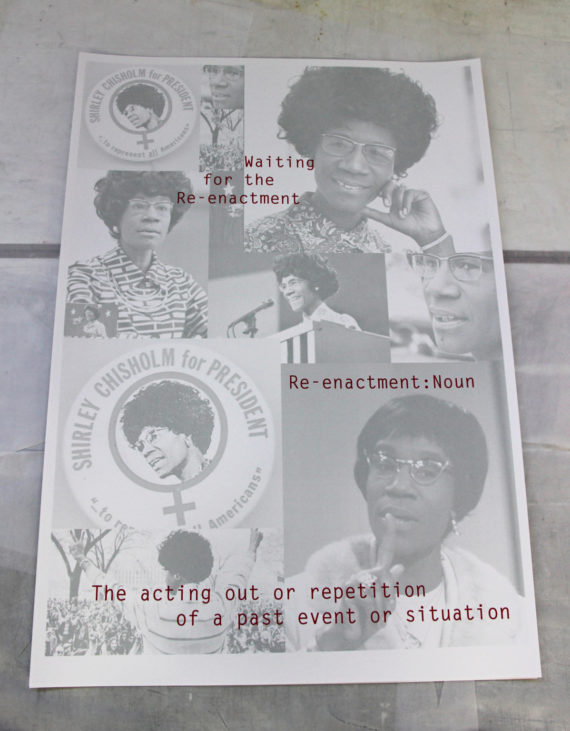 The prize, which is was established as a collaboration between London’s Whitechapel Gallery and the Max Mara Fashion Group in 2005 and takes place every two years, aims to promote and support female artists based in the UK, enabling them to ‘develop their potential with the gift of time and space’.

The winning artist, to be announced in early 2018, will receive a bespoke six-month residency in locations around Italy which is tailored to fit their winning proposal, and the opportunity to realise ambitious solo exhibitions at both Whitechapel Gallery and Collezione Maramotti in Reggio Emilia, Italy, which also organises the residency element of the award.

The shortlist was announced to coincide with the opening of current Max Mara Art Prize for Women winner Emma Hart’s exhibition ‘Mamma Mia!’ at Collezione Maramotti.

Announcing the shortlist, Iwona Blazwick, OBE, Director of the Whitechapel Gallery and chair of the Max Mara Art Prize for Women jury, said: “The jury has nominated six outstanding artists for the prize this year – we look forward to seeing their proposals.

“For many years women artists had worked under the radar. But due to this great prize artists of different generations have been given the opportunity to spend formative months exploring Italy; and the resources to create a major new commission that situates them on the world stage.”

Helen Cammock’s work spans moving image, photography, writing, poetry, spoken word, song, printmaking and installation. Her interests map literature and poetry, both her own and found, onto social and political situations. In her most recent film work Moveable Bridge (2017), Cammock drew on material from Nina Simone, Philip Larkin, Winifred Holtby and the Housemartins to reveal the way in which we construct our own personal collage of influences and reference points to establish our own sense of self, context and history. 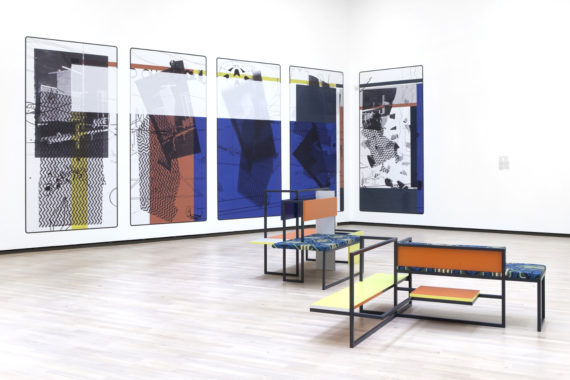 Celine Condorelli’s practice considers how all human behaviour and activity takes place amidst countless support structures, which could be emotional, legal or physical, and are often taken for granted. Explored through installations and performances that draw on both politics and fiction, in a number of works she has altered what she describes as ‘existing conditions’, which could be the architecture of a gallery to the use of specific objects. Often working in collaboration, her 2009 publication Support Structures resulted from a six-year research project working with artist-curator Gavin Wade and James Langdon. 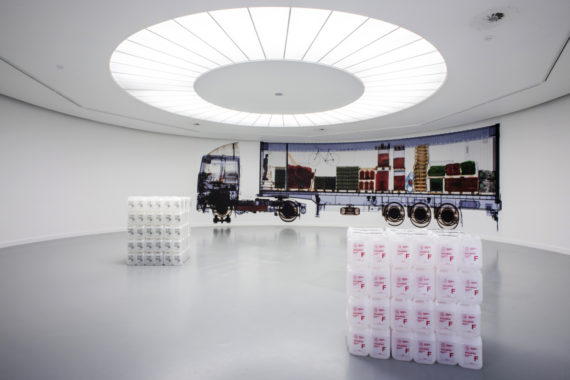 Eloise Hawser works with an expanded notion of ‘fabrication’, looking at the production of knowledge, networks, and individual objects. Hawser positions the human body as both agent and site in her exploration of the architectural, mechanical and electrical systems that sustain our collective existence. Her work is research focused, frequently unearthing what is hidden or buried. Her forthcoming exhibition at Somerset House will explore the unseen flow of waste through the sewers of London, while also displaying – for the first time in public – a selection of ‘imaging phantoms’ used by medical researchers to predict patterns of flow in the body. 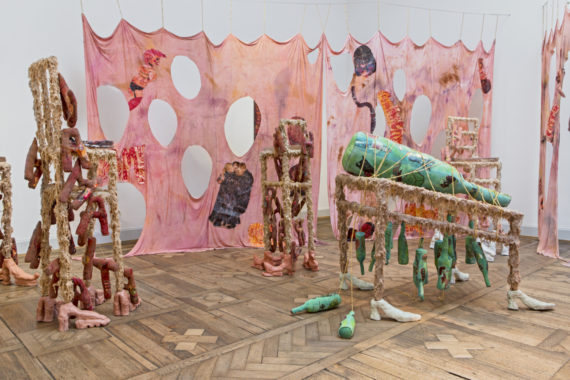 Athena Papadopoulos’ multidisciplinary practice reflects on the construction of subjectivity in general and femininity in particular. Using a range of processes, including painting, collage, drawing and stitching, and unusual materials such as mustard, red wine, Pepto-Bismol and self-tanner, Papadopoulos layers drawings and photographs of women into dense collages, often stitching and cutting her own photographs into and alongside imagery gleaned from literature, art history, and popular culture. 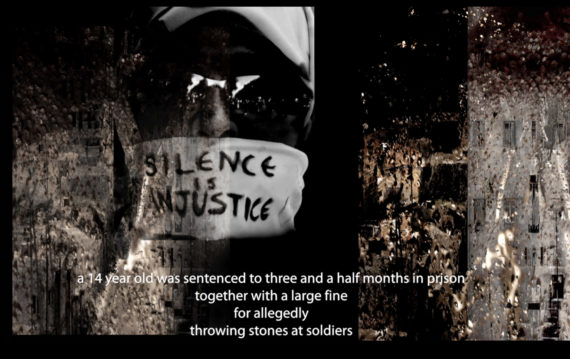 Since the 1970s, Lis Rhodes has been making radical and experimental films that challenge the viewer to reconsider film as a medium of communication and presentation of image, language, and sound. The films she makes have a strong formal aesthetic and engage with the failures and power structures of language. Sound has been a defining element in Rhodes’ work, and in the composition and mixing of voices – often her own – each track is taken apart and re-composed, replacing and displacing words out of time. One of Rhodes’ recent works, Whitehall (2012) was partly shot amid protests in London against student fees and cuts to public services.

Mandy El-Sayegh uses found materials, collected from the home and used as part of a daily routine or encountered digitally, to create layered works across painting, printing, installation, drawing and writing that reflect on the fragmented self and wider society. For her Sharjah Art Foundation commission, Boundary Work (2017), El-Sayegh presented examples of English and Arabic calligraphy produced by her father in a daily exercise he calls ‘practice.’ By overlaying multiple examples of her father’s ‘practices’, she wanted to suggest that that these words, often made-up or chosen for the shape they make on the page, only make sense when seen in a certain context. 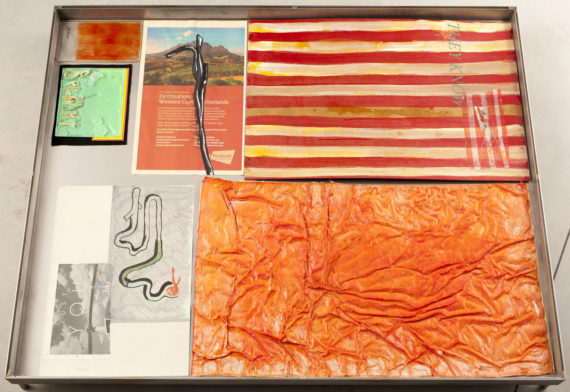