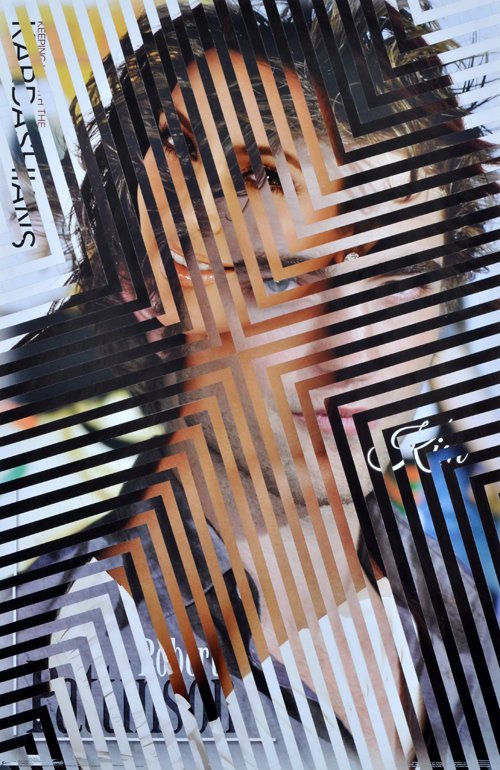 This October sees the return of one of the UK’s most important art fairs – and we’re not talking about Frieze. Sluice Art Fair is an artist/curator-run fair for artist/curator-run galleries and projects. Taking place on Tanner Street, Bermondsey, in the same week as Frieze London, it seeks to place the artist at the centre of its activities.

With an action-packed education programme including talks, debates and performances, the fair’s focus is squarely on emerging artists. Artist Karl England, co-director of the fair along with curator and writer Ben Street, explains. “Frieze is the poster boy for the hyper commercialised art market, and increasingly the language of the market reigns. But art and artists don’t necessarily benefit from being cast and valued from a financial risk and reward perspective. Instead of denying the reality of the marketplace, we thought it would be interesting to engage with it on our own terms. To occupy the art fair model in order to benefit from the positives that come with fairs, but to minimise the negatives.”

The first Sluice Art Fair in 2011 was the result of England and Street being offered a place in Mayfair, rent free, for a couple of days during Frieze week. “From personal experience, I knew that putting on a ‘pop-up’ three-day exhibition during Frieze week was a futile gesture,” he says. “However, the idea of adopting the format of an art fair but filling it with non-commercial, artist-run galleries seemed like an interesting use of the given time, venue and location on that particular weekend. It was a worthwhile experiment.”

Banding together to raise profile

By banding artist-run projects together and utilising the art fair model – while minimising the financial constraints often associated with commercial fairs – Sluice aims to enable artist-run spaces to raise their profile yet stay true to (often) non-commercial leanings. “Our objectives are to build a fair that feels like a celebration of the diversity of artist-led practice,” explains England. “Sluice feels like a large multifarious festival/ event/ exhibition/ fair, where artistic practices bounce off each other, with performances and talks kicking off throughout. The last thing it should resemble is a trade fair.”

For England, part of the problem with commercial art fairs is the participating galleries’ over-reliance on established names. “If a gallery has to pay a minimum of 6K for even a minor commercial fair, it’s hardly surprising that they then take proven artists working in commercial formats – there’s little room for experimentation when they need sales to recoup large outlays. It’s crucial to their existence, even before a profit is sought.”

The form Sluice takes is determined by its participants. “I view it as a grand blind collaboration,” says England. “The open-plan nature of this year’s venue on Tanner Street means that no work is shown in isolation. Wittingly or unwittingly, everyone involved in Sluice is contributing to something that becomes greater than its constituent parts. It truly is a snapshot of grass-roots art practice in 2013. More than any other fair, the form Sluice takes is up for grabs right up to noon on Saturday 19 October when the doors open.”

Alex Michon, director of Transition Gallery, explains the gallery’s reason for exhibiting. “There is an alternative vibe to Sluice, a feeling of being outside the mainstream of heavy-duty commercialism. Sluice is also affordable for artist-run spaces like ourselves to take part. Often, the fees for taking part in art fairs are ludicrously expensive and restrictive for smaller organisations.”

David Kefford, whose Aid and Abet is also exhibiting, believes that Sluice offers a platform that can mix a project space approach while testing and questioning the ‘art fair’ context. “We don’t think selling work should be the antithesis of experimental practice,” he says. “We have always felt that Sluice has a similar ethos to us, and it’s a great opportunity to network with other spaces and projects which can ultimately lead to future collaborations.”

Artist and writer Alistair Gentry, who is leading a discussion on the pitfalls of verbal and prose interpretation of visual art, praises Sluice’s openness. “There’s not many art fairs or galleries where they’d receive a proposal like Artbollocks Theatre and respond by saying ‘Yes, this is exactly what we want and need’,” he says. “Sluice is also more to do with what’s interesting on the edges of contemporary art and about what work artists are genuinely interested in making, as opposed to only being about the commercial.”

So, does England think that other art fairs can learn from Sluice? “Art fairs are trade fairs – they don’t celebrate the most interesting art being made today, they chase the most profitable,” believes England. “Sometimes the two overlap, but often they don’t. So from a profitability standpoint, there is nothing to be learnt, we just have different models. However, our model allows us to include some incredibly diverse practices. Commercial fairs often commission some headline art, or subsidise a couple of artist-run upstarts – but their models are fundamentally not designed to engage the non-commercial. That is what they can learn from Sluice.”

After Sluice took last year off to take stock and raise funds, England is looking forward to its return and already thinking about how to develop it further. “It’s a vindication of our belief that artist-run projects have a place in the debate and critical dialogue that Frieze week generates,” he says. “We are now looking to the future and perhaps a more international focus. This is just the beginning.”