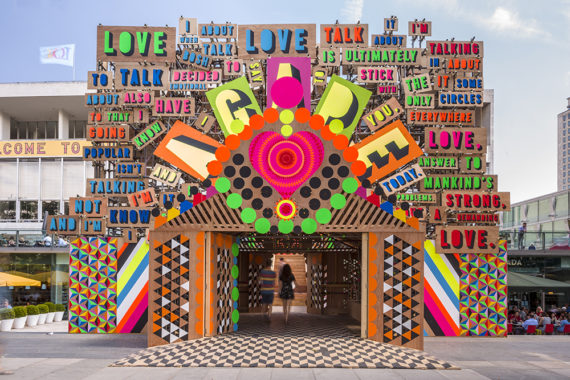 ‘Open Plan’ is a public art and education project over the next three years, which will invite international and UK-based artists to create artworks with and for the gallery’s neighbours on the Elmington, Pelican and Sceaux Gardens housing estates.

The project launches today as part of national Play Day with the opening of Art Block, a new, free space on Sceaux Gardens estate for local children and families to make things, be creative, and play.

SLG director Margot Heller said: “The Open Plan programme will enable the gallery to take our work with artists and local residents to a new level of reach and impact, building on the range of artist commissions we have delivered over the last ten years and deepening our commitment to working with our neighbours.

“We hope that through Open Plan residents will have a familiarity with the SLG, a sense of pride in the work that’s been achieved, and to build excitement in the lead up to the launch of the former Peckham Road Fire Station, due to open as a new annexe to the SLG in 2018.”

Two artists per year will be commissioned to transform Art Block. First up is award-winning artist and designer Morag Myerscough who has created The Club Under My House, an installation inspired by workshops with local children exploring pattern making, poetry and 3D design.

Myerscough, who has designed several exhibits for London’s Design Museum as well as the exterior of the British Pavilion for the 2004 Venice Architecture Biennale, is known for making works that feature strong colours and big type, as well as her use of hand-painted geometric structures.

Within Myerscough’s overall design for Art Block there will be a display of the children’s designs in a dedicated gallery space. 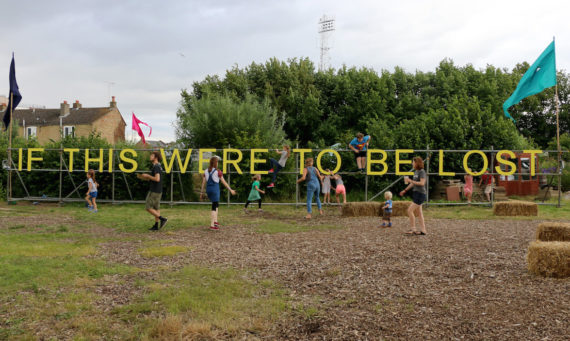 Two artist commissions each year will also result in the creation of new public artworks on the Pelican estate. This site is located directly behind the former Peckham Road Fire Station which will become an annexe to the South London Gallery’s main space in 2018.

London-based artist Jessie Brennan has been in residence on the estate in the lead up to the launch of her project Your Words. The work invites local residents to have their words transformed into sculptural word installations across the estate. In 2015, Brennan published Regeneration!, a book produced during time spent talking to residents of the brutalist Robin Hood Gardens estate in Poplar.

Most recently, London based multidisciplinary artist Felipe Castelblanco has been working with children to create collapsible, mobile mini gardens. In addition London based artist and facilitator India Harvey has ran workshops inspired by the online phenomena of slime, allowing the children to work together to learn about physics through exploring new materials.

The Open Plan project also includes a full-time gallery traineeship aimed at young people who are looking for alternatives to studying at university. Focusing on the gallery’s work with artists and residents on the local estates, the programme will also offer a range of experience across SLG’s operations.