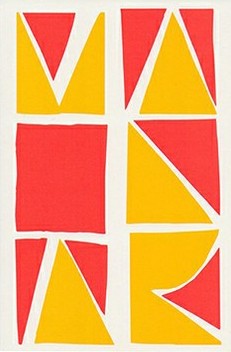 David Berridge: MAN AARG! Poetry, Essay, Art Practice (X Marks The Bökship)
David Berridge’s ‘book on books’ was written during his extended residency at the X Marks The Bökship bookshop on London’s Cambridge Health Road (2012-13). This period of reading and exploration culminated in an extended essay that draws on the publications and ethos Berridge found there, and his response to them.
bokship.tictail.com/product/man-aarg-poetry-essay-art-practice

You Are Here: Art After the Internet (Cornerhouse Publications)
We all know that the Internet has changed forever the way we communicate and relate to each other. How, though, is this changing contemporary art, how are artists working with and responding to the world wide web, and how can we make sense of it all? Across some 250 pages, artists and writers including James Bridle, Jamie Shovlin and Stephanie Bailey ponder, explain and provoke in a series of articles that provide a timely snapshot of where contemporary art heads and hearts currently are in this age of information overload.
www.cornerhouse.org

Martha Rosler: Culture Class (Sternberg Press)
Culture Class presents a collection of Martha Rosler’s essays originally published between 2010-12 and exploring the complex and often contradictory relationship between artists and cities. While increasingly artists are seen as part of the regeneration narrative of post-industrial cities, Rosler discusses their often problematic role as ‘the vanguard wedge of gentrification’ in poor urban areas, and asks how we confront the ‘soft violence’ of a process that often smooths over and suppresses class distinctions to create a user-friendly bohemia for the monied classes. Absorbing and important reading.
www.sternberg-press.com

Erica Scourti: The Outage (with John A Harrington) (Banner Repeater)
The Outage takes the form of a ghostwritten memoir based on Erica Scourti’s own digital footprint, and is the first in a series of books, also to be published by Banner Repeater, that collectively make up a new work, Shadow Sides. Each will draw on profiles and data based on the artist’s public and semi-private online activity, obtained through the expertise of professionals working within the fields of cyber security, digital privacy, and social profiling. Working with a different ghostwriter for each book, the material collected will inform the basis of each new memoir, extrapolating different versions of Scourti’s ‘aggregate data self’.
www.ericascourti.com – available from Banner Repeater, ICA bookshop, Tenderbooks and The Photographer’s Gallery

Martin Parr: The Non-Conformists, texts by Susie Parr (Aperture)
Published to coincide with his recent exhibition at the Science Museum, London, The Non-Conformists features Martin Parr’s first major body of work from the mid-1970s – a series of black and white photographs that are less known than his later colour work. In 1975, fresh out of art school, Parr found poor footing in the London photography scene, so he moved to the picturesque Yorkshire Pennine mill town of Hebden Bridge. Over a period of five years, he documented the town, showing in particular aspects of traditional life that were beginning to decline. Alongside these photographs are detailed background descriptions of the society they observed, written by the author (and Parr’s wife) Susie Parr.
aperture.org/shop/the-non-conformists-martin-parr-books

Lane Relyea: Your Everyday Art World (The MIT Press)
Lane Relyea believes the network has come to dominate the art world in the past twenty years, affecting not just interaction among art professionals, but also the very makeup of the art object itself, and the museums and spaces in which we view them. In Your Everyday Art World, Relyea tries to make sense of these changes, through an examination of art practice, exhibition strategies, art criticism, and graduate education, highlighting their effects on both the material infrastructures of the art world and the conceptual categorisations we attach to art.
mitpress.mit.edu

John Grindrod: Concretopia – A Journey Around the Rebuilding of Postwar Britain (Old Street Publishing)
John Grindrod’s fascinating book uncovers how the original ‘austerity Britain’ transformed into a space-age world of concrete, steel and glass in the post-war years. The author travelled the length of the country in search of high-rises, prefabs and innovative developments in order to document this time of phenomenal change to our built environment – one that was tempered by protests, deadly collapses and scandals that shook government and local councils alike.
www.oldstreetpublishing.co.uk