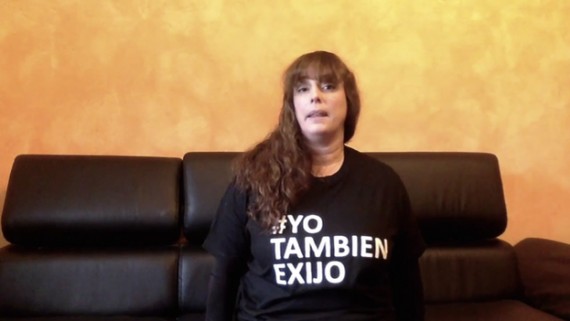 After being detained three times by the authorities in Cuba, the artist Tania Bruguera is expected to remain on the island to face charges of ‘resistance and disrupting the public order’. The artist told the news agency Reuters after her initial arrest on 30 December that her passport had been confiscated.

Bruguera was subsequently rearrested on 31 December when she attempted to hold a press conference. Her third detention came on 1 January after going to a prison in Havana to demand the release of other detainees. The artist’s mother informed Reuters that she returned home on the evening of 2 January.

Bruguera, a Cuban national who splits her time between the US, France and Cuba, was initially detained after announcing that she planned to restage her 2009 performance Tatlin’s Whisper #6 – originally presented at the 10th Havana Biennial – in Havana’s Revolution Square.

The original piece consisted of a podium and an open mic and invited the public to talk for one minute on a subject of their choice. The artist was arrested a few hours before the restaging of the piece was meant to begin.

A petition launched immediately after Bruguera’s arrest and calling for her release, attracted over 2000 signatories from around the world.

Bruguera, who has performed and exhibited widely internationally and was shortlisted for the 2012 Artes Mundi Prize, decided to return to Cuba to organise the staging following the recent announcement of the resumption of diplomatic relations between Cuba and the US. Tweeting as @immigrantmove on 24 December, she said: ‘The moment has arrived to go back to #Cuba to be part of #YoTambienExijo [I also demand] movement. I hope you follow our actions’.

Speaking to the news agency AFP following her arrest, Bruguera said: “The idea was to put microphones in a public plaza so Cubans can talk about these moments we are living through, the worries they have.”

The Cuban government has condemned her actions as a “political provocation” and unhelpful to ongoing discussions between the island and the US government.

At the time of writing, the most recent post on Bruguera’s Facebook page states that the artist’s lawyer ‘has decided to create a case for presentation to the UN Commission on Human Rights’.

The post also states that, despite pressure to do so from the Cuban authorities, Bruguera has no plans to leave the country illegally (without a passport) and ‘has determined to not to leave Cuba until her [legal] process is complete’.