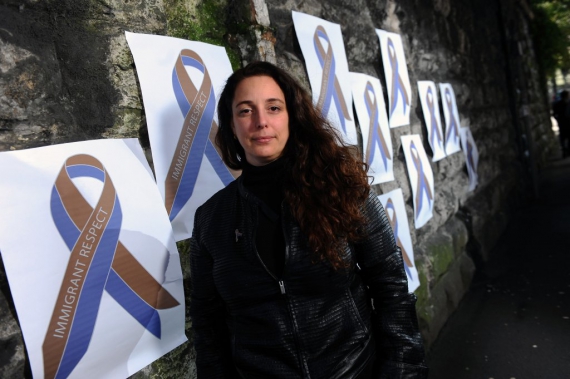 Cuban artist Tania Bruguera, who earlier this year was detained in her home country on charges of ‘resistance and disrupting the public order’, is to be the first artist-in-residence for the New York City Mayor’s Office of Immigrant Affairs. The residency is part of a campaign to highlight the benefits available to registered immigrants in New York.

Bruguera, who had her passport confiscated by the Cuban authorities for six months and only had it returned on 10 July, was arrested once again on 12 July during a protest in Havana. She is expected to take up her one-year residency later this month, although she has stated that she will not leave Cuba until she has a legally-binding assurance that she will be able to return “without any problems”.

In a statement announcing the residency, Bruguera said: “This project provides a unique opportunity to enhance the notion of art as a useful tool to materialize a vision of a more inclusive society. I’m excited to explore new ways of collaborating with New York’s immigrant communities to make a real impact on the lives of city residents.”

New York City’s cultural affairs commissioner Tom Finkelpearl added: “I have been inspired by Tania Bruguera’s vision for art as something that can propose real, tangible solutions for the people involved since I met her 15 years ago. I am enormously excited to support her work that uses art to forge a new model for enhancing our public services through creative practice.”

Bruguera has exhibited widely, including in the UK. In 2008 her performance piece, Tatlin’s Whisper #5 – featuring two people and two horses – was presented at Tate Modern. In 2012 she was one of six international arists shortlisted for the Artes Mundi 5 prize, which was eventually won by the Mexican artist Teresa Margolles.

Bruguera’s contribution to the Artes Mundi 5 exhibition was her Immigrant Respect Campaign, which included posters and unannounced events throughout Cardiff.

Tania Bruguera detention in Cuba: artist to remain on island to face charges