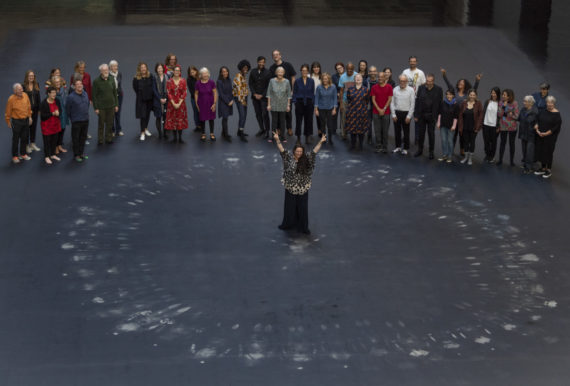 Interventions include a heat sensitive floor that will reveal a portrait of a young Syrian refugee, Yousef, if enough people collaborate together by using the heat of their bodies. This is accompanied by a low frequency hum that fill the Turbine Hall and charges the space with an ‘unsettling energy’, created in collaboration with sound artist Steve Goodman. In a side room off the main Turbine Hall, an organic compound in the air induces tears and provokes what the artist describes as ‘forced empathy’.

For the project, Bruguera has brought together a group of 21 Tate Neighbours, people who live or work in the same postcode as Tate Modern, SE1, to explore how the museum can learn from its local community. One outcome is that Tate Modern’s north building, the Boiler­ House, has been renamed in honour of Natalie Bell, a local activist who helps to run the SE1 United charity. Bell selected the image of Yousef as one that best reflects the charity’s achievments.

Bruguera is also lead artist for the 2018/19 Tate Exchange programme, again working with the 21 Tate Neighbours. 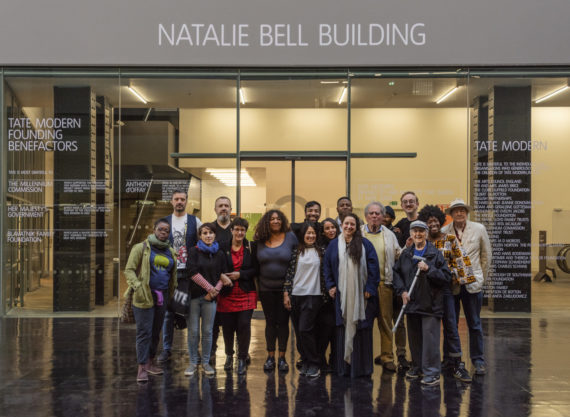 Rio museum destroyed by fire begins process of rebuilding by opening temporary exhibitions A month after a fire consumed Rio’s National Museum, destroying much of its building, tents have been installed in its grounds in order to showcase objects that had been stored in other facilities across Brazil. Its director Alexander Kellner has announced that the institution is considering installing a more permanent exhibition space that will host rotating public exhibitions.

In addition, a crowdfunding campaign has been launched to restart a programme that lends objects from its collection to local schools. It is almost halfway towards its target of 50m reals (£9.6m).

The-200-year old historical and scientific institution housed an archive of 20 million items, the majority of which are believed to have been destroyed. However, a number of high profile pieces, such as the Bendegó meteorite, the largest ever discovered in Brazil, have survived.

Unesco has estimated that it will take around a decade to restore the museum and its collection. Brazil’s Ministry of Education has set aside 15m reals (£2.9m) to start work on the building. 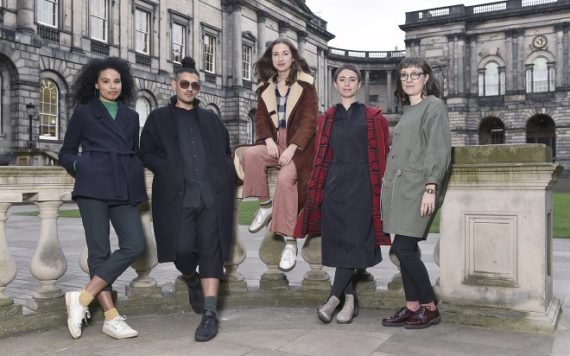 The programme is part of a new UK-wide initiative funded by the Freelands Foundation to support regional creative communities by fostering long term relationships between artists and arts organisations. The Freelands Artist Programme will provide £1.5 million to support national institutions to promote new talent.

Mayor of London Sadiq Khan announces major public art project highlighting overlooked women from London’s history New public exhibition will see 20 artworks of London women installed in various public spaces across the city. The exhibition, LDN WMN, is a partnership with Tate Collective, and will feature ‘women who have played a crucial role in London’s history, but have been largely overlooked’.

Khan said: “Women of every age, background, faith and ethnicity make London the great city that it is – and these new artworks will rightly put the spotlight on the musicians, journalists, campaigners, engineers and designers who have had a fundamental impact on the city we live in. Women remain underrepresented both as the subjects of works of art, and as artists. I’m pleased that LDN WMN is challenging how we celebrate the achievements of women in London, as well as giving a platform to talented artists in London.”

The project has been funded by the Centenary Cities grant scheme, a £1.2 million government fund that is supporting the celebration of the Women’s Suffrage Centenary in seven cities and towns in England.

More on Tania Bruguera’s Turbine Hall commission, plus highlights from across Frieze Week 2018 over on a-n’s Instagram www.instagram.com/anartistsinfo/