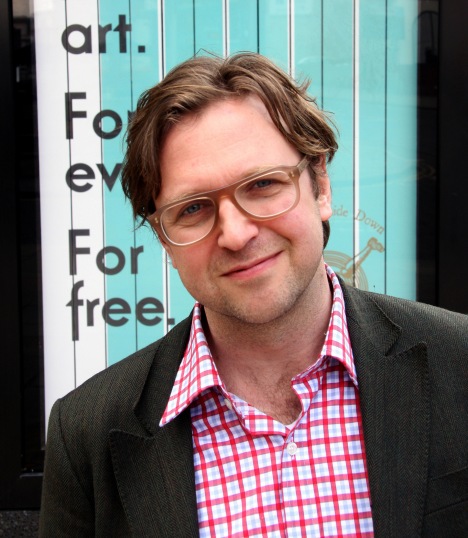 London’s Tate Britain has announced that Alex Farquharson will become its new director. He replaces Penelope Curtis, who resigned earlier this year.

Best known for launching Nottingham Contemporary in 2009, he has also curated high profile exhibitions including British Art Show 6 and is co-curator of Glenn Ligon: Encounters and Collisions, currently on display at Tate Liverpool. He was on the selection committee for the British Pavilion at Venice Biennale in 2009, and also the Deutsche Borse Photography Prize in 2011.

Farquharson is an independent writer and critic, contributing to arts publications including Frieze, Artforum and Art Monthly. In addition, he sits on the Arts Council Collection’s Acquisitions Committee and the Board of Raven Row.

Farquharson said: “I am delighted to be joining Tate as Director of Tate Britain. As the home of 500 years of British art, Tate Britain has a unique and fascinating position in the cultural life of the nation. I look forward to working with a highly skilled and experienced team of curators to share these histories with audiences of all kinds.”

Tate director Nicholas Serota added: “Alex Farquharson has established Nottingham Contemporary as one of the leading art galleries in the UK. He has created a programme that serves local and national audiences, working closely with artists and reflecting history as well as the present.”

Farquharson will take up the appointment of Director, Tate Britain in late autumn 2015.