The House of Supernormal - a-n The Artists Information Company 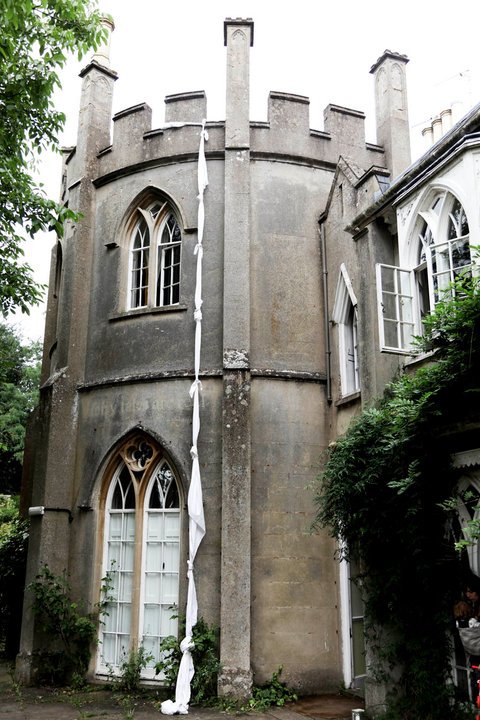 In Edgar Allan Poe’s The Fall of the House of Usher, a physical rift in the eponymous building’s foundations maps all too directly onto the crippling psychological instability of the Ushers themselves. I mention this not as a literary affectation, and not just because some punters at last weekend’s Supernormal Festival indulged in binges of self-destructive drunkenness that would do Poe himself proud. Supernormal’s character also proceeds in an almost ridiculously obvious way from an old country house, an unusual way of living and the politics of money.

In 1950 the Gothic edifice of Braziers Park house in South Oxfordshire became Braziers Park School of Integrative Social Research. It remains a unique secular residential community dedicated to understanding how humans can learn to cooperate with each other, with society as a whole and with nature. From 1995 this inspired the ethos of Braziers International Artists Workshop. Supernormal is in turn a direct descendent of the unresolved issues and the potential – realised and otherwise – of the Workshop.

I had the opportunity to speak with (among other people) the grandson of Integrative Social Research’s founder, and a local farmer who is a longstanding neighbour of Braziers Park. At the heart of Braziers is the idea of integration; opposite or disparate things synthesise a healthier, more moderate, more sustainable whole. Sixty-two years on from the project’s inception, the residents are still evidently struggling to achieve that integration with each other, with artists who come to work with them, and with people who live in more conventional communities nearby. The farmer mirrored the Braziers own terminology back at them: “They’re getting better at it, but they’ve never integrated. Never.”

Everyone involved in Supernormal seems to be well aware that it’s an ongoing and unresolved challenge to run a festival involving music and art without them conflicting, without one being a sideshow for the other, and without running blithely and obliviously alongside each other on parallel paths. Other festivals such as Latitude have increasingly brought in art, literature or film, giving them greater prominence and respect than your traditional crusty juggler. They have a fairly blatant market-driven aim of diversifying their commercial appeal to hitherto unserved demographics who wouldn’t contemplate tackling the typical mud, drugs and Radio 1 festival.

The gamut from A to B

The almost pathologically uncommercial Supernormal hasn’t solved these challenges yet, either. Despite Supernormal’s good intentions, as an artist myself I met loads of other artists, many festival goers, and precisely two musicians (because I happened to be squashed into a taxi with them). The promised “broad spectrum” of musical acts seemed in practice to run the entire gamut from A to B, and strictly in the upper white bandwidths. If you liked one act on the main stages, you’d probably like them all.

If not, you needed to wind your way down to the house, which is approached through woodland and topologically hidden from the festival in yet another piece of symbolism that would be unbearably on the nose in a work of fiction. Occasional, enjoyable anomalies of programming occurred down there. Perhaps the homogeneity of nearly everyone topside is the result of these bands being by choice or by default non-commercial, willing and able to play to an audience of six (or none) and still somehow hold onto their resolve that they are musicians with a purpose.

Likewise, art was firmly on the agenda, but this being a festival of the unpaid it was always exactly the kind of work one would expect an artist to do when they’ve got no money: ad hoc, ramshackle, ephemeral, personal sometimes to the point of being completely opaque to anybody else.

There can be good moral, political and practical reasons for working this way, as Arte Povera artists recognised half a century ago. Some of the work I saw by artists was charming, generous and thoughtful. There should be a place for daftness, private obsessions, the home-made, and resourceful improvisation. When every artist can only work in this zero budget idiom because she or he has no other option and no other outlets, then I start to worry that the experience of seeing art might become as monotonous and demoralising as seeing your Nth incomprehensible thrash band or jokey, costumed junkshop keyboard duo of the weekend.