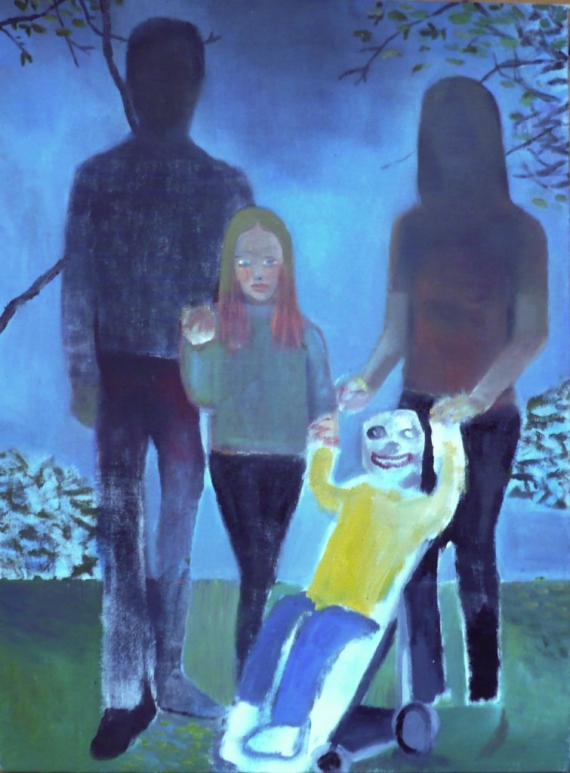 Brian Cheeswright is First prize winner in this year’s Marmite Prize for Painting for his work Tomorrow is Already Here. He was awarded a specially commissioned marmite artwork, made and donated by the artist Richard Wentworth, during a prize ceremony at Tannery Arts, London earlier this evening.

Two runners-up, who each receive a pat on the back, were also announced: Dan Roach for his painting Bridgegate and James Metsoja for Group.

The Marmite Prize for Painting is a non-profit independent project established in 2006 by painters Marcus Cope and Stephanie Moran.

Run by painters for painters, it aims to question the validity of art prizes that evaluate creative activity with the intention of assigning a monetary value to the ‘winning’ artwork. As an alternative to a cash prize, the winning painter takes away the marmite – an artist-made vessel – which is awarded by the judges in recognition of artistic excellence.

32 artists were shortlisted from over 850 entries for this year’s exhibition which has already toured to Tameside, Glasgow, Cambridge and Plymouth. The exhibition is dedicated to former artist collective BANK.