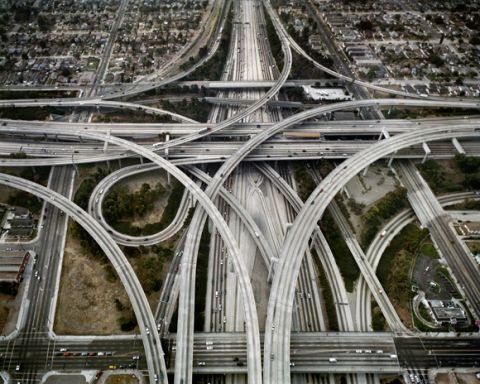 The Gallery’s opening will mark the culmination of its £8.9 million capital campaign, which has been financed by Arts Council England’s Lottery Fund alongside investment from a combination of trusts, foundations, corporate sponsors and individual donations.

Designed by award-winning Irish architects O’Donnell + Tuomey, the transformed building features a two storey extension that will double the size of the previous exhibition space. Providing a platform for an enhanced programme of exhibitions, the generously proportioned galleries will showcase established and emerging photographic talent from the UK and around the world. A new environmentally-controlled floor will create opportunities to show more work from archives and museum collections and higher ceilings in the top floor galleries will provide dynamic spaces for large-scale and moving image works.

The renowned Canadian photographer, Edward Burtynsky and New Delhi based Raqs Media Collective will launch the 2012 exhibition programme on Saturday 19 May 2012. This major solo exhibition of Edward Burtynsky’s photographs will showcase over thirty large-scale images from his widely acclaimed series OIL. A decade-long survey on the subject, OIL reveals the “rarely seen mechanics of the manufacture, distribution and use of one of the world’s most highly contested resources while exploring its impact on our lives, culture and the environment”. Raqs Media Collective will display a silent, looped video projection titled An Afternoon Unregistered on the Richter Scale (2011). The projection features a series of subtle alterations to an early 20th century photograph depicting a surveyors’ room in colonial Calcutta. Also included in the exhibition will be a sculptural work entitled 36 Planes of Emotion (2011) that comprises an ensemble of emotional states printed onto book-shaped objects. The two opening exhibitions will be on display until 1 July 2012.