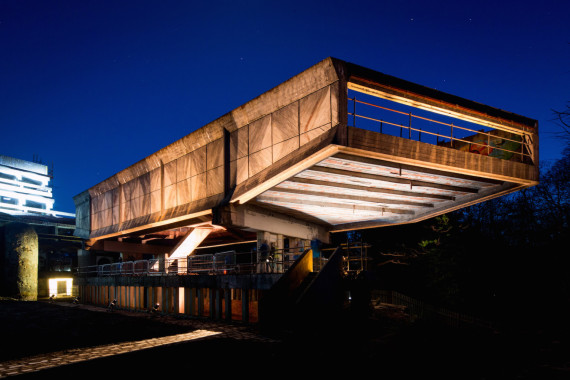 Glasgow’s Transmission Gallery has lost its funding in Creative Scotland’s 2018-21 round for its ‘regular funding network’.

The artist-led space, which was founded in 1983 by graduates of Glasgow School of Art, is one of 20 arts organisations in Scotland that have been dropped from the funder’s portfolio of organisations that receive funding over a three-year period.

For 2015-18 the gallery was awarded £210,000 from Creative Scotland’s regular funding pot. However, in June last year the gallery’s unpaid organising committee postponed its annual members show saying it was struggling to cope with the pressures of running the space.

Other organisations that do not feature in the 2018-21 portfolio include NVA, the high-profile Glasgow-based public art organisation. It previously received £450,000 over the three-year funding period and is currently transforming a modernist ruin, St Peter’s Seminary in Cardross, Argyll and Bute, into an arts centre and performance space.

The Dovecot Foundation in Edinburgh is also no longer regularly funded, having received £300,000 from Creative Scotland in the 2015-18 round.

Included in the additions is the Edinburgh photography gallery Stills, which has been awarded £440,000 over the three years. The organisation bills itself as ‘Scotland’s centre for photography’ and alongside its exhibition programme provides production facilities for those working with photography.

Also joining the portfolio is the Scottish Contemporary Art Network (SCAN), which describes itself as a “member led network committed to championing and supporting the contemporary art sector in Scotland”. It has been awarded £387,000 over for 2018-21.

Many of the 97 organisations that were already receiving regularly funding have had stand-still awards, effectively a cut once inflation is taken into account. In the visual arts, these include:

Announcing the 2018-21 portfolio, Creative Scotland chief executive Janet Archer said that the recent settlement from the Scottish Government had enabled “us to maintain the existing budget for Regular Funding”, stating that the decision-making process had involved “staff across Creative Scotland and our Board”.

She added: “Regular Funding is a highly competitive application process where demand has once again far outstripped available funding. While we can’t support everyone, we seek to provide a range of different opportunities to access support across all of our funding routes, including Open Project and Targeted Funding.”

CORRECTION, 26 January, 2018: This article has been amended to make it clear that Transmission postponed, rather than cancelled, its 2017 annual members show.