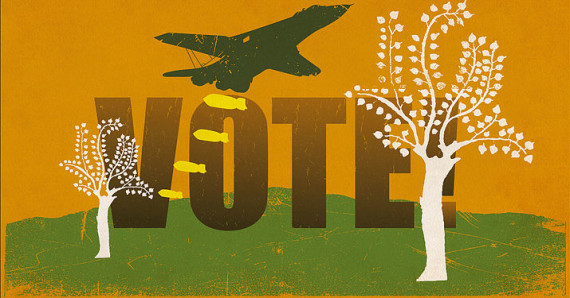 In a wide-ranging discussion that covered the impact on working in different countries, the effect on freelancers and scepticism about the reasons for the referendum, artists voiced their concern over a potential Brexit.

A number of contributors highlighted that remaining in the EU makes it easier to work in different countries. @pippa_koszerek said: “I think it is amazing that we can live, work and settle in 28 countries regardless of our income level.” @emiliatelese added that “moving between the UK where I work and my family in Italy and Iceland is easy now. How easy would it be with a Brexit?”

@ElenaThomas1 added: “I’m the daughter of European immigrants and work all over. Also, connections made with @wendy8williams and @dryadart in Sweden have been crucial to my development recently.”

Artist and curator @BADHofbauer felt being part of Europe makes the UK’s culture much richer. “It makes it so much easier for artists to come here and exhibit. It’s fantastic for those who want to work abroad enabling residencies etc without visas. I’m very much pro EU. It has its bad points but also does a lot of good, including for the arts.”

@kimwalker4 felt that: “In terms of equality I worry that #Brexit would become a tool to divide people not unite them.” @igorhax questioned the logic of leaving, stating: “London is the biggest city within the current EU. If Britain leaves it is similar to… New York state [leaving] the US.”

Not everyone was so keen to remain. @manick62 criticised what he called the scaremongering of the chancellor George Osborne, saying “he’s panicking that luxury apartments won’t sell if we #Brexit. House prices falling would mean affordable homes!” He added that he feels we’re in a “strange place where artists have been co-opted into EU technocracy and have forsaken democratic ideal”.

@manick62 posted links to @FullFact, claiming “9 out of 10 businesses did not say #Brexit will be bad.” @pippa_koszerek replied by sharing some alternative fact checking sites including Full Fact and DoorstepEU.

Others admitted they have still not made their mind up, with @LayneArlina commenting: “I’m so torn. There is value in both #VoteLeave & #VoteRemain. Honestly no one knows the consequences of leaving but it’s sold as if we’ll have better control over country. I’m not sure what it means for the arts but I do know if we leave then studying MA’s in EU would be a visa job.”

@Tspaceinbetween criticised the amount of time and money #Brexit has already taken up. She also felt that if we #Brexit the arts won’t be a priority – or even on the radar – whilst things get sorted out. “There would not actually be any time or space to think about the arts while the trade agreements are negotiated.”

Discussing the relevance of the debate to the wider public, @artofnoises said, “Voters at #GE2015 had EU very low down list priorities and here we are tearing ourselves to pieces.”

@LayneArlina replied that the government had landed the referendum on the nation at the “last minute with bumbling persuasions. It’s a mess and I seek out change.” She added that “politics is no longer for the knowledgable few, this debate is now everywhere. People now feel they have a voice – there’s hope.”

The impact of exiting on freelancers was also raised. @igorhax said: “I’m actually frightened of Brexit. From my point of view UK’s very diverse arts and culture is significant for all of Europe.” @pippa_koszerek replied: “It will be those on low incomes who lose out if we lose free movement – any artist-freelancers included.”

@igorhax felt it was important to think about why the referendum was set for this particular date and what interest lies behind that decision. @SusanJonesArts added: “Parochial self interest rather than greater good is often the culprit in #baddecisions.”

Summing up the general opinion of the artists taking part in the debate, @ElenaThomas1 said: “It’s taken so long to get here, how can we think about getting out?” @SusanJonesArts added that the “things we have in common, make us strong, wise, and wealthy, keep us safe.”