Wales in Venice: staring at the stars with Bedwyr Williams - a-n The Artists Information Company 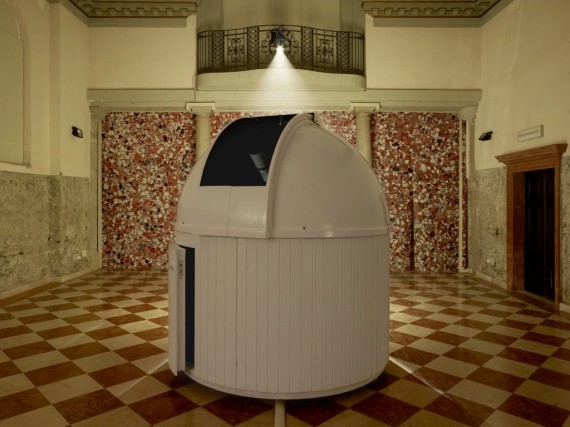 A darkened room, a model of a white domed observatory, the twittering of bird song and the sound of a man quietly weeping all feature in Bedwyr Williams’ Wales in Venice exhibition, The Starry Messenger – billed as a homage to amateur astronomers.

The Caernarfon-based artist has combined the domesticity of a back garden stargazer with the mysteries of the vast, unknowable universe in his typically curious installation. In doing so, he offers both an affectionate tribute to star-struck hobbyists and explores the place of the amateur in a professional world.

Jointly curated by Welsh galleries MOSTYN and Oriel Davies and supported by Arts Council Wales, The Starry Messenger marks the tenth anniversary of a Welsh collateral event at the Venice Biennale.