Working for free: what's to like? - a-n The Artists Information Company 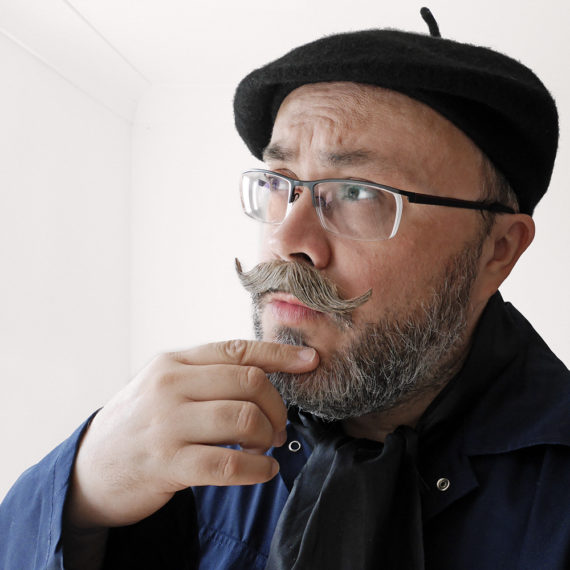 London is under an hour’s train journey from increasingly artist-friendly Folkestone, reflected in the proliferation of matte charcoal paint and studiously mismatched furniture in the town. A few Folkestone Triennial artists allude to the issues of gentrification this raises, though to me it always seems a bit tone deaf to comment on housing and lost heritage via an art installation that probably costs more than a year’s rent for most people.

My commission for Venice Agendas 2017: The Contract took a more direct approach to talking about the real price of Folkestone’s new Creative Quarter. Dressed in the clichéd popular idea of an artist’s costume, I asked other types of worker if they’d do their job for free, in exchange for kudos, praise, attention or “likes,” just as artists do.

I wanted to draw attention to this tactic’s shameless deployment, not just against artists but also against anyone whose occupation is in any way a calling. Indeed, one thing that came through very strongly from my conversations was the commonalities of experience and challenges felt by seemingly disparate workers: tattoo artists, barbers, a florist. Perhaps having an artists’ union is too narrow a goal and we need a general creative workers or self-employed persons’ union instead.

While exceedingly generous to what they saw as good causes – established charities, individuals they felt deserved a hand up – my interviewees noted that working for praise alone devalued their craft to their clients, perpetuating the apparently widespread notion that everyone else’s job except your own is easy.

The idea of giving their labour or products away just to get a good review or a vague promise of some future favour likewise provoked almost universal revulsion, while in the next breath many noted that they knew it was absolutely rife. The only slight outliers were a burger restaurant and a nail bar. Somebody at the latter place noted memorably that “Instagram is life”, but even she doubted it was ultimately worth giving away her work and only allowed that there might be a discount for good publicity.

All this raises the question of who exactly the “good exposure” argument is working on, as it must be in order for it to persist in the way that it does. An artist who also sells work by other artists, including jewellery, told me she often receives overtures from self-described “influencers” asking her to give goods for likes, so clearly these people are out there.

Strangely, the only person who flatly refused to discuss any of these issues with me was the one who most obviously resembled my deliberately clichéd image of an artist, as he sat in front of an easel in a shop full of his own paintings. “I’m really very busy and don’t want to talk about this,” he said.

Alistair Gentry wandered around Folkestone dressed as an ‘artist’ on Saturday 23 September 2017 as part of Venice Agendas 2017: The Contract