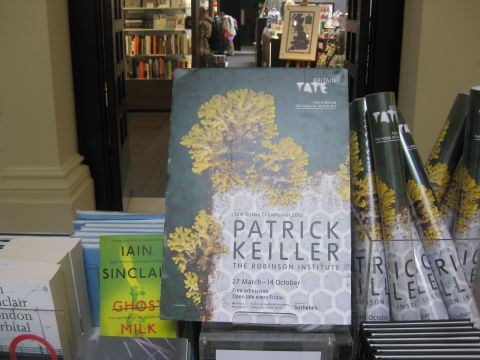 It is not always the case that definitive moments in art history can be precisely located. Certainly not the first act of artistic creation, that “strange beginning” of Gombrich’s Story of Art. The American architectural theorist, Charles Jencks, controversially proclaimed one such moment, the death of modernism in architecture, on July 15th, 1972, at 3.30 in the afternoon, with the demolition of an urban housing project in St Louis, Missouri. A rather more convincing turning point came in 1917, with R. Mutt, aka Marcel Duchamp’s seminal urinal ‘Fountain’ (even if it was rejected at the time and probably thrown away). Yet another occurred half a century later, in 1967, when the twenty-year-old Richard Long walked up and down a field in Wiltshire, photographed his transient intervention and announced to the world the creation of ‘A line Made by Walking’. The field of minimal, environmental and land art has not been the same since.

Currently, walking as art is ubiquitous, especially but not exclusively in the UK. There is a Walking Artists Network, founded in 2007, for “all those who are interested in walking as a critical spatial practice”. The website Walking and Art is devoted to artists walking and records, among many artists’ walking initiatives, a work by Hamish Fulton, at Tate Modern, London, last year, called ‘Slowalk (In Support of Ai Weiwei)’. It involved public participation in a meditative perambulation around the Turbine Hall and demonstrated Fulton’s continued commitment to his 1973 resolution to “only make art resulting from the experience of individual walks”. Long himself has an exhibition at the moment at the Hepworth Wakefield till October.

Meanwhile,the Belgian artist, Francis Alys, has spent the last two years carrying a can of green paint around the boundaries of Jerusalem and a gun through the streets of Mexico City, his adopted home, in ‘A Story of Deception’, an exhibition at Tate Modern in London in 2010 and at MOMA in New York in 2011.

In August, as part of the London 2012 Festival, the Cultural Olympiad, public participation is invited in ‘Walking’, a site-specific project involving a four to five hour choreographed walk through the East Anglian countryside and along the Norfolk coast.

East Anglia is also writ large in the literary sub-genre spawned by walking, a genre that has largely coalesced around the cult work of the German writer and academic, WG Sebald, who died tragically in Norfolk, in 2001 at the age of 57. When the English translation of ‘The Rings of Saturn’ came out in 1998, it posed a dilemma for its publishers who had little idea how to classify the work. It was neither fiction, memoir nor travel. It was about memory, history and walking; a work of psychohistory, psychogeography or, perhaps, quite simply, a work of art. Sebald’s canvas was a meandering walk through the Suffolk countryside, his palette the history, memories, recollections and intellectual digressions evoked by a landscape revealed only to the walker, for walking alone “gives access to the keyless chambers of the brain” (Edward Thomas). The phrase is quoted by Robert Macfarlane in his recently published ‘The Old Ways: A Journey on Foot’. The book might be seen as a companion to Sebald’s work, just as the exhibition at the British Library, ‘Writing Britain: Wastelands to Wonderlands’, with its celebration of the literature of landscape from Blake to Ballard, might be seen as a catalogue of the genre.

The art of Sebald’s walk lies in both the execution of the walk and in its documentation or, as Richard Long put it in a recent and rare interview in the Guardian newspaper, “leave footprints, take photographs”. This also reflects the binary nature of the work of land artists like Robert Smithson. The inaccessibility of such earthworks as ‘Spiral Jetty’, for example, make the documentation as important as the work itself, witness the exhibition of Nancy Holt ‘Photoworks’, including ‘Pine Barrens: Footprints’, at the Haunch of Venison Gallery, London, till August this year.

Sebald’s walk was documented on film, as well as in book form. The documentary film by Grant Gee, ‘Patience( After Sebald)’, retraces the author’s steps with archive commentaries on some of Sebald’s digressions, his riff on the history of herring fishing, for example, with voice-overs from writers and authors interpreting the work. Patrick Keiller, in his museological work ‘The Robinson Institute’, taking his lead, perhaps, from Sebald, has put together all the elements in one, rather like an all-inclusive package holiday. The work is made up of a carefully constructed elliptical walk around chosen sites in central England; a record of the walk on a DVD called ‘Robinson in Ruins’ with accompanying booklet; a book by the artist entitled ‘The Possibility of Life’s Survival on the Planet’; and an installation that in its encyclopedic complexity and extent manages to fill the daunting, cavernous spaces of the Duveen Galleries at Tate Britain.

The exhibition is the result of a double collaboration with Tate Britain and with the UK Arts and Humanities Research Council as part of its Landscape and Environment Programme. Whilst the latter has required the work to have a contemporary context the former has provided Keiller with access to the gallery’s archive and art works. The exhibition is a miscellany of the artist’s own work, associated documentary material, and paintings and sculptures from the Tate’s collection. The exhibition echoes the confused, labyrinthine progress of the film, with Robinson, the fictitious traveller, constantly heading off in a new direction, his eye caught by some seemingly incidental image that leads his camera to linger and his mind to wander into lengthy digressions, whilst always focussing on some underlying theme of political or ecological disaster.

The fictional walk took place in 2008, at the time of the financial crisis, but the references reach back into England’s pre-industrial past where Robinson finds evidence of deliberate government actions to disconnect the rural population from the land. Once displaced, through Poor Law legislation, enclosure and state sponsored violence, like the Peterloo massacre of 1819, a moveable labour force came into being to power the new industrial age. From the Pelican Inn at Newbury to the location of the Swing Riots at Bicester and the cruise missile base at Greenham Common, Robinson unearths evidence of capitalism’s advance towards its present crisis born of greed, political calculation, dispossession and displacement and class conflict.

Robinson sees all around him evidence of a “Great Malady” which he intends to “dispel in the manner of Turner by making picturesque views on journeys to sites of scientific and historic interest”. Robinson is walking “to avoid global catastrophe”, his observation of the landscape providing an understanding of the past and a vision of the future. By walking Robinson “sought to recover the possibility of political and economic transformation”, hoping to “trigger the end of neoliberalism by going for a walk”.

Robinson’s – or Keiller’s – Great Malady feeds into much that ails contemporary society and resonates with the many commentaries on the crisis of twenty-first century capitalism currently in print, like Naomi Klein’s ‘The Shock Doctrine: Disaster Capitalism’, for example, or the political philosopher, Michael Sandel’s ‘What Money Can’t Buy: The Moral Limits of the Market’ or John Lanchester’s ‘Whoops! Why Evereyone Owes Everyone and No One Can Pay’. The walk takes Robinson to sites that provide the historic context for our accelerating economic inequality and social disconnections that give the lie to what Ferdinand Mount, in ‘The New Few, or A Very British Oligarchy’, calls George Osborne’s “grotesquely implausible” mantra that “we are all in this together”.

All around him Robinson encounters ruins that portend both ecological and economic disaster with human imagination more capable of comprehending the former than the latter. The destructive influence of the military-industrial complex and Britain’s toxic links with the United States is a recurring theme, symbolised by derelict airfields and the underground network markers, dotted about the countryside, for the Government Pipeline and Storage System, servicing an atomic weapons establishment now under (illegal) American ownership.

Photographing the lichen, Xanthoria Parientina, Robinson sees the silhouette profile of Goethe but also the possibility of communication with “non-human intelligences”. The image appears on the cover of the book that accompanies the exhibition. ‘The Possibility of Life’s Survival on the Planet’ focusses on the prospect of ecological disaster but in the context of the meltdown of late capitalism. Inclined to biophilia, Robinson sees communication with the lichen and other “non-human intelligences” as a possible route towards the preservation of life on the planet after ecological catastrophe has led to mass extinctions. Reminiscent of Jonathan Schell’s 1982 work, ‘The Fate of the Earth. A Republic of Insects and Grasses’, Keiller’s/Robinson’s vision is of a world in which the lichen might well be the dominant life form.

Viewed in the context of the recent Rio+20 Earth summit Keiller’s work takes on an even more prophetic tone with the conference offering little more than “green capitlism, nature for sale and more of the same inequality” (John Vidal, The Guardian 19th June 2012) and no greater likelihood of averting catastrophe than than Keiller’s surreal rambling.

Freelance writer on art matters - especially relating to art in the environment - natural and built, political and socio-economic.