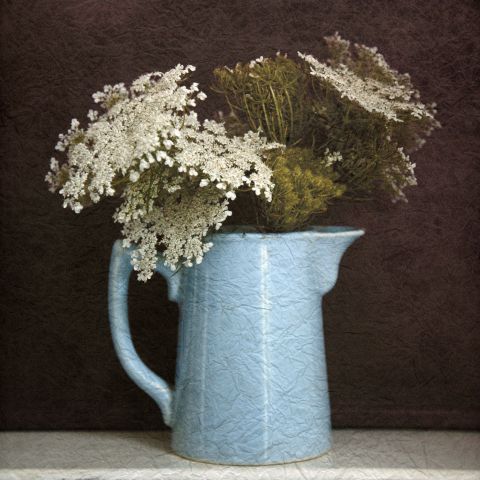 My mother was given a picture book of Little Red Riding Hood as a child in 1947 by her Grandfather. Inside, woodland is depicted as both menacing and enchanting, with illustrations in luxurious colour that show rarified constructs of non-existent woods. Under one is the caption – ‘It was truly an enchanting place’ Red Riding Hood follows a demarcated path lined with little wild flowers in fresh red and white colours which thrive under the cosiness of trees. (Ritchie, E. 1947) We know this scene is duly going to be turned upside down, that the woodland is going to swiftly entrap Little Red Riding Hood. Rather like the scene depicted in the picture book, Helen Sear’s major solo show of recent work, Lure, which, ‘explores the act of looking, and relationships between nature, space and scale.’ at The Oriel Davies Gallery in Powys, captivates and entrances but equally re-buffs our notions of landscapes. Helen Sear, Lure (Anon. 2013)

A leitmotif of temporality lingers through the work; from capacious images of wildflowers printed onto billboard paper and pasted onto the gallery walls (Pastoral Monuments) to nocturnes of a single sunflower submitted to an incessant gaze of a handheld torch, there is an acute awareness of capture and subsequent loss. The wildflowers will have long died, the bales of straw stacked in Blocked Field, bedded down in agricultural sheds, the ice of ‘Pond’ melted.

We, the viewer are offered orchestrated and calculated components of the cumulative experiences of Sear’s exploration of the Monmouthshire landscape in Wales, a country which the artist has inhabited for over 25 years. There are familiar signs of the countryside which Sear investigates, processes and reconstructs, debunking in the process the commonality of such things, offering a kind of decoding.

Rebecca Solnit at the beginning of her essay Invisibility states ‘There are many kinds of invisibility. There is the invisibility of what is so taken for granted that few see it…’. (Solnit, R. 2010) Sear plucks out components in landscape, visually common objects which might escape our notice, and imbues them with new visibilities. The Pastoral Monument (2012) series for example, where the artist selected wild flowers from a single field and found suitable hosts in the form of domestic jugs and vases from charity shops are treated with the reverence of portraiture or landscape paintings of past centuries, elevating the wildflower and its container from a dainty, whimsical arrangement to a silent homage. Printed on paper commonly used in commercial advertising, Pastoral Monuments has a linearity with the impermanence & turmoil of a consumer driven society where soon many S.S.I.s and ancient fields will be swallowed up for short term gain and profit.

Throughout the show, Sear has choreographed work through scale in a very interesting way. She has often made bold decisions to either scale up or equally reduce images to more intimate proportions. The series Sightlines which show portraits of young women with ceramic kitsch birds obscuring their faces are of modest proportions, which have been likened to small Renaissance portraits. (McNally, N. 2013) These images bring both sitter and bird into perfect focus whilst the background has been hand rendered by the artist with light brush strokes of gesso creating a dynamic between the digital and hand rendered.

Sightlines seems to displace both the viewer and the subject. They are akin to the geographical displacement of Doreen Massey; ‘You don’t have to move to be, or feel, displaced. It can happen through dispossession.’ (Massey, D. 2011) I wonder if Sear is making a comment on the often treacherous journey for young women in contemporary society, who, like female passerines, may adapt their behaviours to a cultural landscape peppered with obstacles to progression. The act of depicting them incognito prompts the question of whether these young women are hiding or are just being hidden?

In contrast to the delicate scale of Sightlines, Sear selects an epic scale for her work Plinths for Imaginary birds. These are large white, modeled tree branches made in polystyrene and fiberglass, humble materials mimicking classic sculpting materials like marble. There is a humour and playful quality about these pieces, which were borne out of the artist’s use of the ceramic kitsch birds in the Sightlines series. She cut the birds off of their perches and then took these severed appendages and reworked them into large, overblown white sculptures that like an Alice in Wonderland potion have outgrown their original hosts. Dotted around the gallery space, they feel at times like scenography left over from a film set or classical sculptures gone awry.

Sear who has in the past often worked predominantly in digital processes expressed her desire to return to a range of materials and media, both hand crafted and technically formed in the work in Lure. A recipient of a Creative Wales Award in 2010, she has been able to solely focus upon this new body of work, which will go on tour to other galleries in Wales including Oriel Plas Glyn-Y-Weddw and Oriel Wrecsam in North Wales and Bay Arts in Cardiff. As the show moves, work may change according to each space. At Oriel Davies the show has a symbiosis and reciprocity between the work, artist and curator.

A continuum in Sear’s work appears to be a skill in suspending the stock responses to landscape and re-presenting the subject in an altered state. The artist has a delicate and unnerving ability to pound and break the often cosy human responses to nature; To reveal the unseen, the discarded and elevate these to fresh viewpoints manifested in work such as The Tree Surgeon’s Table (2013). A composite of cast fallen twigs and branches which have been cast in bronze, chromed and presented on a partially hidden metallic surface (reminiscent of a surgeon’s table) the work oscillates between human limbs and fallen detritus of a woodland. They are unidentified/ uncategorized specimens, obscured by the acute angle of the table on which they lie, chromatic preservers of a notional construct.

At the end of the show around an unprepossessing corner is a small entrance to a long black corridor where the video projection, Chameleon seductively looks out, a single golden yellow sunflower, which quivers in torchlight. The sunflower is a cultivar to the wildflower of Pastoral Monuments, raised by Sear’s husband on an allotment. It is tender and joyous; a full stop to a show that is full of questions about the relationship of the body (human and animal) to landscape.