Hayley Newman and Emily Speed: The Body meeting Architecture under the Echo of Performance - a-n The Artists Information Company 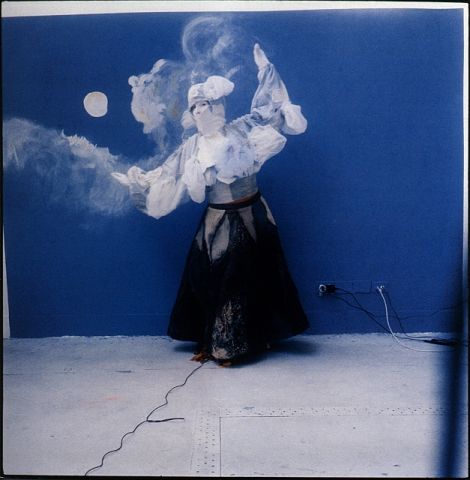 In the current show at Castlefield Gallery, Manchester, Hayley Newman and Emily Speed make evident the strong relationship between the body and architecture through different media from drawing, sculpture and video to performance and writing.

This show is part of the gallery’s annual programme Head to Head, which presents the relationship and the dialogue between the works of two artists, one from the North West and the other of national and international recognition. Newman was born in Guildford, Surrey and studied at the Middlesex University, the Slade School of Fine Art and at the University of Leeds. She has performed and exhibited her work within and outside the country. Speed lives and works in Liverpool and studied art at the Edinburgh College of Art and the Wimbledon College of Art in London. Her work is shortlisted for this year’s Northern Art Prize.

Overall in both gallery rooms, the documentation of performance has a strong presence. In the upper level gallery, Newman’s The Volcano Lady photographs (2005) document a performance, where she wore a costume designed to resemble a live volcano, echoing the performances of the Dadaists and especially those of Hugo Ball. Next to them, a video of her performance Night Life of the Jewellery is playing, where the artist is in a jewellery shop trying on simultaneously all the necklaces, rings, earrings and bracelets from the window display. Newman uses her own body, similarly to many of her performances, to create a flashy and grotesque image and an uncomfortable bizarreness. In Speed’s Body/Building series of small drawings on card (2013) – representing buildings like armour with just two bare legs extending – the performance element is not obvious. Nevertheless this series can be considered as the ‘recordings’ of her 2009 performance Inhabitant around Linz, where she wore a ‘costume’ of cardboard boxes and model houses.

In the lower level gallery, Newman’s work Domestique (2010 – 13) – consisting of over fifty donated used dishcloths with embroidered faces exhibited on the highest wall of the gallery – has undertones of performance, as in her 2012 performance Facing at Cornerhouse she used these same dishcloths to cover her face. In a state of absentmindedness – just listening to radio or watching films at her home – the artist elevated the dishcloths to ‘masks.’ Additionally, her Histoire Économique (2013) is a series of rubbings of details from the exteriors of banks on used envelopes, which again are inspired by her own performance as a bank rubber, recorded in her forthcoming novella Common. The title of the series and the creation of rubbings are stimulated by Max Ernst’s technique of frottage found in his Histoire Naturelle (c. 1925). In Speed’s film Build-Up (2013), we watch acrobats in Manchester’s iconic ‘Toast Rack’ building creating still and moving images with their bodies, by taking into account the surrounding architecture. The body becomes, through a continuous repetition of different movements and exercises, the vehicle of expressing a constructing and collapsing process.

Another interesting piece where the relationship of the body and architecture is implied is Newman’s Façadism (2013). The artist has created a photocopied book, where she has written short stories about faces, such as the one about the face of a conman, or that of a woman experiencing facial numbness. The title of the book refers to the practice of demolishing a building while maintaining its façade intact, similarly to human faces remaining intact while changes take place within.

The show is an interesting blend of the works of Hayley Newman and Emily Speed, both employing humour, playfulness and the flexibility of the body to portray the body’s relationship to the surrounding space under the echo of performance.