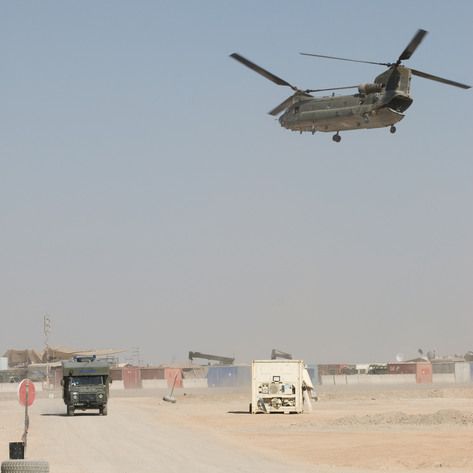 Bridging the Gap from David Cotterrell on Vimeo.

“In the last year the economic and political landscape has altered radically, with an impact across society that will come in different forms and at different times. Now is the time for new thinking and reassessment on the part of the arts sector as well as policy makers. The squeeze on public spending is already evident and the visual arts have predictably been subject to adverse press scrutiny. (In contrast new research from Arts and Business suggests that individual giving to the arts is and will remain healthy.) In addition the challenges of climate change become more urgent, the tensions between global and regional/local remain and the opportunities offered by new technologies grow – the list could go on…

What are the opportunities as well as the challenges and what are the priorities in the immediate and longer term for the arts sector and for policy makers? How do we as a community of practice and vision meet the challenges, decide what is needed to make the most of this 360 degree moment to the advantage of all, and make the case to policy makers, opinion formers and others especially in the lead up to the General Election and subsequent spending review?”

In his response, David Cotterrell said: “I am an artist and an adviser to emerging professional association for artists, AIR – Artists Interaction and Representation, which (after only three years) has attracted over 12,400 members. I am speaking here without any pretensions to offering a comprehensive over-view of the practitioner perspective, but simply to propose one anecdotal and subjective view from within a broad and eclectic community. I have for the first time written down some thoughts before speaking. As I tend to write much less than I speak, I am expecting this presentation to be quite brief.

In my opinion, artists have an advantage when confronted with political and economic crises. If they manage to sustain themselves through the first five years of their practice, artists tend to work to a different time-scale to many businesses. While conscious of the proximity of short-term demands, anxieties and opportunities, many long-term projects – affected like all other members of society – [they are] yet not dictated by election cycles, growth forecasts, business plans, fashion trends and annual targets. This community has heavily invested in itself through training with a disproportionately large number being educated to BA, MA and increasingly PhD levels.

It is a community, which continually invests almost all of its income back into research and infrastructure. However despite its scale, it remains a little intangible. While we can identify the symptoms and exemplars of cultural vitality through the locations and structures of institutions like his one [Tate Modern] it is much more challenging to map the location and health of the tens of thousands of active practitioners within the country, which foster the creative potential that justifies these castles of culture.

In a recent AIR survey, 72% of practitioners declared themselves to be self-employed, while the value of advertised funded opportunities appears to have receded by 40% over the past twelve months. It is not clear if protecting the structures alone, we can guarantee that we sustain the communities beyond the walls. As we are reminded of the fickle value of commodities, shares and real estate it may be that we have an opportunity to refocus, and to consider that the real wealth of a society may reside in its intellectual property rather than its bricks and mortar.

The disparate, amorphous and eclectic resource that can be defined as ‘artists’ is a difficult thing to protect. While we can identify and champion the minority group of individual artists, which have managed to emerge to the point of visibility beyond their own peer group, it is an illusion to believe that the innovation, excellence and impact encapsulated by this summit of the pyramid can be protected without a continual, permeable and iterative relationship to the much more diverse foundation of cultural activity, nurtured by the critical mass of thinkers and makers yet to be championed.

My worry is that fear may lead us to solutions, which offer reassuringly tangible points of focus but fail to embrace the more abstract value of critical debate, mentoring, and progression. As governments hold their breath and wait for the economy to return to good health, we must take care to ensure that the re-emergence of confidence is not greeted by a fragmentation of the fragile cultural networks that have been so carefully fostered and supported over the past decade.

As institutions consider uncertain futures, potentially more modest programmes and survival strategies, it is important to remember that the sustainability of cultural centres is not only reliant on winning over the funders and philanthropists. An institution will engage a limited number of artists to be commissioned, promoted, and subcontracted to deliver content, however a much larger number also represent the core of an audience. They are the peer reviewers, critical arbiters and community of an institution. Institutions that reach out to show solidarity, respect and interest in the networks which, validate and vitalise them, may be better placed to safeguard their relevance and justify themselves as active components of a cultural landscape rather than museums of previous successes.

So how will artists survive? Perhaps practice will contract as the market becomes more cautious. Perhaps a new government will even more explicitly focus on the SMEs [small and medium-sized businesses] over the diverse, pluralistic incubators of invention. Perhaps artists will develop more anarchic responses to a state that appears to misunderstand them. Artists will continue to make work. I am confident that artists will continue to inventively seek out new frameworks to support the realisation of their work. The question is really, whether the institutions, as they struggle to sustain themselves will become disembodied from the generation that emerge through more challenging times or whether they will work to articulate and nurture the self-funded, self-subsidised and embryonic practices, which they will rely on and benefit from in coming years.

So, if you agree with me that artists are a core element of the critical mass, which justifies your work, how with limited budgets can you seek to ensure that critical dialogue is maintained? I would propose that, while forging pragmatic links with sponsors, government agencies and [other] developments, a concerted effort should be made to consolidate and strengthen the perception of institutions, not only as presenters of the achievement, but also as the facilitators for experimentation, dialogue, research and critical debate. Institutions need to welcome artists to work with them on the strategic challenges ahead. They need to ensure that artists feel as valued as the funders and that open critical dialogue can be embodied through debate, consultation, practice and representation. Institutions need to attempt to map their constituencies and present themselves as the permeable research centres, which protect and nurture emerging arguments, risk and research.

If the market for luxury commodities, which has been credited with supporting the boom in Britain’s artistic practice and profile, appears to become more conservative, perhaps it is time for institutions to take more credit for their more considered and longer-term role as the champions of the life-long enquiry, resilience and curiosity, which artists often appear to embrace; bridging the academic enquiry of the university, the diversity and pluralism of the individual practitioners and the public access and ownership of the museum. Perhaps they could look to emphasise further, their role not only as protectors of cultural wealth but also as havens for cultural potential. For me, the celebration of pluralism is essential. I don’t believe that all artists can help us to find some form of truth, but more that their cacophony of diverse, contradictory, tangential and subjective views may serve to challenge the fiction of established narratives and remind us of the inherent complexity of human perception and experience.

I was recently told an idealistic metaphor to describe and justify the role of artists. If you imagine a crowd, perhaps a tour or commuter group hurrying forward to its destination, artists could be seen as the members of this crowd who run ahead to look around a corner and report back to the group on what they have found. The slightly heroic role of the artist as advance recon for society was quite flattering to any of us who describe ourselves as artists. But I found myself questioning with the simplicity of the image. I proposed an alternate view that artists are also the members of the crowd who drop back to tie their shoe-laces and find themselves distracted by the view down an alley or the detail of an anomaly, which might not have been initially regarded as significant by the crowd. Enthralled by the beauty and significance of their observation they might attempt to rejoin the group to describe what they saw.

Perhaps on most occasions, the view will (and perhaps should) be negated as trivial or too specific to the artist’s idiosyncratic interests. But periodically a portion of the group might agree to return with the artist to share the detail that had been previously dismissed. I suggested that the value of artists was not that all of these views and observations were vital to a society, but more that through allowing a wide array of individuals the luxury of stopping to look again and report back, it ensured that if insight was gained, there was a chance that it might be considered.

To stretch the metaphor, the museum could be considered as the owner of a soap-box, who may choose to help a returning individual contact its peer group. Perhaps this might be by offering an individual temporary access to the platform and microphone if feels an insight is of value. However, for me the museum achieves its greatest value when it not only reveals the successful insights, but when it serves as an advocate. The museum becomes dynamic, when it is also a voice in the crowd arguing vehemently for the group to tolerate the apparently errant behaviour of the individuals who periodically lag behind to stare and observe.

The challenge for artists may be to ensure that love of the soap-box does not become the dominant motivation behind their curiosity. The challenge for museums may be to continue to find the courage to offer the microphone to voices, which have not yet been heard.”

David Cotterrell is an installation artist working across varied media including video, audio, interactive media, artificial intelligence, device control and hybrid technology. His work exhibits political, social and behavioural analyses of the environments and contexts, which he and his work inhabit. He is a founder member of the AIR Artists Advisory Group.