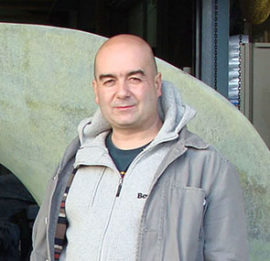 Sculptor in fine art and public art commissions. Dallas studied sculpture at the RCA from 1999-2001. In direct succession, he worked for the RCA for two years and taught sculpture in Chelsea, London, Bristol and Cardiff. In 2007 Dallas was short-listed for the Jerwood sculpture prize with his work ‘Sweet’ and In 2008 was commissioned by Barratt homes of Bristol to produce a major large-scale bronze piece ‘Ocular Gate’ for a development near Bristol. Dallas has had numerous exhibitions and shows throughout the UK and abroad and his work is held in several private and public art collections. In 2009 Dallas helped initiated an artist collective, the group were short-listed to represent Wales at the 54th Venice Biennale in 2011. In 2016 Dallas joined the RWA as a network artist and in 2018 was selected as an academician and council member of the Royal West of England Academy Bristol. Also this year he was appointed a member of the Royal Society of sculptors. Bristol England 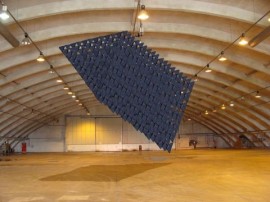