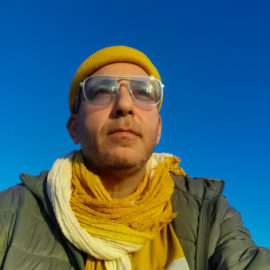 I am a Brighton based transdisciplinary award-winning artist developing and using socially engaged practices. In my work, if often investigate issues such as urban histories, social and racial justice, migratory identities and spaces and transcultural aesthetics. While not often obvious, my work is informed by my lived experiences as mixed race, gay, neurodivergent artist. Not having a formal fine-art training and with background in architecture, photography, research and activism, I often work through collaborative and participatory practices that lead to the creation of physical and social environments. If I would need to describe my work in one, well two, words it would be “place making” or “taking place”. Maybe it is to do with the fact that I have never felt I had one, being a migrant and a son of migrants. My work has been exhibited extensively in the UK and abroad including Tate Modern, the Turner Contemporary, Liverpool Museum and as well as in galleries and museums in the US, Netherlands, Berlin, Spain, Israel-Palestine and South Africa. I have been commissioned to create works by such as The Mayor of London, the Arts Depot, the Jewish Museum, South Bank Centre, Sussex Wildlife Trust and Ben & Jerry’s. As part of my practice, I have founded 2015 the Socially Engaged Art Salon (SEAS CIC) which have been promoting artists from under-represented sectors and of social art practices. SEAS is now part of the Black and Minorities Ethnics Community Partnership (BMECP) Centre and the LGBTQ+ Ledward Centre, Brighton, UK. www.gmdart.com www.seasbrighton.org Brighton, UK 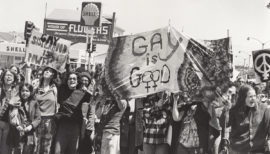