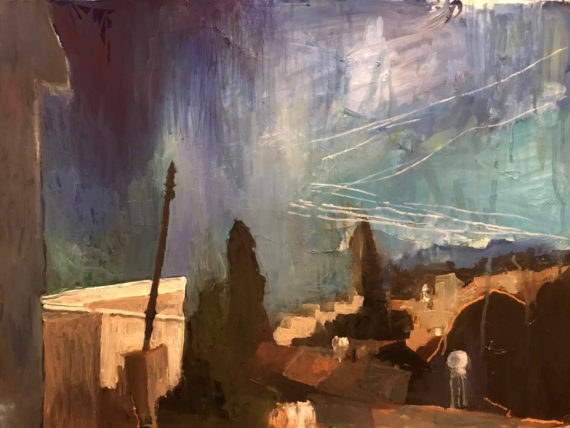 ​I am a Scottish and Cypriot experimental animator, visual artist and researcher. As a researcher, my work is a practice-led investigation into creative communication avenues among people in conflicting communities, via animation ​. My animation practice forms part of my research but I also maintain an independent of my research art and illustration practice. I was educated in Fine Art at the Bauhaus University in Germany, where I specialized in drawing. I then went on to study at the University of the Creative Arts, where incorporated the animated element into my artistic practice. From there on, I traveled to Glasgow, where I was trained as an animator at the Glasgow School of Art. At the GSA I also completed a practice-led PhD in Art, Animation and Peace-building. I am living in Glasgow and despite repeated effort I cannot speak with a Scottish accent. Glasgow

Finally, after a lot of work and a lot of sweat the animation is slowly coming together. Mainly due to the long time it takes to finish, but also to make it a lighter and more digestible piece for the viewer […]

I found a gallery, finished the sound, but I am really behind with the animation. I need to really buckle down for the next two months in order to finish it. Possibly add some live footage to it. My […]

I have made the final sound edit. It was a rather hard as I had to make many difficult choices, such as how long I wanted the film to be, or whether I wanted the spectators to regard it the […]

Drawing with pencil and prismacolour on the protective layer of cels.   After a break from my artistic practice I immerse myself once more in the calming qualities of drawing. But is drawing a pink gun calming?

Trying to squeeze some time for the project. I have to admit its not that easy at the moment. Still, I need to keep on going…Below are some samples of work. Pencil on the cel protection paper (!). There no […]

the last part of the interviewing process took place over a month ago. Below are the lovely people who agreed to take part.

Continued with my interviews in Glasgow’s East End. Met some really interesting people and got some great recordings with the help of my friend Beverly. Above is Victoria and Craig from the wee funky vintage shop near Saltmarket. Below is […]

Just started experimenting with the style of the animation). The animation will be of an experimental style and will be mostly hand-drawn. There will be a voice over of different women talking about their experience in love. This soundtrack will be  juxtaposed with the artist’s presence through […]

Started the interview process. Talked to Beverly, Amy and Caitlin. A cynicism in relation to the subject became apparent. Some women found it hard to express themselves on the subject and kept on apologising for it. Despite this, there were […]