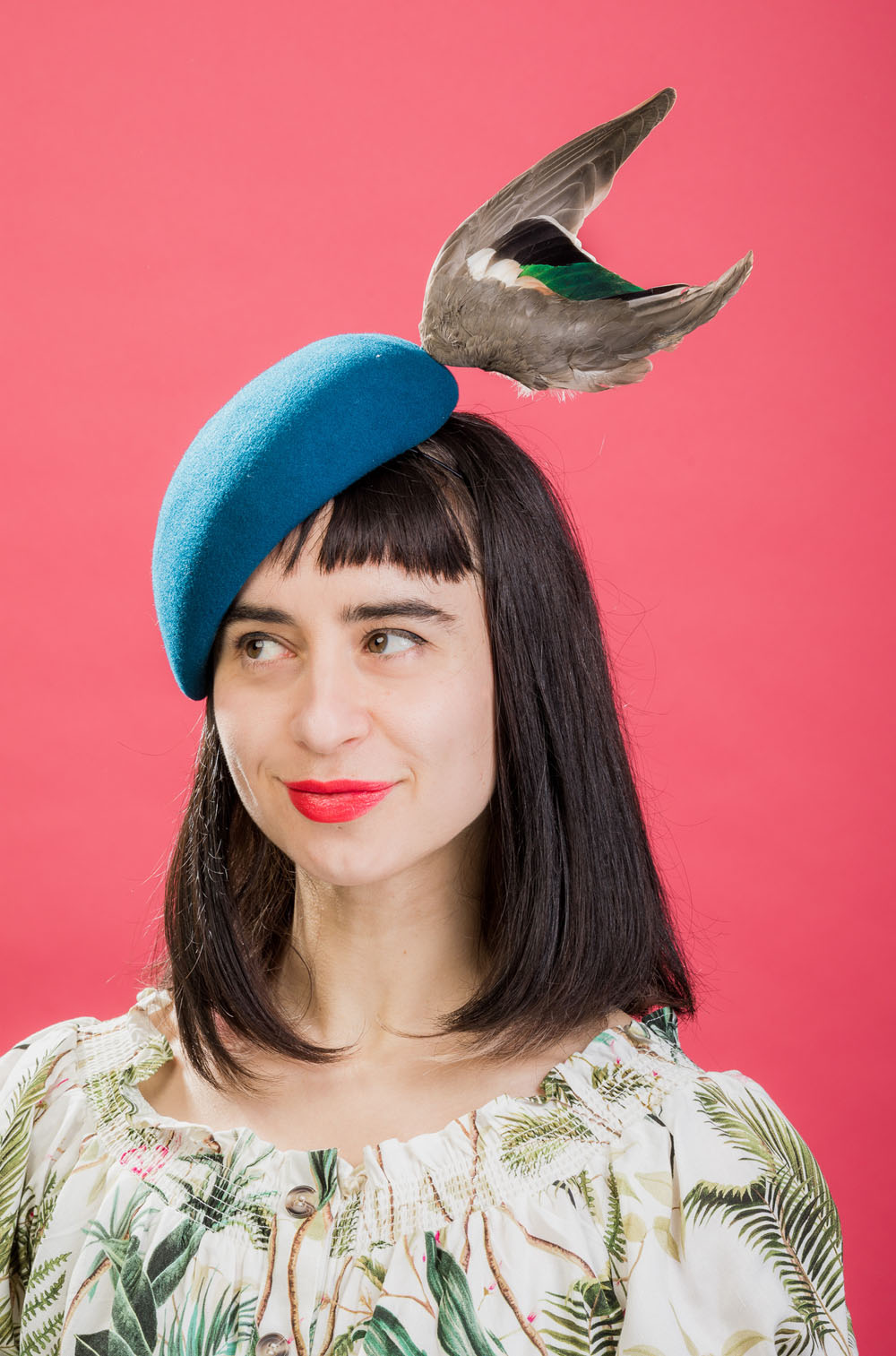 Sahar Freemantle is a milliner based in London. The purpose of her brand Sahar Millinery is to spread beauty and inspire creativity. She does this by specialising in handmade hats for women; Hats which have great shapes, compliment the wearer, and are comfortable to wear. Sahar Millinery hats are traditionally made, with a contemporary finish, and when it’s a bespoke piece - often tell stories of the wearer through the details. Sahar also offers workshops to teach the craft of millinery, as well as her newest venture; The Milliners Drawing Room which are hat-focused life drawing classes. Both of these ventures aim to bring out creativity from participants so Sahar’s audience are not just passive spectators or wearers, but intrinsically involved in the creation process. Sahar has a degree in Performance Costume from Edinburgh College of Art. Sahar Millinery also has a sub-brand called UglyLovely, which is a playful exploration at what beauty is, taking inspiration from nature and surrealism. Sahar’s work has been exhibited at the V&A, featured in The Guardian, The Independent and Evening Standards list of best Ascot Hats, on Screen in Downton Abbey, and on celebrities such as Ellie Goulding, Paloma Faith, Charli Howard, Georgina Campbell, Victoria Baker-Harber and Immodesty Blaize. Sahar’s work has been shown in Japan, Portugal, Mali, Berlin, France. London