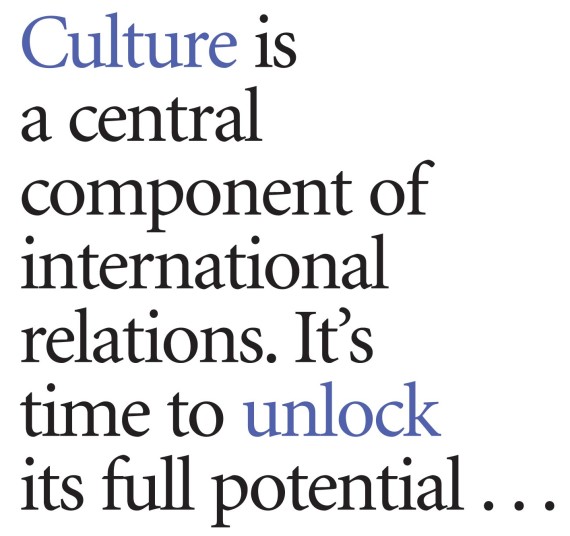 Argues that culture has been used as a way for leaders and countries to show who they are, assert their power and build lasting relationships. But in foreign policy, so often dominated by realpolitik thinking, culture and cultural exchange are often regarded as being desirable, but not essential. Suggests that: “In the future, alliances are just as likely to be forged along lines of cultural understanding as they are on economic or geographic ones.”