Adventures of the Black Square - a-n The Artists Information Company 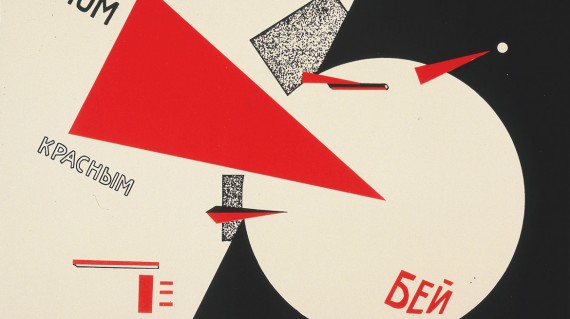 There can be very few works that are still echoing and reverberating through artistic practice a century or more after they were made. The latest show at the Whitechapel takes futurist Kazimir Malevich’s Black Square (1915) and shows just how far the social and political influence of this most seminal of Suprematist paintings has stretched – from the Bauhaus to the most razor sharp of high-definition video installations.

Given the multitude of ways it’s possible to read the painting, not to mention the continuing debate as to whether or not this was really the first painting for painting’s sake, the curatorial team’s focus on its influence specifically as a revolutionary symbol seems wise, if not always completely adhered to.

The downstairs space is stuffed with the tumbling rectangles, strong architectural forms and geometric shapes of works that were so informed by Malevich’s painting throughout the twentieth century. This must, I think, have been an absolute pleasure to curate, as everything here has such an immediate and inevitably complementary visual resonance with whatever’s been installed next to it. There’s Gustav Klutsis’s Design for Loudspeaker No. 5 (1922) – which shouts revolution from every ruled line – on one wall; the distinctive squares of an Anni Albers textile (a medium she took up her first choice of profession – architecture – didn’t allow women) hung from another; and plenty of punchy photographs of Stalinist radio towers by Alexander Rodchenko (and many other lens-based, architectural gems) a little further up. Sculptures by artists as geographically disparate as Carl Andre and Władysław Strzemiński punctuate the spaces between – the unifying factor being, well, their use of ‘squareness’ as symbolic of their various revolutionary ideas.*

Upstairs, the show explores the ways geometric abstraction has been digested by more contemporary practices, featuring some more or less direct homages to and reworkings of pieces downstairs, and others with a less umbilical connection to them. Israeli artist Zvi Goldstein’s Element C-14 (1978 – 82), for example, uses hyper-glossy sculptural and painted repeats Klutsis’s symbol of soviet ideals to reflect on concepts of utopia in the middle east. Isa Gentzken’s squonky, neon models of suprematist structures are an inevitable but welcome inclusion.

The insanely slick production value of Sarah Morris’s film Beijing almost (but not quite) tips it into overblown territory. Karthik Pandian’s Reversal (2013) is, as far as I can tell, the closest of any of the works here to the way you’d imagine one of the early 20th century suprematists might exploit HD video – the sleekest, red rectangular forms, generated by a computer, slowly make their way over randomly selected black and white images, and the result feels like a very Malevich-esque enquiry into time, shape and movement.

The thought that keeps nagging me as I make my way round is one of remit… they’ve really taken on a lot with this whole ‘Abstract Art and Society 1915 – 2015’ subtitle. It’s an awfully large chunk of art history for one exhibition to chew over, both conceptually and chronologically, and means that they’ve set themselves up for some inevitable criticism – everyone has a slightly different idea of how abstraction has related to the world, and the richest show couldn’t hope to meet so many varying expectations. Still, there’s plenty here to get taken in by, as long as you don’t get too caught up in worrying about what’s been left out.

*One of the best tales from an opening I’ve heard in a while: apparently someone popped Cildo Meireles’ tiny (as in less than 1cm squared) Southern Cross (1969 – 70) in their handbag and made off with it thinking it was ‘a piece of the gallery or something’ according to the invigilator who told me the story. They got it back after seeing her on security camera and politely stopping her… an accidental, seemingly-but-not-actually-revolutionary-at-all act that Meireles, no doubt, would chuckle at.

I'm an art writer living in London, and I write about any contemporary work that makes me want to take the time to think it through. You can read more both on my blog, the kunsthaus.co.uk site and other publications I write for sporadically.