ART IS A GUARANTY OF SANITY - LOUISE BOURGEOIS: WORKS ON PAPER - a-n The Artists Information Company 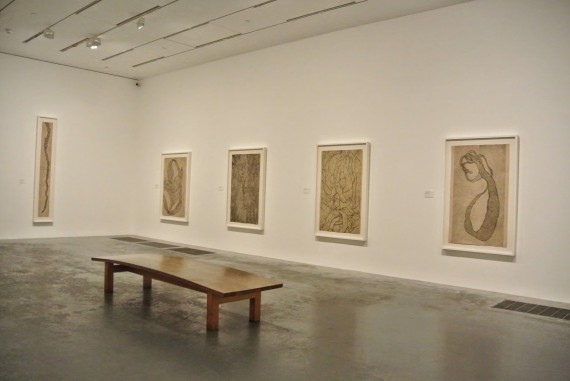 If as Bourgeois alludes to in a letterpress work that; Art is a guaranty of sanity is true, then it must be said that being an art student is a guarantee of loosing it. Currently on display at Tate Modern is a hidden gem of an exhibition titled; Louise Bourgeois: Works on Paper, on until the 12th April 2015. But guess what, they can’t seem to stop making a song and dance about Sigmar Polke and a photography exhibition.

This FREE exhibition beautifully showcases works on paper by Louise Bourgeois, of most note is a series of etchings in what can only be described as a white wall box space with a lovely solid wood seat on which to sit and engulf the information from the series of etchings adorning the walls. It really was a lovely wood – would be fabulous to print with (don’t be tempted you’ll be rugby tackled by a shirted security guard before you’ve even consulted with your rucksack).