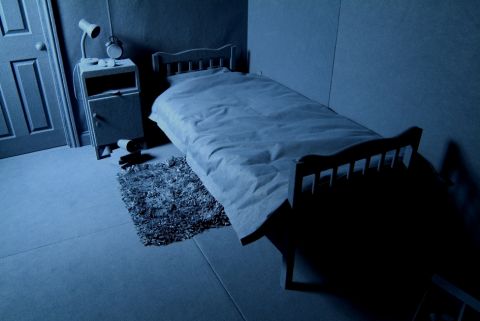 The return to the At Play season at South Hill Park was At Play 2, another lovely mixed medium, interactive and somewhat sensationalist exhibit.

The exhibitions are managed around the idea of reminding adults about the life of playing without consequence and it is best to believe that this was another success to their objective.

It re-creates in both adults and children a sense of what it is like to be a child at play, encouraging the viewer to gaze, remember, touch, etc and to play. Play has “many faces” as the exhibit mentions.

Perhaps some of these become clearer than others as the gallery seems well organised and dedicated to a higher degree of professionalism than to simply allow children to frolleck and enjoy.

The At Play exhibits are hardly fair grounds which promise all the fun that every child dreams of for a simple admission ticket, but they do accomplish a level of interactivity that is not normally seen in artwork.

On one hand you will have all the freedom and comfort of being yourself with such artworks as Francesca Galeazzi’s This Is My Chair 2 yet you will feel a sense of controlled behaviour with the highly decorative and stunning Muffled Bedroom by Imogen Welch. You have to remove your shoes to enter her piece and not touch anything inside – very sensitive accessories.

The piece by Imogen Welch, Muffled Bedroom felt the most impressive piece in the exhibit due to the entire bedroom space being covered head-to-toe with a blue felt material that “removes all indivualism and identity” whilst still presenting a world of possibilities.

The painting The Park by Alex Dewart was another favourite of the exhibit for two reasons: one is that it is a painting and as many possess an ‘arty/pretty pictures’ sentimentality for paintings, it was there to surely please many visitors.

And two, the piece is a reference to landscape and computer imagery (as well as being inspired by Cezanne’s landscapes).

The painting highlights the man-made and natural qualities of a public park and it’s place in the exhibition is to almost question the environment at which play is often participated in by children and adults.

If the audience gather their thoughts about the processes of those parks, everything is ordered and clipped, with the rarest things being spontaneously changed to a make it less man-made and more destroyed (e.g. litter).

Then the piece by Francesco Galeazzii This Is My Chair 2 (2010) is a recreation of a red fluffy chair the artist was given as a child and by bringing that memory back to life, and encouraging others to explore it’s playful abilities, she is creating new memories.

The Pop Art behind such a chair with modern design was the most intriguing sensationalism-esque work to be seen in a long line of ‘playful’ exhibitions.

The Mansion which exhibited this collection of work throughout it’s four spaces (Bracknell Gallery, Community Gallery, Mirror and Atrium) was at times confusing and perhaps another attempt to reproduce those memories of childish exploration and fantasy.

However, it paid-off rather handsomly with Daniel Lehan’s DO THIS! series of sign post pieces scattered across South Hill Park to return those feelings of playful thinking and attitude.

Another blast-from-the-past came in the form of an interactive googlemap of …’s Sandcastles series from last year. The artist created several minature sandcastles for the first At Play exhibit and scattered them across Bracknell (including town centre and South Hill Park) with the most bizarre and comic of locations.

An interactive googlemap or take-away one allowed you to revisit those locations perhaps even find them yourselves. A “regular Hollywood map to movie star’s homes” piece for Bracknell.

Imogen Welch’s bedroom installation will probably serve as the gallery’s headliner in this current exhibition and we are sure to be interested in what may come of At Play 3 in April-June 2011.

Perhaps we can expect more interaction yet there is a sense that the gallery could attempt to perform less of a ‘fair ground’ appeal and not necessarily remove the child audience, but explore the recreation of childhood-ness in either a particular medium or dimension.