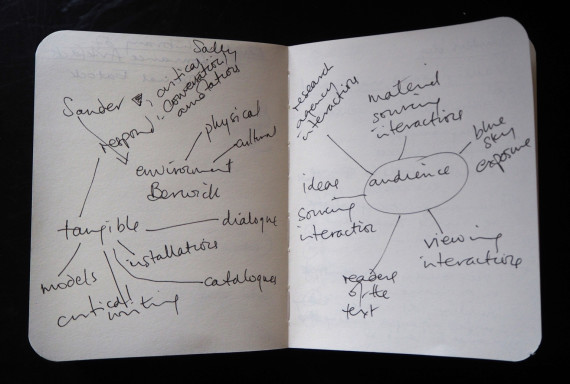 Sander Van Raemdonck, artist in residence at Berwick-upon-Tweed from November 2015 to April 2016. This residency is a partnership between Berwick Visual Arts and The Centre for Rural Economy, Newcastle University. The resulting works will be shown at Inclosure: an exhibition at The Granary Gallery, Berwick-upon-Tweed  from 23 April to 5 June 2016.

It is impossible to think of rural communities without envisaging their people and their homes. Houses matter because they are more than a shelter: they are critical for the wellbeing of individuals, of families and of communities.

This residency called for original artist-led conceptualisations of rural housing issues, conflicts or visions: homes, structures, symbols, places, social spaces, exclusive areas, homelessness, individual ownership and the collective. It sought creative thinking and expression about rural houses that meets community needs and stirs research questions, a response to this theme within the context of Berwick-upon-Tweed and Northumberland. 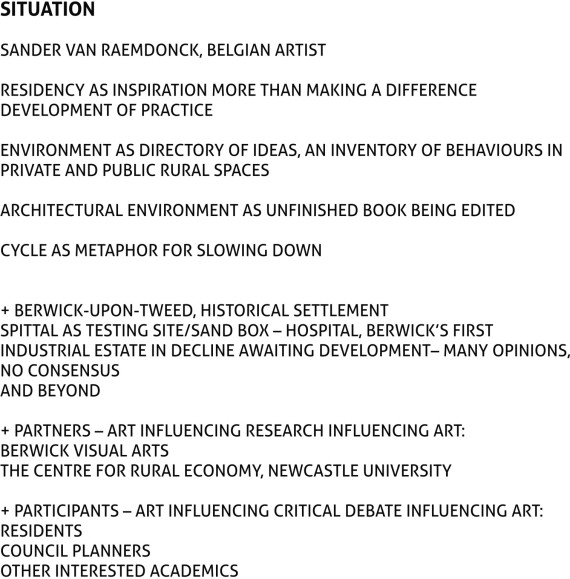 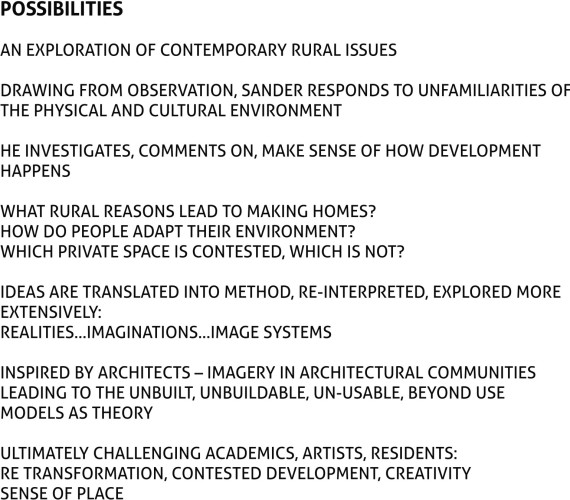 How is the discussion opened up?

Sander uses the unfamiliarities of a new environment to create his own responses which, when published, become provocations to his audience. He directs by his choice of materials, constructions, scale and methods of publishing; he does not direct by openly dictating how these tangibles will be received. In addition, he imagines playful possibilities that may remain unbuildable.

How do creative interactions help us engage with the world around us?

Sander encourages us to notice how we appropriate the space around us, making unplanned environments that may or may not reference the historical past. He persuades us to notice the idiosyncratic landmarks that rural residents create as practical solutions to issues rather than as grand ambitions. His self-installation, with measured flatpack wooden components, on the bench made from offcuts fastened to a tree stump, generates in-depth conversation with passersby. And we will not think about the practice of bird feeding in the same way again. He points us to the obvious that we have not seen and the unexpected that we did not hope to see.

What is the role of art in research?

Sander demonstrates the value of looking afresh at the everyday. Asking questions in different ways using language with care for the nuances and subtleties, offers the opportunity for critical thinking. Artists are not official experts that we suspect have an agenda that is not ours. Artists can say ‘Just a moment, consider this…’ They are not social engineers per se. But their processes can contribute to and influence research and vice versa. In the same way, participants can influence critical debate that influences arts practice. Residencies not only create the space to inspire, they also have the potential to make a difference.

This writing was first published on a-n Reviews 29 March 2016
www.a-n.co.uk/reviews as the result of a Critical Writing Bursary provided to a-n by Berwick Visual Arts.