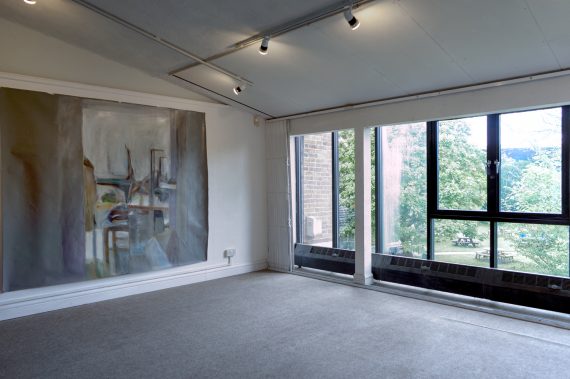 Supported by UCC and City of Munich

Atwood’s The Robber Bride (1993) tasks Zenia’s character with narrating the wider subversive Magical forces contained. Much like the current political stage, Zenia is an image reflected in a smoky mirror, whose multiple and ‘forever shape-shifting character functions as a catalyst for new and re-emergent traumas.’ (Vickroy cited in Bouson 2010: 23) Colchester in Essex in 2019 may be a ‘city’ uncomfortable with her rebellious connection to Boudicca against itd hegemonic backdrop of Roman power. Spanning two-floors of the Minories’ Grade II Tudor site, artists invoke Magic Alterity by exploring  a tension, life and approach to subject matters lying between the Magic and Real.