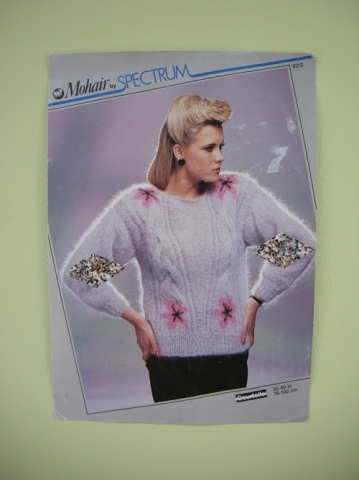 June has arrived, bringing with it the latest offering from Nottingham Trent University’s Fine Art department -the culmination of three years of study, and featuring works by eighty young art hopefuls- the 2008 Degree Show.

Irrespective of the individual merits of the exhibited works, the degree show is an established highlight in the Nottingham creative calendar; affording the public official sanction to wander the labyrinthine corridors of NTU’s Bonington building and, with that, gain an insight into one of the most vibrant creative institutions in the country.

One year on from my own NTU degree show, I approached the event with a sense of genuine curiosity and anticipation. I was eager to compare the show with that of my own graduating class, and perhaps, in some remote mental recess, I was alert to future threat; comparing my own personal practice with that of Nottingham’s newest batch of contenders.

Without the ‘look at me’ attitude that characterised the visual aesthetic of much of the 2007 show, this year’s exhibition was rich with understatement and visually very different.

Dan Ford’s two-wall contribution to the proceedings, for me, epitomised this notion of measured creativity, and was one of the strongest inclusions in the show. Perhaps best described as an installation, Ford’s work consisted of collaged imagery, paintings, drawings, marks and traces; confident, gestural pieces that exuded a dry wit and a keen aesthetic sensibility.

In preparing for one’s degree show, the art student has two options; to be brave or to play it safe. At this stage of intense academic pressure there is a temptation to return to processes with which you feel you can achieve the most positive reaction with; leaving the student artist at risk of pandering to their assumptions about their tutors, parents or public. There is also a tendency, from insecure students, to overload one’s final piece; the act of ducking anticipated accusations of laziness.

Contrary to this, Dan Ford’s work has a kind of defiant simplicity which makes it stand out against many of the other, more convoluted works. Adding the slightest of touches to an isolated magazine page –delicate pencil shading and the addition of marble-like diamond shapes on each of the model’s arms- Ford revels in the borderline between the intentional and the incidental; typified by the cracks in his display walls, unused screws and several rawl-plug holes, which he has left for all to see, with a welcome lack of prissiness.

His work will have infuriated some, perhaps even most of the wandering public; especially those who categorise art solely as something to decorate one’s bathroom walls with. Ford has not allowed himself to be held hostage by his audience, instead choosing to produce work on his own terms, in which the subtlest of drawings can become an intervention, where a hole need not be seen as a void, nor a crack as a blemish.

Naomi Terry’s immaculately constructed cardboard recreations of household miscellany -a bathroom cabinet and contents, a potted plant, a small table, some slippers, a mirror- were similarly adept at achieving that precocious balance between inventiveness and simplicity. Her constructions, which encompassed much of the upstairs studio space, assumed the initial façade of neatly modelled facsimiles. As cardboard interventions they were innately dysfunctional, being as they were outside of the context in which their originals occur (I.E. the home). Any presumed attempt at submersion was conspicuous; although it was in the void this act of “misfitting” created that allowed their playful, imaginative and subversive depths to be most felt.

Inside her wall-mounted bathroom cabinet, alongside tubes and pots of familiar, but indistinct toiletries -visually simplified through the employment of bold strips of coloured card- Terry has placed buttons (of the electronic kind), again made of cardboard, and peculiar wire or tube like cords which lead from one toiletry to another. The cabinet, which seems to double up as some kind of utility backpack-come-jetpack, replete with shoulder straps, has this double life, which suggests juvenile (fantasies of) espionage.

The compulsive fastidiousness with which the artist has reconstructed mundane ephemera, coupled with their aesthetic simplicity makes them instantly appreciable as works and recognisable as forms, although not all together naturalistic. Indeed, it is because of their inability to hide or blend in within their environment that makes the injection of a fantastical narrative all the more welcome and enjoyable. The suggestion of hidden function/purpose behind several of the objects seems to be a knowingly ironic gesture from Terry, which extends their dysfunctionality: Are we “allowed” to find these secret buttons? Are we meant to know something is out of the ordinary? (The answer to both questions is, of course, categorically yes.)

Both Ford and Terry are young artists who recognise the limits of their own practices. Rather than trying to cover these up, in the fever of their degree show count down, they have embraced the inadequacies and imperfections and made them part of their own unique visual languages.

Let us hope that from the current group of Fine Art graduates -of which Dan Ford and Naomi Terry are but two of many talented practitioners- that several stay in Nottingham and continue to contribute to an ever expanding art scene. A new studio group anyone?

This review was written as a commission for Leftlion; Nottingham's independent culture magazine. For more information please visit www.leftlion.co.uk 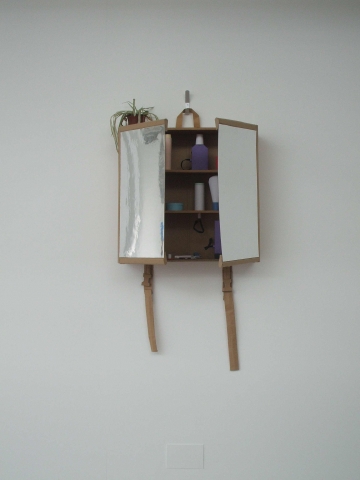 Hugh Dichmont is a writer and artist.