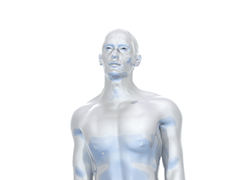 A key tenet of Gender stereotypical judgement is a sense of actual, implied or latent performative action in relation to roles, function and wider behaviour. Fallacious gender taxonomy has been kicking around since our early existence as hunter/gatherers. Various gender roles, frequently absurd under scrutiny, have been constructed, enacted and depicted. Behaviour conditioned, cliché perpetuated. Entrenched in this are dually complex and simplistic notions of gender position and sexuality in wider society. Human Societies seem to like rules and the world is seen as a much safer playground if everything fits into its designated place. Deconstruction and examination of these rules have long been fertile ground for artists.

From mid last century, with the birth of the mass media and the recent subsequent explosion of the digital age, the depiction of gender has permeated our homes and consciousness on an unfathomable scale. Film, television and now smart technology feed us image after image after image. Reality and our perceptions and sense of place within the notion of ‘our’ world, is more often than not, quite literally a construct, but lamentably taken as a given. Our thoughts and actions are seldom just our own, but more a set of improvisations within a pre-determined structure, akin to jazz down at Ronnie Scott’s. My own adolescence and trying to work it all out was bemusing enough. When all I had to get confused about was Barbara Windsor in ‘Carry on Camping’ or Jane Fonda in ‘Barbarella’. But in today’s world, Blimey! Where do you start?

It is then, no surprise that artists use the very media that creates gender myth, cliché and stereotype to deconstruct, prod and probe gender issues. Here at Backlit is a fine collection of video art under the title ‘performing gender’ embodying mega names like Mathew Barney and Ana Mendieta, mid rankers and up and comings all bundled together in a feast of visually intelligent and narratively challenging moving image. Many better funded corporate galleries tend to shy away from putting together more than two or three moving image works in one show, due the sheer complexity of getting it all up and running. But eight put together by Backlit is in itself wholly impressive, and that is before we get to the work.

Sneinton in Nottingham is a down at heel inner City district of Nottingham. Hence the inevitable artist run gallery and studio space. Tangential parallels can be drawn with once down at heel parts of New York. But Nottingham ain’t NYC, Sleaford Mods will tell you that. And that’s what makes seeing Mathew Barney or Ana Mendieta works here even more special. Mendieta’s ‘Sweating Blood’ 1973 (transferred from super 8) is grainy 3 minuter that has you captivated as blood slowly trickles down from her scalp onto her almost motionless face. The paradox of her composure against this ambiguous act of apparent harm is powerful. Barney’s ‘Cremaster 1’ presents the viewer with a mega spectacular sequence of enticing, dislocating and curiously sexy absurdist interactions. His use of sculptural form and application of quasi functional aesthetics, full of surgical fetish and retro Busby Burkely musical references leads you through a enigmatically choreographed set of narratives. You can dip in or out or watch the lot, either approach more than fills your critical boots. These seminal works are as visceral and encapsulating now as they were back then.

Recent works by Mandy NiewÖhner and Nottingham’s own Jake Moore add to the mix. With ‘Holy Trinity’ NiewÖhner explores the notion of being three artists or gender combinations in one body, via a video tableaux of herself as a male holding a fluorescent light crucifix, a naked woman with hands bound above her head and a drag queen. Full of catholic reference each body moves slightly disrupting ones initial assumption of being a still image, as if the protagonists were playing musical statues. The Catholic Church and it’s narrow gender dogma is playfully deconstructed in this evidently artificial restage of history painting.

In ‘Beyond the Water’s Edge’, Jake Moore presents the digital construction of a hench liquid metal male form. It has the feel of a morphing android from a sci-fi film or a chromium plated Oscar trophy replica. The male is lacking genitalia and any sense of identity beyond gender physique. Redolent of highly synthesised hunky gay pin up stereotypes, any notion of ‘real’ personality is absent. This animation is very much emblematic of our times of constructed identities. In this case with a clear reference to gay culture, but equally pertinent to any straight man who tries to reconcile their body as a container, signifier and outer shell of self in the present day.

Ryan Trecartin’s piece is a hectic pastiche of animation, film, enactment and appropriation all layered with fast paced cuts and superimpositions of text and layered image. Watching is akin to an experience where channel surfing and information bombard the viewer. It is delightful cocktail of information overload in a madcap construct where nothing ‘au naturel’ occurs.

Marianna Simnett’s work ‘Blood’ gives a ghostly haunting sequence of imagery using non-actors to play themselves in enigmatic narrative, there is a grainy nostalgic poignancy to the work. By contrast Jacolby Satterwaite occupies a futuristic virtual world whilst floating away strapped up and harnessed in a surreal digital Galaxy. The former rounded in notions of reality, the latter in the notion of escape.

Watching old school super 8 mingled with digital animation and HD film really punches home the carbon date of each work. The technological distance between Mendieta and Satterwite work is huge. From the 1980’s to the 2010’s equipment and image quality has evolved radically. The cultural distance in terms of wider attitude to issues of gender has also come along a long way in the UK. At my Secondary School back in the 1970’s, homophobia was the norm. Until Tom Robinson educated us in 1976, the term gay was not in general circulation. Today my son chats openly about people being gay, bi or trans at his School, it is quite plainly music to my ears. Despite all the wider shit going on in the world, thankfully we have moved our gender attitudes radically. This is stimulating, challenging and ambitious show exploring the complexities gender and orientation and very well worth a visit.