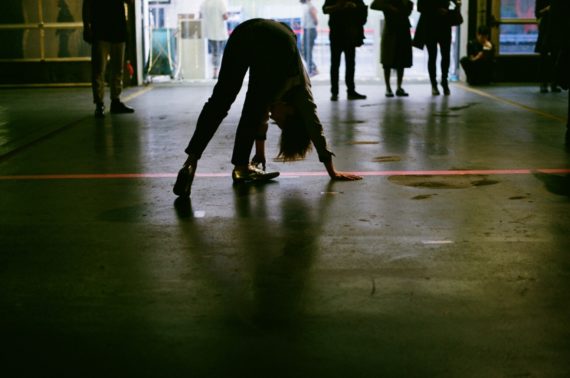 ‘Keep Ithaka always in your mind…’, the Documenta 14 day book tells the reader. ‘…wealthy with all you have gained on the way, not expecting Ithaka to make you rich’.

The first gallery invigilator I encountered stated “I am just here to control your behaviour” when I enquired about Annie Vigier and Franck Apertet‘s interactive Library installation inside the grand architecture of Torwache. Perhaps the lack of information, aside from the few captions that had made it to the walls, was part of the concept of ‘unlearning’ that this year’s Documenta is centred around.

This set the precedent for the opening days of Kassel’s edition of Documenta 14. Considering it was five years in the making; the multitude of maps and arrows, the technicians still installing works during the private view, the hand written titles, must have been part of the over arching conceptual intention… surely? In an attempt to see if we could find out more (or in fact less) about this, we headed off to navigate the city. 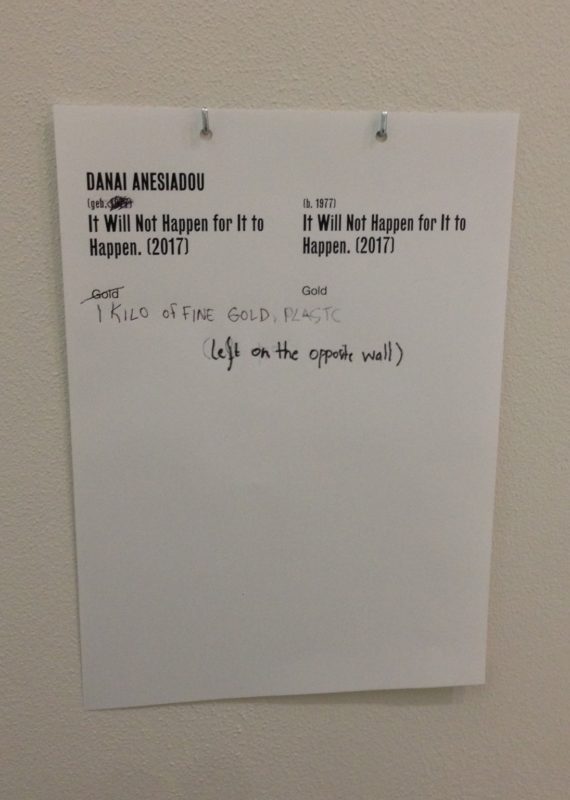 Fridericianum, traditionally houses the exhibition that is the centrepiece of Documenta. This year it is temporarily home to the collection of Greece’s National Museum of Contemporary Art (EMST), claiming to ‘’showcase the social role of art and its capacity to denounce, to transform, and also heal our traumatized world” the exhibition feels like a parade of the ‘other’, and uncomfortably presents the increasingly problematic curatorial decision to ‘Learn from Athens’.

This is displayed further in Neue Neue Galerie, where the audience is bombarded with one reference to Greece after another as they meander through the vast Brutalist ex-postal centre, once again the calibre of the architecture overshadowing the work that it features.

Maria Hassabi’s STAGING 17 interrupts the space, bodies writhing slowing over the floor and each other. Brightly coloured carpets and silver shoes add little other than an instagram moment, but the slow movements of the dancers themselves engage you at a difference pace, asking you to pause, and observe their stillness in real time. 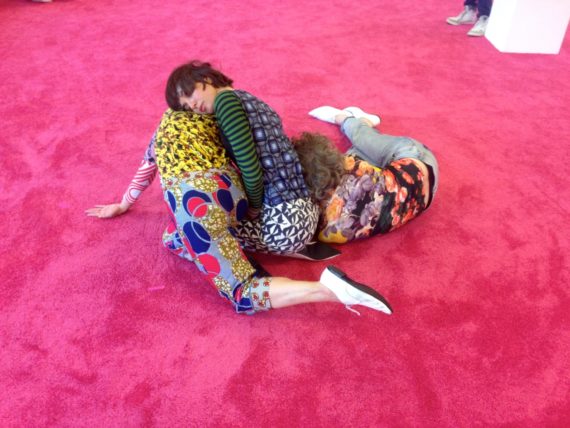 Around the corner from Neue Neue we find the Turkish neighbourhood, the only bustling part of the city we’ve discovered so far. The uncomfortable reality of hoards of art professionals descending on Kassel to observe collections of works from Greece, and surrounding region, is heightened at an opening party in the nearby subway. A university student told me this is the place where the migrant community usually congregate around their sound systems, but as we danced to a Documenta DJ there wasn’t a local in sight.

On paper the grassroots strand of the programme aneducation, which investigates ‘the correlation between art, education, and the aesthetics of human togetherness’ sounds timely, critical and an integral part of the Documenta experience. In practice unfortunately it was far from it. Although we were greeted with enthusiasm at Narrowcast House, which appeared to be a hive of activity and definitely worth the trip if you have time to take part in the House of Commons, discussing ‘collective acts of learning’. However, the chorus walk which we participated in was a far cry from what it claimed to be in the programme. An excruciatingly painful walk around Documenta Halle felt more like being dragged on a patronising school tour than ‘giving voice to deep questions’. A premature escape was all we could manage from what we could only assume was an example of ‘unlearning’.

Documenta Halle feels like a separate curatorial strand in itself. Once again the programme describes a dynamic exhibition, incorporating scores, notation, movement, performance and listening; which in reality consists of works crammed in next to each other, giving them no space to breathe and shockingly stating the obvious, becoming almost offensive to both the works and the audience viewing them. 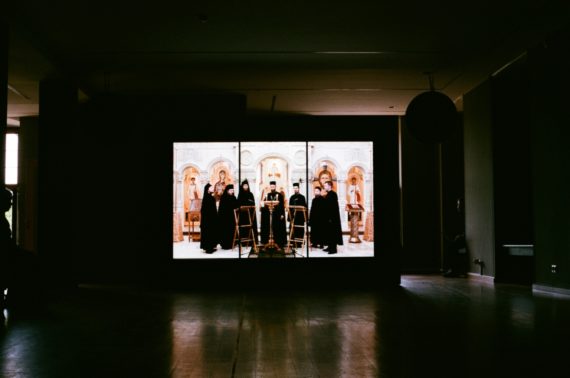 There were certainly gems to be found in this generally underwhelming treasure hunt through Kassel. These mainly came in moments of solace, a breath of calm amidst the frustration. In the magnificent setting of the Orangerie, the orthodox hymns from Romuald Karmakar’s video works lure visitors inside through the open windows. Another successful marrying of artwork and architecture occurs in the Ballhaus, which is well worth the trip. Narimane Mari’s feature length film explores colonial histories and imagined societies, aptly housed in the ornate surroundings of this ballroom built in 1808 by Napoleon’s brother during his time of rule. 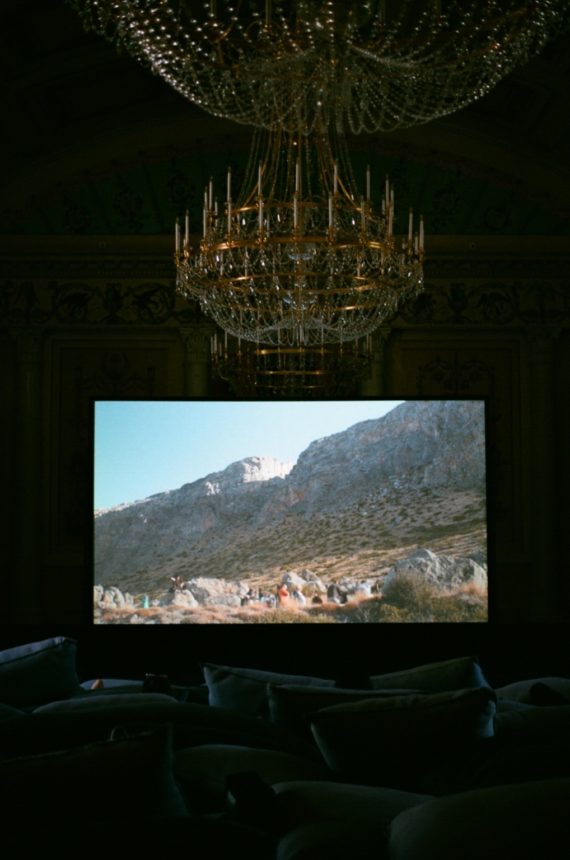 Back in Fridericianum, Hans Haake’s photographs from 1959 remind you of a visionary Documenta, in her beginnings a reactionary force, creating a reputation for being a critical marker of her times.

‘And if you find her poor, Ithaka won’t have fooled you.

Wise as you will have become, so full of experience,

You will have understood by then what these Ithaka’s mean.’

It is hard not to feel fooled by the Kassel iteration of Documenta 14, the audience is wandering around Kassel looking for something. No one is finding it. Far from rich with experience, they are left dreaming for the island of Ithaka, for the other side, wondering – what could really have been learnt from Athens? 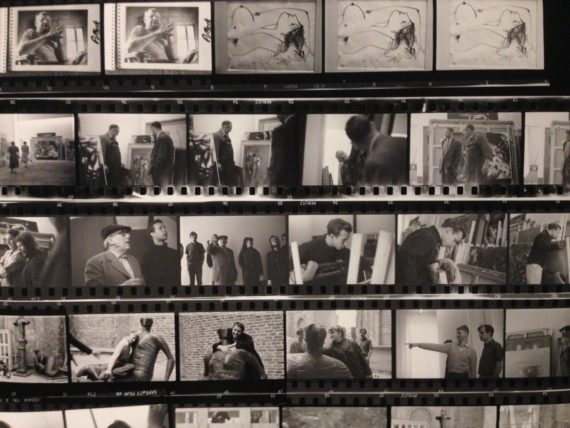