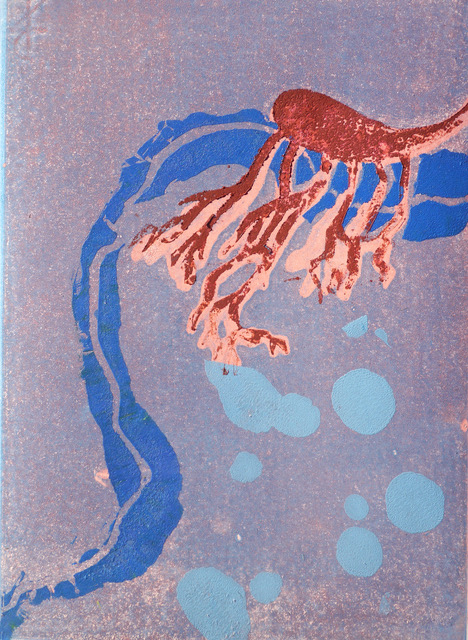 Once words come to dominate flesh and matter, which were previously innocent, all we have left is to dream of the paradisiacal times in which the body was free and could run and enjoy sensations at leisure. If a revolt is to come, it will have to come from the five senses!

It was only right that ‘The Body of Cambridge’, a performative walk by Caroline Wendling aimed at sharpening appreciation of the senses, took place on the hottest day of the year. As I gathered alongside 15 other participants by St Andrew the Great church in central Cambridge, the midday sun began to make its presence felt.  Eyes squinted, rummaging for water bottles accelerated and trickling of sweat down necks intensified. I struggled to remember a time when bodily awareness was quite so acute.

Wendling’s latest work was inspired by concern that her sense of smell was waning.  ‘The Body of Cambridge’ was a rallying cry for the act of smelling:  or ‘olfaction’ as I learnt to be its true, scientific term.  Accordingly, we were reminded of the tendency to privilege sight and sound above other senses  reflected in our habits, leisure and our ability to express what we see and hear through language. But it is the affective nature and evocative power of aroma this work convincingly argued for.

In her introduction, Wendling warned of the anxiety associated with certain smells and our concerted efforts to control them. Our relationship to the stimuli we receive through our noses is complex.  She cited obsessions with cleanliness of homes, packaging on food and the use of perfumes to mask body odour to clearly demonstrate common discomfort and acts of suppressing scent, particularly those that form naturally. The result?  We rarely allow ourselves to be guided intuitively by our nose.

‘The Body of Cambridge’ sought to inspire personal, sensory experiences but also induced collective endeavour. The artist’s generosity and attention to detail – extend by that of collaborators, perfumer Mohammad Jamal and linguist academic Rowan Boyson- were apparent from the beginning. Handmade, miniature notebooks and pencils were distributed to capture thoughts and a perfume claiming to induce happiness by capturing the spirit of Summer were offered freely to the group. My wrist was first to sample this specially crafted and pungent blend of petunia, cedar wood, lavender and bergamot. Jamal’s sensory insights added layers of specialist knowledge and enabled Wendling to execute her role of hospitable and informative guide with maximum ease and grace.

As we set off to meander through the busy market square, it became clear that the artist’s primary provocation to ‘think through smell’ was being taken seriously. The group were keen to pinpoint what is emanating from the fresh fish stall, eager to acknowledge the charring of meat from the burger vans and the surreptitious cigarette smoke wafting through the air. Noses were pressed to bricks to detect heat vapours and warm air rising from the water, as we crossed the River Cam, were inhaled deeply and with appreciation.

It was only when the sweet notes of honeysuckle hit my nose that the specific power of smell ceremoniously revealed itself. What reaches our nose does so largely by surprise and temporarily, the result of an osmotic nature and defiance against our attempts to control them.  Smells seem to short-circuit our brain and evoke memories with unequalled speed and clarity: in this case, transporting me to my Grandparent’s garden as a small child. A smell is a repository of history, able to jolt us into the present with evocative prowess.

We arrived at Cambridge University’s largest library, which is a proud, modernist brute of a building. Few structures are more greatly associated with collective memory and heritage as libraries. Its industrial inspired architecture was the design work of Sir Giles Gilbert Scott, whose other projects included Bankside Power Station, now identified as Tate Modern. Synergy between the aesthetics of both buildings was striking. Our destination, however, was the library’s prestigious and usually private Morison Historical Printing Room.

We entered via a locker area, which had immediately conjured the familiar institutional odour of sweat and disinfectant. Thankfully this was short-lived and superseded by a surge of ink fumes that had seeped into every fibre and surface as though to inhabit the room. The ability of smells to preside in buildings and contribute to a sense of place was explored by Rowan Boyson. As we took shade outside, she recalled a recent paper by English Heritage acknowledging the value of smells in the creation of cultural memory and recognition by UNESCO as indelible facets of how we remember.

Wendling’s care in securing access to spectacular locations did not go unnoticed. It also spoke of her rigorous research, forensic approach to detail and sincere interest in relationships between people and places. Such qualities particularly came to the fore in the time and spaces created through her consciously ‘slow’ approach to the walk and through more informal discussions that flowed as she assumed the position of custodian or keeper of this significant collection.

The next phase of the walk took us to Kings Fellows Garden. Like many of the 60 counterparts belonging to University of Cambridge, for many years it operated as a kitchen garden, growing and then selling its own produce. The influence of the Romantics and Aesthetics changed the focus of its use to one of relaxation and contemplation as the need for refreshing air became more keenly associated with clear thinking. It was fitting then that it was within this context I noticed the wider impact of the walk’s edict. I felt more alert, more attuned and attentive to my surroundings. Gentle chatter, slow slopping of flip-flops from floor to heel and dappled light through the trees had a new clarity and definition.

The contrast between this glorious idyll and what followed is perhaps what I enjoy most about Wendling’s work.  Just as smells arrive to us by surprise, so do subtle changes of tone and perspective throughout the artists’ walks. They may be gentle in pace and often in proposition, but rarely are they free from a difficult question or serious subject matter. ‘The Body of Cambridge’ was no exception.

We left the garden and walked for five minutes to reach a seated area. The sign on the nearest building ominously alerted us to our position within the Criminology department. As the group detected a shift in mood, I noticed a wry and knowing glance from the artist as Jamal began to offer out a new scent. This one was not to be dabbed on our wrists however. A cacophony of ammonia with acidity turned out to mirror the smell of a decomposing body: or more bluntly, that of death. Others could identify the smells of mushrooms and wood but I struggled to express what my nose was picking up. Recalling Wendling’s introduction, I reflected upon the possibility that language has evolved to describe visual stimuli with ease but lacks this acuity for scent.

This collaborative work was a well-pitched and timely riposte to Cartesian privileging of mind over body. As notions of “wellbeing” continue to define our contemporary cultural and emotional landscape, dualistic approaches to our mental and physical selves continue to sit front and centre. Wending’s carefully choreographed work wove connections between these largely disparate camps and posited philosophical questions of how we could live better with pragmatic answers. Practice is needed if we are to develop our sensual instincts and linguistic capabilities.

The Body of Cambridge was presented by ‘Something in Common’, who produce cultural events and experiences across Cambridge.