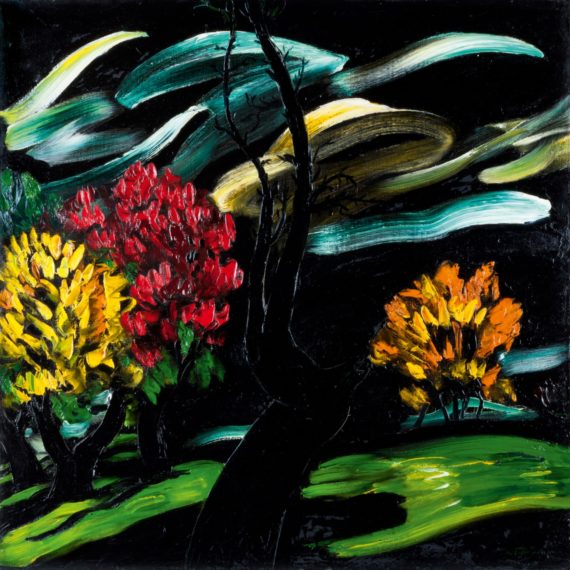 Late in 2020 the English painter, poet and art critic Alexander Adams wrote a review of a book he had taken a shine to, a German-language publication about the late Georgian neo-expressionist painter Natela Iankoshvili. He’d never heard of her, he tells me, before he discovered the book; he picked up on it because of a long-standing interest in female Soviet artists. It turns out, for Adams, to have been a very fortuitous choice of subject matter.

The 47-year-old artist is an interesting character. He’s a figurative painter, whose subject matter is generally limited to figures or landscapes. He paints only in black, white and many shades of grey, to stress “the artificiality of viewing a subject through the surface of a painting.” He also illustrates his own books of poetry. 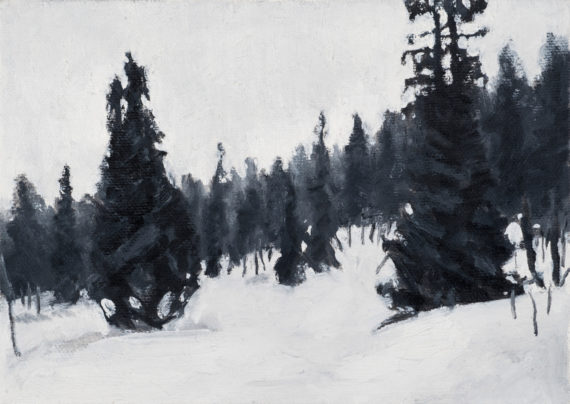 This serious representationalism isn’t fashionable, of course, and hasn’t been for a while: he feels he was forced out of the London art scene after graduating from Goldsmiths in the mid-nineties, because he refused to put an ironic, post-modern twist to his work, or move into abstraction. He has since settled in Bristol after spells in Newcastle, Wales, Alicante and Berlin, where he lived from 2009 to 2014.

As an art critic, writing in such publications as The Critic, The Jackdaw, and Russia Today, he generally refuses to consider covering work by contemporary artists, because, he says, “he’s not interested in it”. His views on the politics of art are generally controversial, often challenging the fashionable tenets of conventional art-think.

It’s no wonder that Adams was so taken by Iankoshvili, whose artistic integrity meant that she never bowed to pressure from the Soviet government to conform to their preferred style of social realism. The painter repeatedly, Adams tells me, turned down lucrative commissions so she could create the sort of art she believed in: emotional, colourful and painterly neo-expressionist works, in a style unmistakably her own. 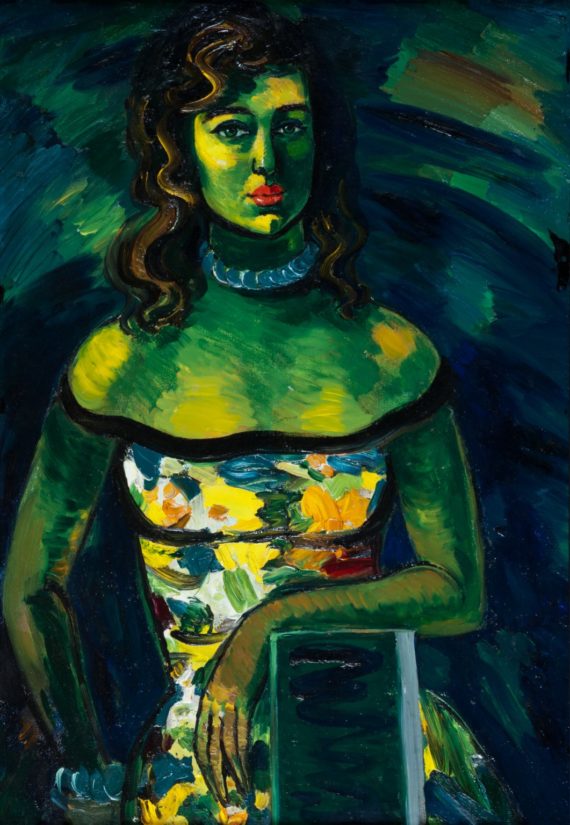 ‘The directness, vigour, romanticism and glamour of her art shrugs off the caginess of art based on systems, unashamedly embracing the subjects of the past without apology and self-consciousness,’ he wrote, by way of a conclusion, in his review of the book. “For artists seeking an antidote to the irony and insincerity of Post-Modernism, art such as Iankoshvili’s is a route to an alternative future.”

Iankoshvili died in 2007; her estate is represented by the Berlin-based Galerie Kornfeld, run by her compatriot Mamuka Bliadze. Bliadze enjoyed Adams’ review, and, discovering that the Englishman was an artist as well as a critic, took a close look at his work. At first, Adams’ monochrome visions appear a world away from Iankoshvili’s evocative palette-knife swishes of yellow and green shining out of a dark, dark background. Look closer, and there are similarities beyond the fact that they have each ploughed their own artistic furrow, regardless of the fashions of the day: they specialise in both the human figure and landscapes; they were both influenced by a compatriot enfant terrible of the previous generation.

For Iankoshvili, this was Niko Pirosmani (1862-1918), the self-taught artist who painted his folksy, primitivist images on black sail canvas as he couldn’t afford more conventional artists’ materials. Iankoshvili’s first step for any painting would be to prime the canvas black or dark green: her images always explode out from murky backgrounds. Like Pirosmani, what she painted was largely what she knew, scenes from her day-to-day life (though it must be said that she did enjoy fruitful trips to Cuba and Mexico in the early sixties).

For Adams the big influence was Francis Bacon (1909-1992), who he calls “the most exciting British painter of the 20th century”. “I want to do something similar”, he tells me, “in terms of freshness, and energy, and psychological striking power.” You can immediately see Bacon’s influence in his recent series of defaced figure paintings, which recall the Dublin-born painter’s late 40s ‘Head’ series, and his exploding Popes from a few years later. 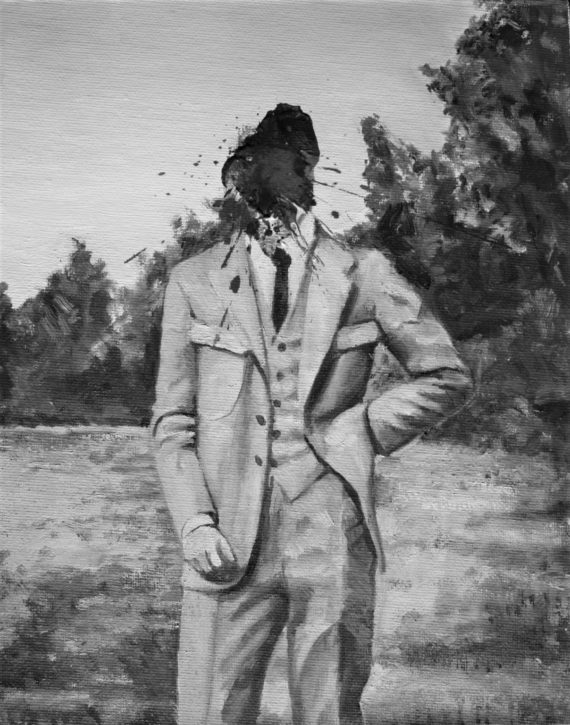 Mamuka Bliadze liked Adams’ work so much that he decided to make him an invitation he couldn’t refuse. “He contacted me,” says Adams, “and said: ‘you seem to respond very well to her work, and we can see some links between your work and her work… would you like to exhibit with her in our gallery in Berlin?’”

Adams had had no previous dealings with the gallery – despite all those years in Berlin, he’d never visited – so the invitation came out of the blue: “I was delighted, and really thrilled”. He immediately set to work on some pieces specifically created for the exhibition: a series of defaced monochrome figures based on old photographic portraits. He also picked out some previously completed landscapes, featuring the countryside in central Sweden, Antarctica, and Canada. These paintings represent an important link, for him, with Iankoshvili: “I responded quite strongly to her landscapes, in particular, with their heavy expressionism, the use of the palette knife, and so on. This reminded me a little bit of Bacon’s landscapes in the 1950s, when he was experimenting with a painterly style.”

The resulting exhibition, running from June 26th to July 31st, is entitled ‘The Day I Never Met You’, and billed as a ‘conversation’ between the two artists. Sadly, due to lockdown restrictions, Adams will not be able to attend the show, but he believes his association with Iankoshvili will have a lasting effect on his art. “Something will come as a result of this interplay between us,” he asserts, in conclusion. More green and yellow in his palette, perhaps? “Unlikely,” he smiles. “But we’ll see.”

The Day I Never Met You’ is on at Galerie Kornfeld Fasanenstraße 26 10719 Berlin, Germany from 26 June to 31 July 2021 and online at www.galeriekornfeld.com