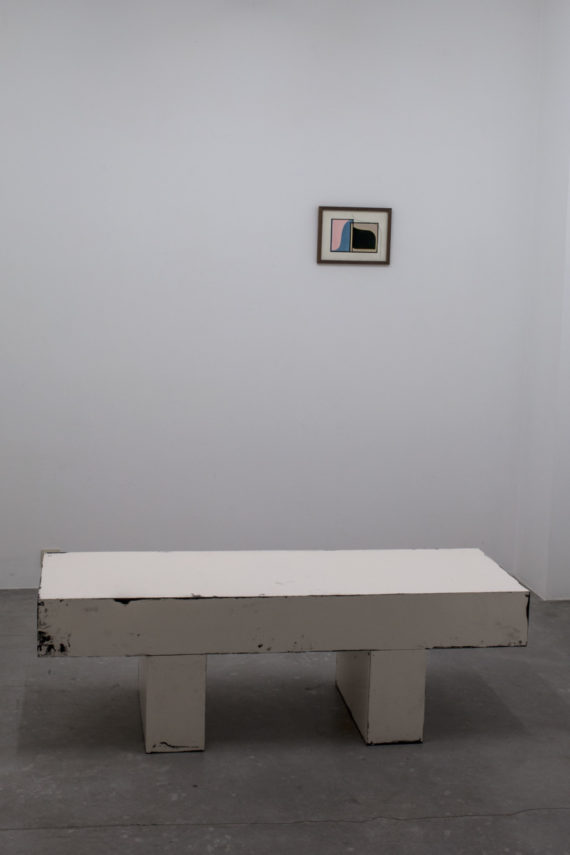 I arrived a little early to the show having been given the wrong time by someone I had met in the day. The show was recommended to me by two separate people I had encountered, which was encouraging, as I had to extend my visit to the city in order to attend. So I arrived to an empty gallery, which was a little difficult to find. The doors were open and I met the proprietor who encouraged me to take an early look.

I wandered around the sparsely populated gallery and took a few pictures. As I explored and examined the bold imagery of each painting, I became aware of a feeling of isolation. This may have been intended by the artist (although she assured me it wasn’t when I had the good fortune to meet her later) or perhaps it was my own experience of being almost alone in a gallery in a foreign city?

How I had come to be there is somewhat of an oddity. My car had broken down on my way back to England after attending a wedding in Italy. I had been directed to a hostel which happened to be located next to an art museum. During a conversation with some of the staff, the show was recommended to me and again the following day during a chance encounter. I felt that this experience warranted further investigation due to the curious sequence of events which had led me here.

I took my time, attempting to experience each element on display in its entirety. All of the paintings shared similarities, duality, high contrast, replication of shape, however there were frequent and subtle differences in medium and backdrop materials. I noticed that the lines of each were incredibly sharp yet signs in the paint indicated that they were painted freehand and not ‘masked’. I was unsure of the significance of this, it was just something I happened to notice as a painter myself. After a while I decided I had gained as much from the experience as I could without others present, so I went over the road for a coffee and waited until the official start of the event.

I returned about an hour later to a very well attended exhibition. The atmosphere was completely different to the empty building I had encountered an hour previously. There was a definite shift in the energy of the show, yet there was a familiarity which seemed to permeate the room as before. To me it felt as if there was still a duality present, some force which separated the audience from the work. Not in any negative sense, as if it were intentional.

After a while Peggy Honeywell, the artist, took to the stage in her persona as a folk musician. She began to play a selection of haunting melodies with accompanying vocals. The barrier between artist and audience seemed to intensify. There was a curious sense of separation, although it was not clear between who or what. After the performance I spoke to the artist and asked her if any of my thoughts and feelings had accurately decoded the artist’s intentions. She assured me that I had not.

I can only speak from my own experience and interpretation of events. In this case the show, the exhibition and my personal experience led to an exciting event which was stimulating and thought provoking. I would actively encourage others to visit Alice gallery as a cultural experience in itself. Also, given the opportunity to see the work of Clare Rojas, I would recommend experiencing it first hand, interesting work, interesting artist.